Jaeger-LeCoultre (JLC) has introduced a new limited-edition timepiece created in partnership with Mr Porter – the famous online retailer for high-end luxury fashion for men. The wristwatch celebrates the upcoming retro spy film The King’s Man. Directed by Matthew Vaughn, the movie stars Ralph Fiennes, Daniel Bruhl, and Gemma Arterton and is a prequel to the two Kingsman films. The movie is set in the years before the First World War and demanded a period-correct timepiece. As a result, the Jaeger-LeCoultre Master Ultra Thin Kingsman Knife Watch is inspired by a vintage ultra-thin pocket watch; more specifically, a 1907 Jaeger-LeCoultre pocket watch nicknamed “couteau” (French for knife). 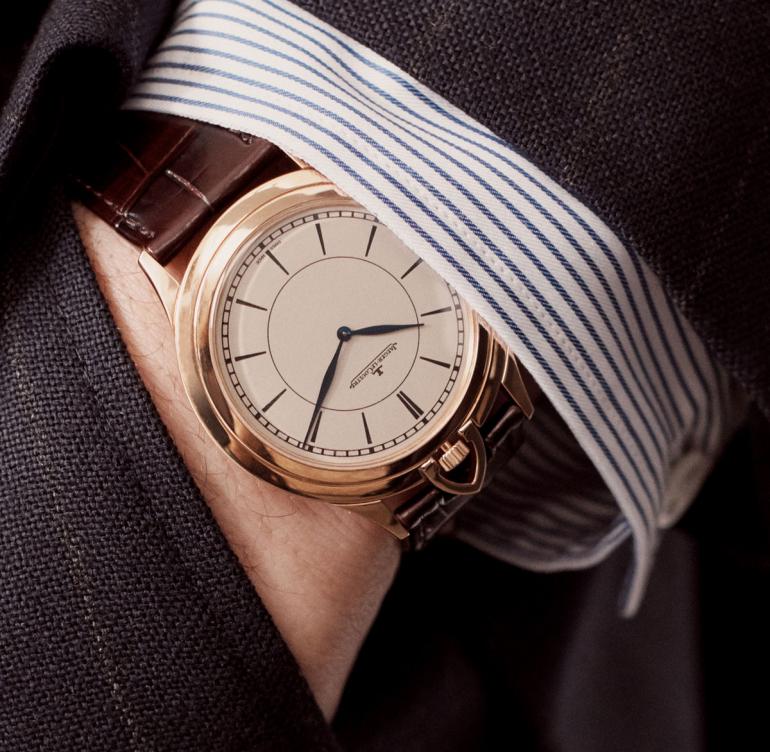 The most noticeable design element of the Kingsman Knife Watch is its crown which is at 12 o’clock and protected by a triangular bow. The position of the crown is a nod to its pocket watch origins. The pink gold case is razor-thin measuring 4.25 mm, making it the thinnest offering in the JLC’s line-up. The round case has double-stepped bezel which not only gives it an illusion of depth but also gives it an old-school feel. The dial uses railway minute track with simple printed baton hour markers and leaf hands in finished blue. The new timepiece also marks JLC’s return to the ultra-thin cal. 849, which was once the staple of the watchmaker’s ultra-thin line-up. The hand-wound movement offers a power reserve of 36 hours. The limited-edition watch is paired with a brown alligator with 18k gold pin buckle. Limited to only 100 pieces, it is priced at $29,800 and will be exclusively available at Mr Porter from July 20 to September 6. It will then be available from Jaeger-LeCoultre’s e-commerce store and physical boutiques starting September 6. 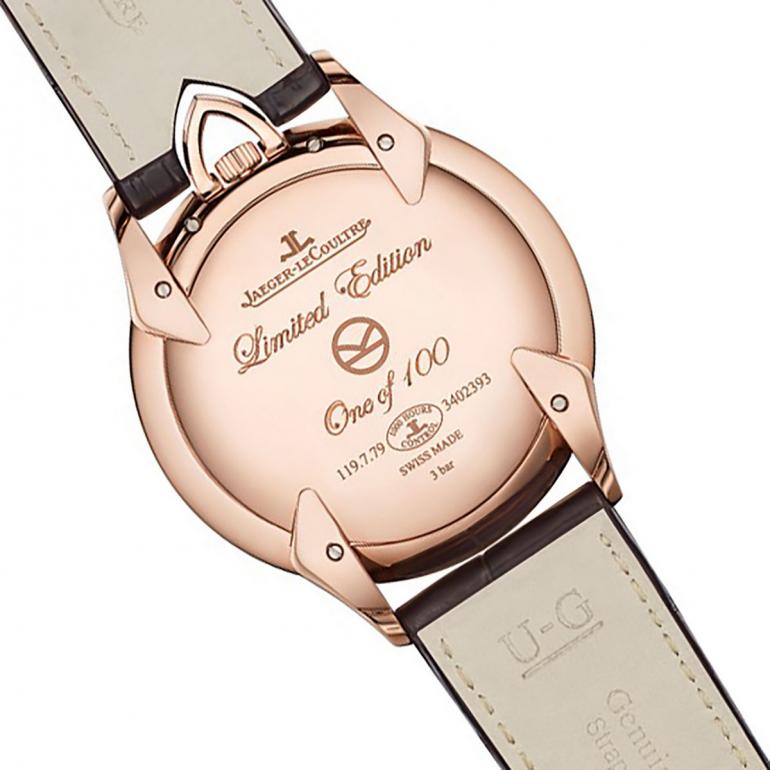 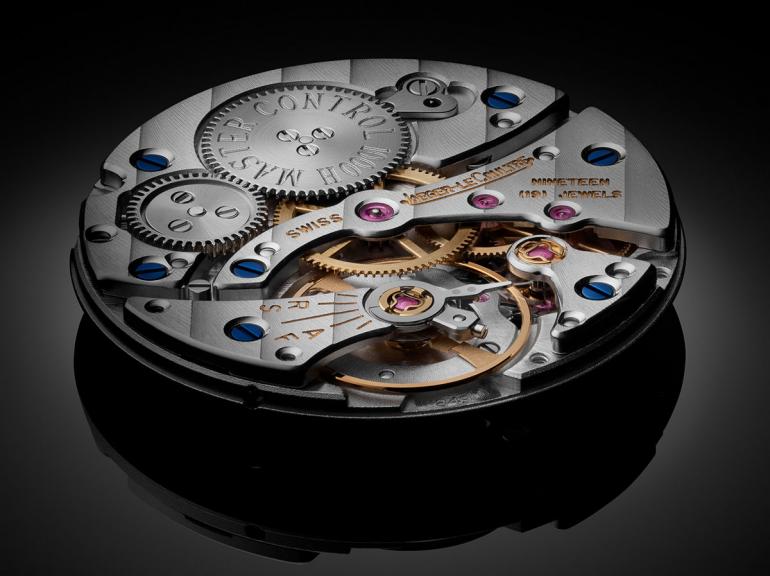 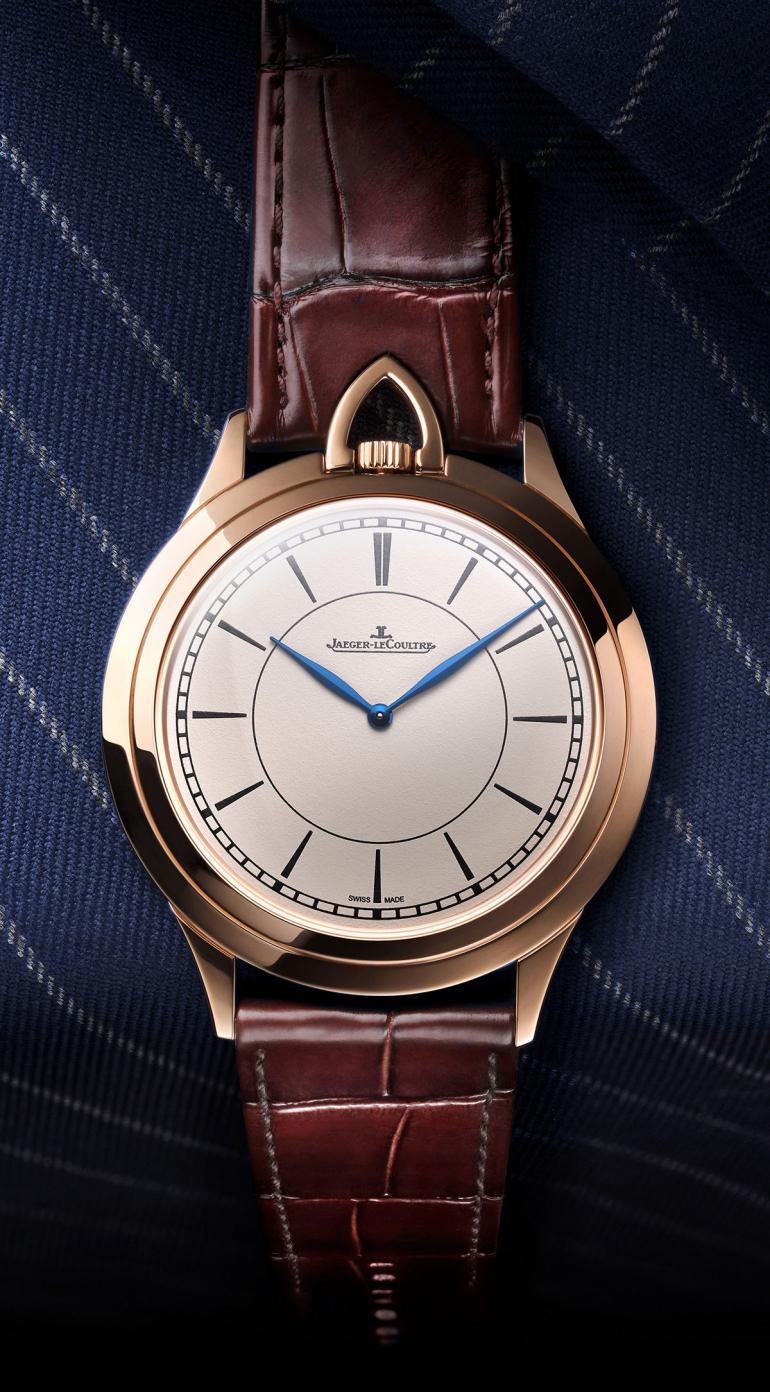