For it’s 180th anniversary, Jaeger-LeCoultre decided to pay tribute to it’s founder, Antoine LeCoultre through a special Jubilee collection. This bouquet of watches was unveiled exclusively at the Salon of Haute Horlogerie. The collection made up of three watches celebrates Antoine LeCoultre’s spirit of adventure and the 180-year history of the brand. Right from its inception, Jaeger-LeCoultre has pushed boundaries of watchmaking and has always endeavored for creativity and precision in their watchmaking. 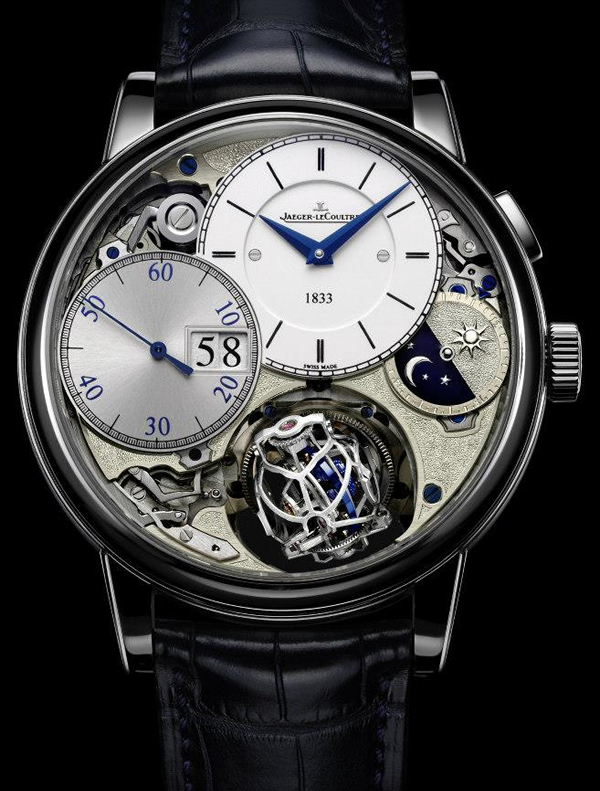 Master Grande Tradition Gyrotourbillon 3 Jubilee – The first in this collection is also the masterpiece of it; the gyrotourbillon is an authentic 21st-century watchmaking sensation. For the first time, this watch has been created using a flying tourbillon, a blued gold balance, and a spherical-shaped balance spring. Typical of their tradition Jaeger-LeCoultre has achieved another feat with this watch by combining the precision of the spherical tourbillon with the first instantaneous digital display chronograph. The aesthetic of this masterpiece has been directly inspired by the time-honored watchmaking art of the 19th century. The engineers at Jaeger-LeCoultre have combined technical inventiveness with a degree of refinement to create a technically brilliant watch whilst still being aesthetically pleasing. 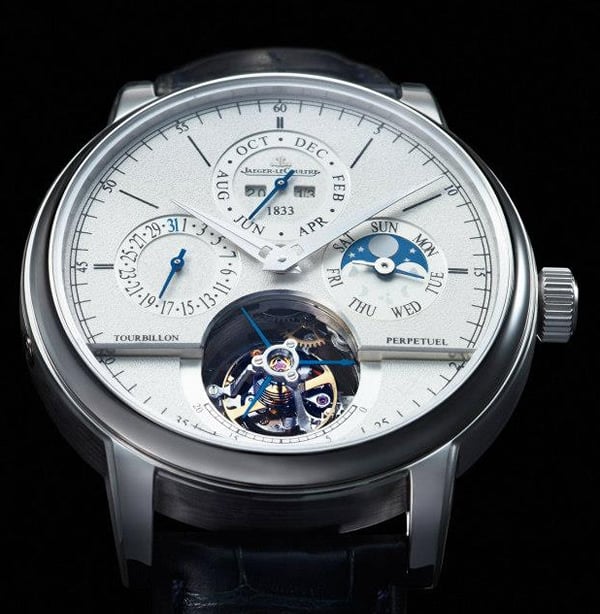 Master Grande Tradition Tourbillon Cylindrique à Quantième Perpétuel Jubilee – This model has been inspired by the 19th-century perpetual calendars and pays tribute to Antoine LeCoultre and the brand’s 180-year traditions by achieving an authentic mechanical feat. The Master Grande Tradition Tourbillon Cylindrique à Quantième Perpétuel has been dedicated to collectors and devotees of the watchmaking art. The movement is a new automatic winding mechanical movement of Calibre 985. The tourbillon is equipped with a cylindrical balance spring, thus embodying what can only be considered a miniature watchmaking revolution. Aesthetically this watch strikes the perfect balance between the classicism of the 19th century and the relevance of the 21st century. The extra white platinum case and design details such as hour markers, traditional minute circle, and Silver-toned grained dial finish hark back to the classic pocket watch style. The watch has been created in 180 piece-limited quantity to reflect the brand’s 180-year history. 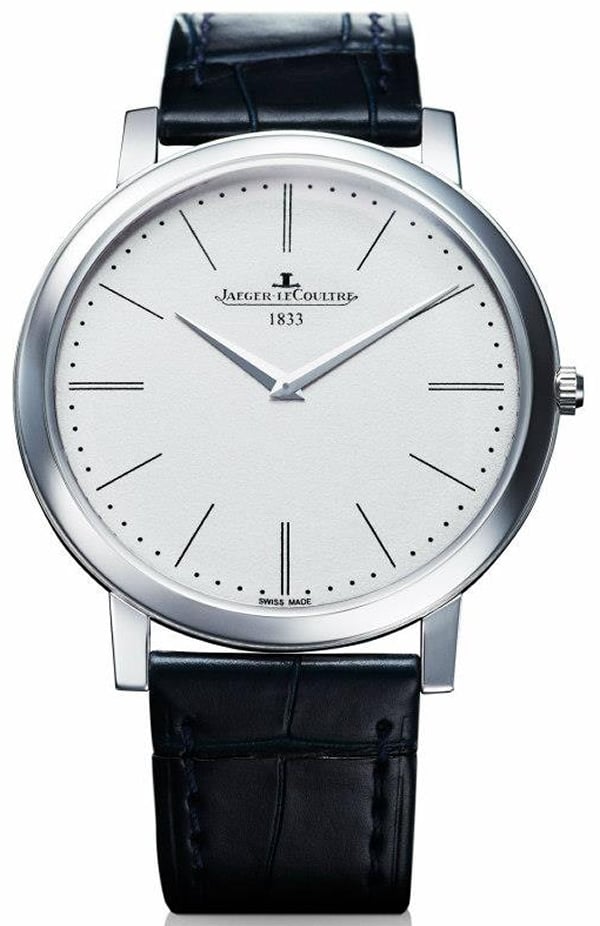 Master Ultra Thin Jubilee – The Master Ultra Thin Jubilee is the thinnest mechanical manual winding watch in the world, thus paying tribute to Jaeger-LeCoultre’s dedication to precision and innovation. At 4.05mm thick, it sets a new record for slenderness in the watchmaking world. An ultra-thin pocket watch created by the brand in 1907 directly inspired the watch. The case has a distinct “knife-shaped” ultra-thin case in extra white platinum that measures 39 mm in diameter. The watch radiates with an admirable sense of elegance and clarity as its heart beats with the mechanical winding movement 849. To mark the 180th anniversary of watch-making Maison, the date 1833 has been placed beneath the logo. This piece has been limited to 880 pieces. 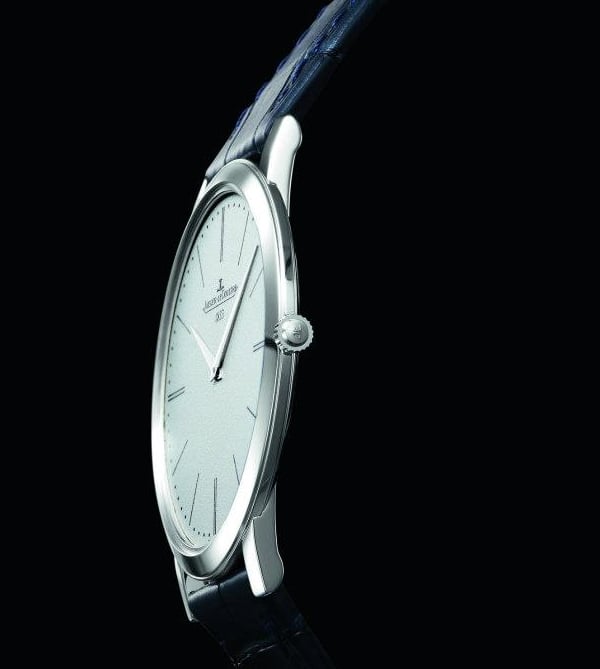 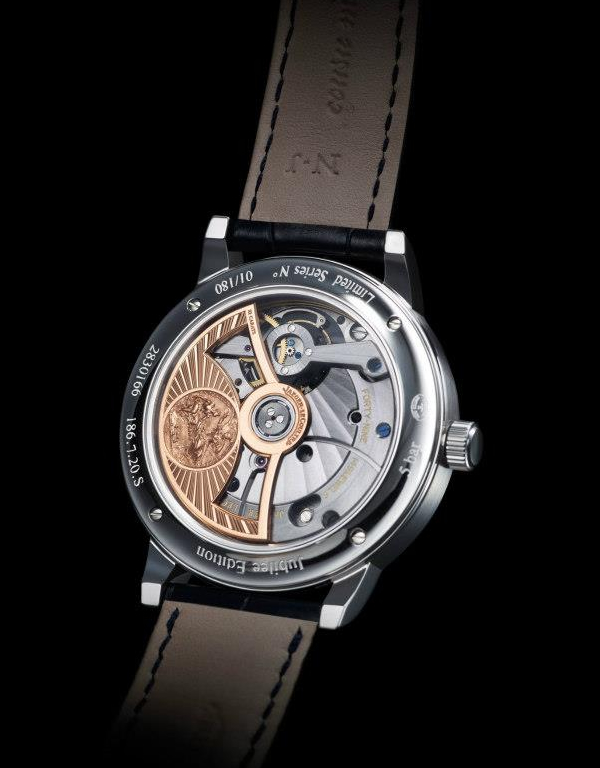