Jaeger-LeCoultre has unveiled a reincarnation of its 1931 Reverso model of watches, which was at the time considered an icon in watch-making. The Reverso One High Jewelry comes studded with a bevy of baguette-cut diamonds, protecting a mother-of-pearl dial. The watch’s beauty is its Duetto concept offers a different display on the back – a deep black aventurine dial with diamonds outlining the hour and minutes indicator. This “back-to-back” dial offers the watch a mysterious appeal and a dual personality. 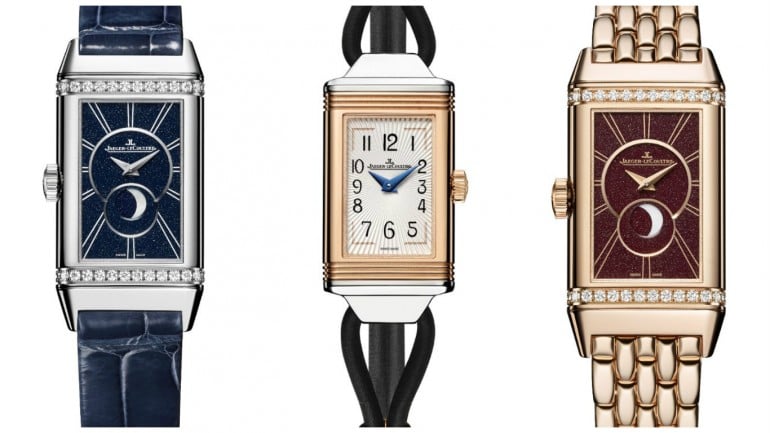 The Reverso was created by French designer René-Alfred Chauvot on the request on a contract with Jaeger SA, who was contacted by Jacques-David LeCoultre, the then owner of the LeCoultre manufacture to provide the “movements of a new watch”. LeCoultre received this request from Swiss businessman and watch collector César de Trey who was challenged by a British army officer based in India to “create a watch model robust enough to resist to a polo match.” So what eventually started as a project to prove worth ended up being a revolutionary fashion statement. At the time, in the 30s, the Reverso with its unique flip and slip movement became a raging hit. 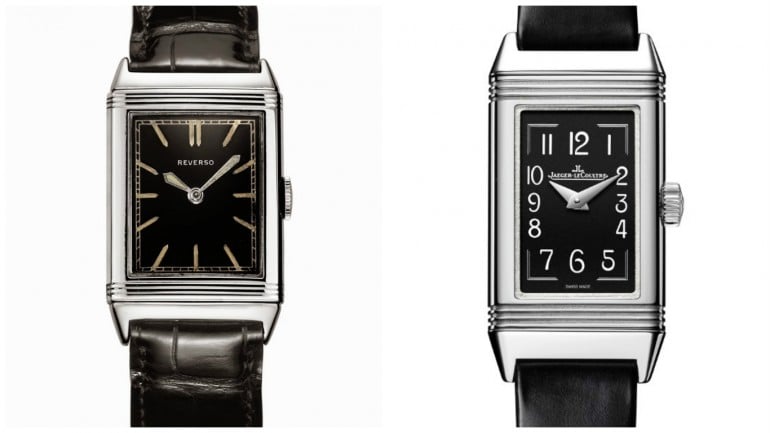 The Reverso One High Jewelry comes in a white gold case and a satin black strap. 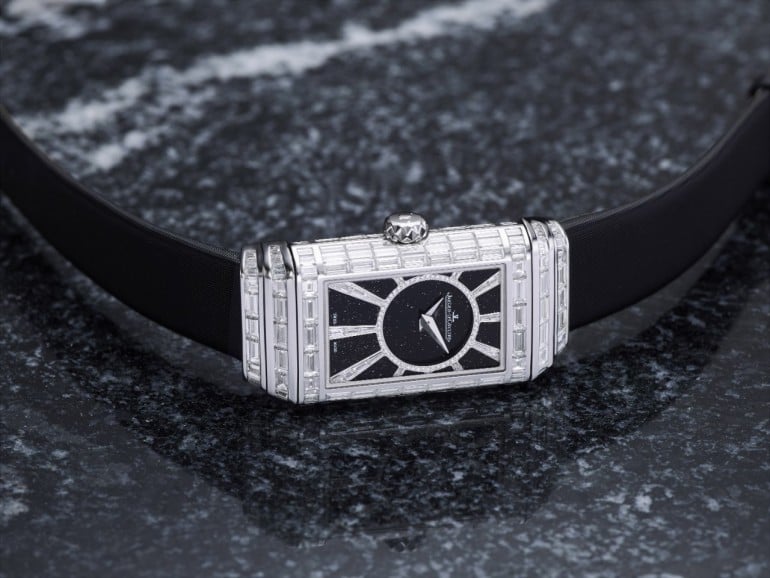