Jaeger-LeCoultre showed off yet another stunning wristwatch at SIHH 2016, the technologically advanced and extremely well crafted Reverso Tribute Gyrotourbillon. Equipped with a Jaeger-LeCoultre manually-wound Calibre 179, the watch sports a new Gyrotourbillon that makes it unique. The watch has an entirely open-worked dial, which along with the Gyrotourbillon, gives it an extraordinary look. The front of the watch features a finely grained white round dial coupled with blued steel Dauphine-type hands. A day/night indicator has been cleverly incorporated at the 11 o’clock mark. To display the seconds on this watch, Jaeger-LeCoultre has included a graduated disc rotating at the cadence of the Gyrotourbillon. A small blue arrow on the left of the disk works as the indicator.


On its back, the Reverso Tribute Gyrotourbillon also sports an open-worked movement with a day/night indicator in 24-hour mode. The watch’s manual winding caliber packs 385 parts with a power reserve of 38-hour. The watch will be available with a platinum case and will be limited to only 75 pieces, making it an extremely rare. There’s no news in regards to the price tag of the Reverso Tribute Gyrotourbillon, though we do expect it to be quite a pocket-burner, given its pedigree and magnificence. 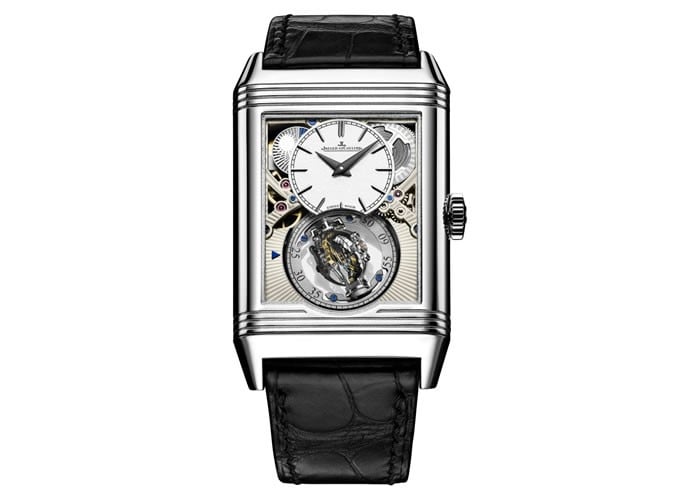 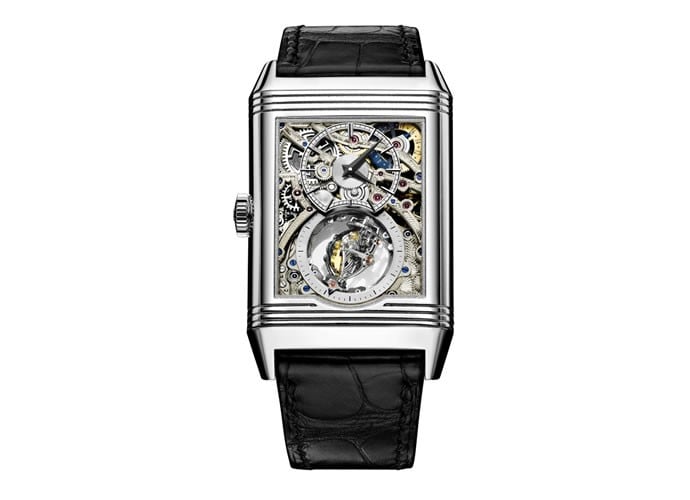 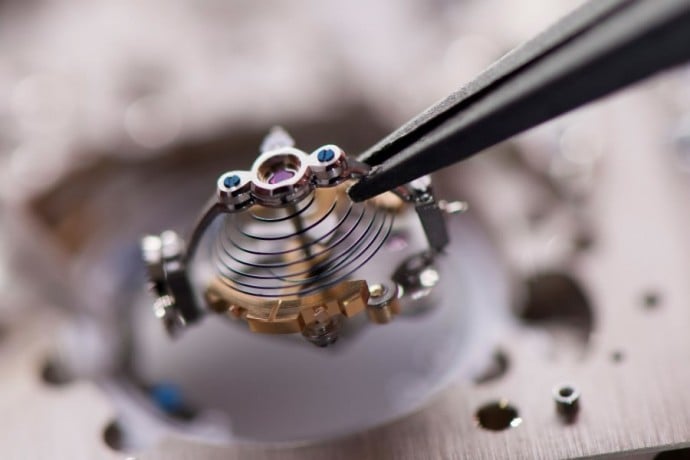