We are one among many appreciators of the union of Aston Martin and Jaeger-LeCoultre. The collaboration of the two has unlocked the doors to a whole new world of technological innovations. Taking their merger to a whole new level and redefining the term keyless entry, Jaeger-LeCoultre has now unveiled their latest creation, AMVOX2 DB9 Transponder timepiece. A creation solely for the sleek Aston Martin DB9, the AMVOX2 DB9 Transponder watch boasts of a touch-sensitive sapphire crystal face. On touching the glass where it says “open” (between eight and nine o’clock), it unlocks the doors to your wheels. The same process is repeated for locking the door. Just press where it’s written “close” (between three and four o’clock), and your DB9 locks itself up. When both the open and close buttons are pressed simultaneously, the car’s headlamps turn on, allowing you to easily locate your car (while the car remains locked). The timepiece achieves this technological feat courtesy of a micro-transmitter, which is built into its titanium frame.

The high-tech watch that makes driving the sleek DB9 even more awesome is available to order from the Aston Martin dealership network for a price of $24,400. 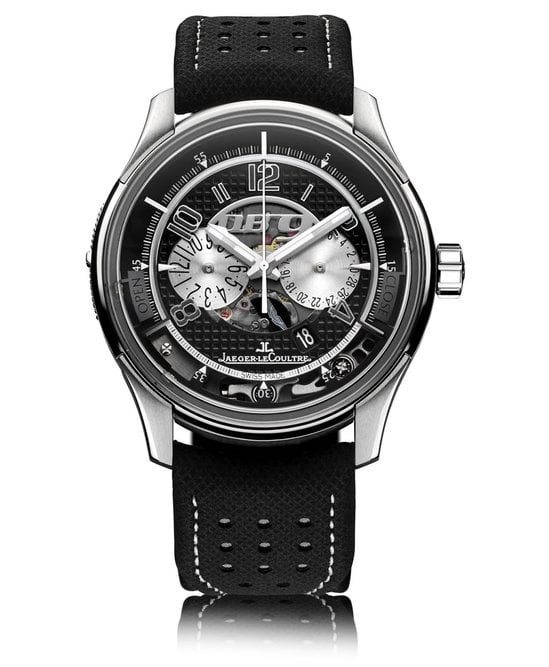 Tags from the story
Aston-Martin, Jaeger-LeCoultre