Every year Jaquet Droz presents a dedicatory timepiece inspired by the change in the Chinese zodiac cycle. At the beginning of 2015- the year of the Goat, the Swiss watchmaker will launch two new models in honor of the domesticated animal. It is a way for the brand to pay tribute to its ties with China since the 18th century. Jaquet Droz Petite Heure Minute Goat is available in two different versions, white gold and Jaquet Droz blue (and grey alligator strap) or in red gold paired wine burgundy color (and black strap), limited to just 28 pieces each. 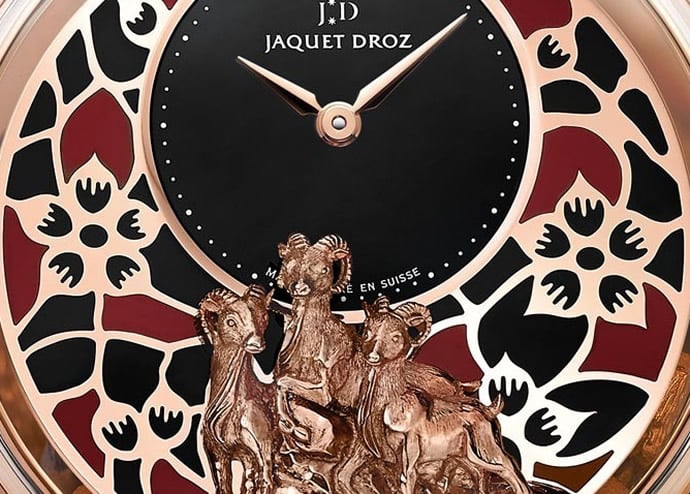 The Year of the Goat is the eighth sign of the 12-year sequence of animals that appear in the Chinese zodiac. The Goat is a symbol of imagination, creativity and a world of pastoral riches. The artisans of the Jaquet Droz Ateliers d’Art reproduced the powerful symbol on the dial of the Petite Heure Minute models with not just one but three goats. Springing from the summit of an imaginary mountain, like an allegory of achievement and the hope of success for the year ahead, the three animals astonish with their striking realism. Each element of the body, each minute detail, is thrown into relief in three dimensions. 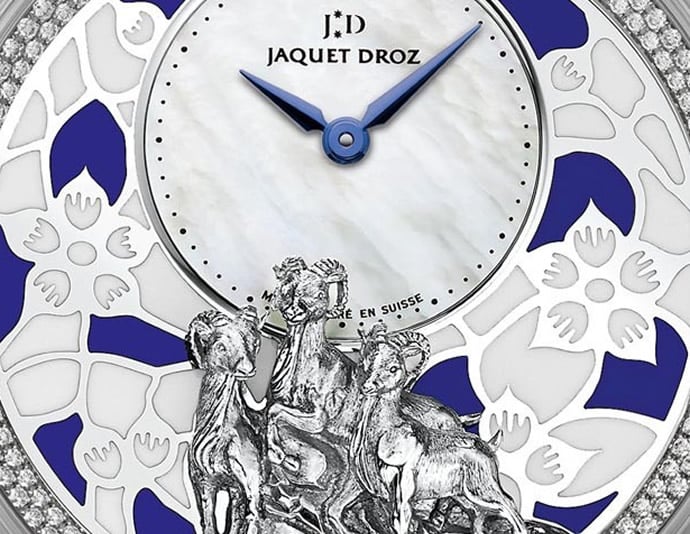 The goats are set against the backdrop of a stylized dial, made of white mother-of-pearl or black onyx, evoking a motif of plum blossom, one of the four noble flowers featured in Chinese traditional iconography. These two materials reappear on the underside of the oscillating weight surmounted by a ram’s head of the Jaquet Droz 2653 automatic movement.

READ:  Montblanc uses the purest form of coal for its Star Legacy watches 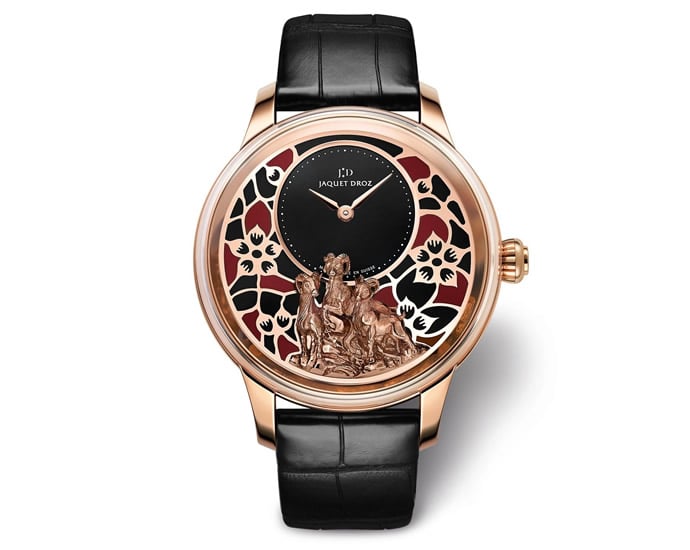 To create the stylized plum blossom, “meihua” in Chinese, the Ateliers d’Art used champlevé enameling. The finished dial is reminiscent of the exquisitely fragile masterpieces of “Jianzhi,” the Chinese art of paper cutting that dates from the middle of the first millennium. 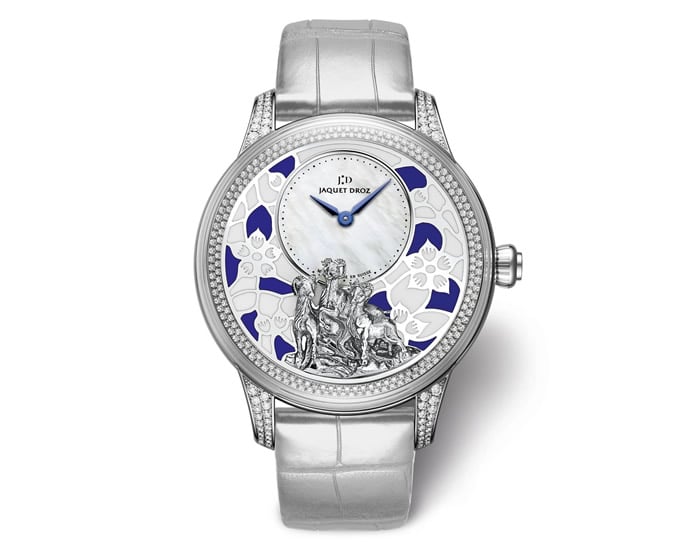 The watch measures 41mm in diameter and 13,77 in thickness, and it is water resistant to 30 meters.