Some of us would remember the shapely number 8 from the dial of Jaquet Droz’s Grande Seconde. The curvaceous digit is recreated to give a sense of time as well as a sensuality of shape in their new ‘The Lady 8’. Also the sultry symbol of infinity, it appears on the case and the buckle of the feminine timepiece. 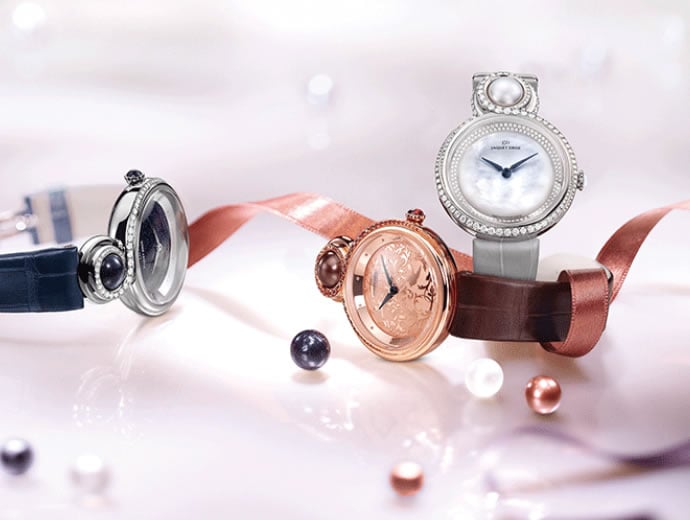 Its domed sapphire glass, dial and hands accentuate the three-dimensionality of the fine jewelry model, studded with garnets or diamonds in white gold. The bezel intertwined with a gem-set ribbon highlights its curves with grace. Its crowning glory, however, rests with the pearl or a round precious stone set at the top to heighten its haute-ness. 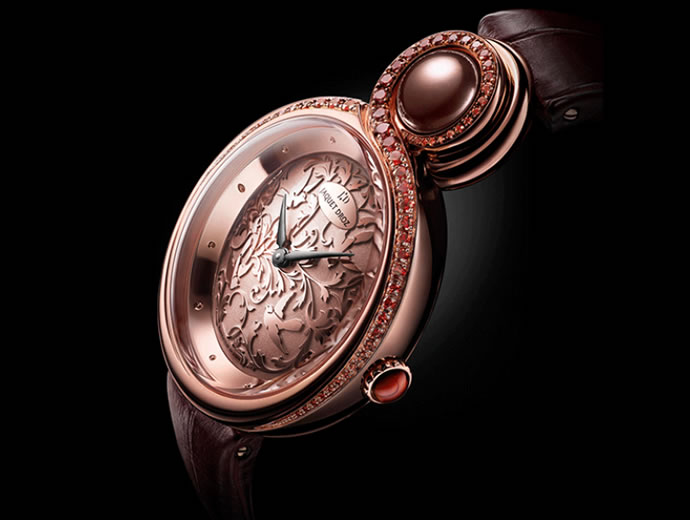 Each version of the dial is associated with a moving stone of a similar shade. The lugs give fluid way to an alligator strap attached to the case, which comes in gem-set white or red gold or stainless steel. Specially created for this model, the folding clasp also takes the shape of the figure, eight, reaffirming the striking identity of the Lady 8 even on the inside of the wrist. 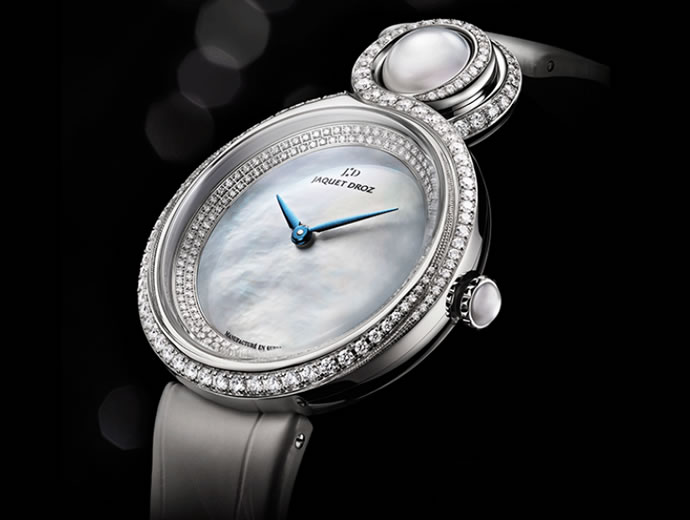 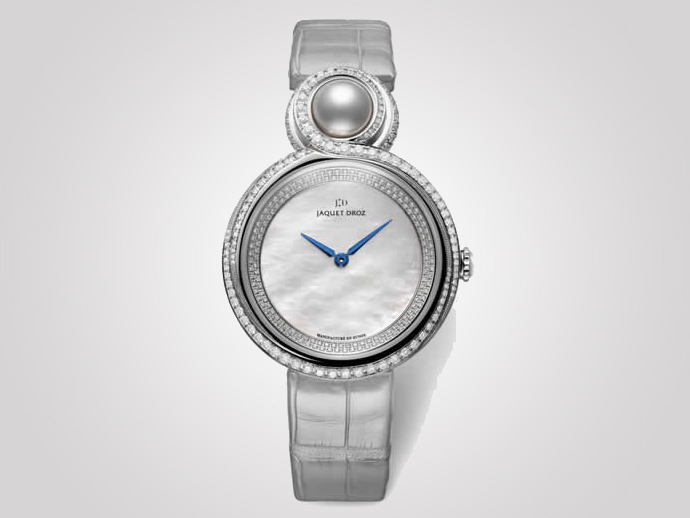 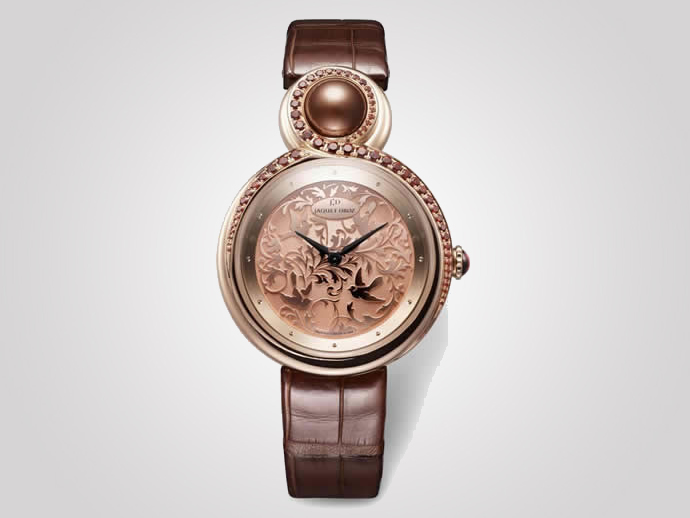 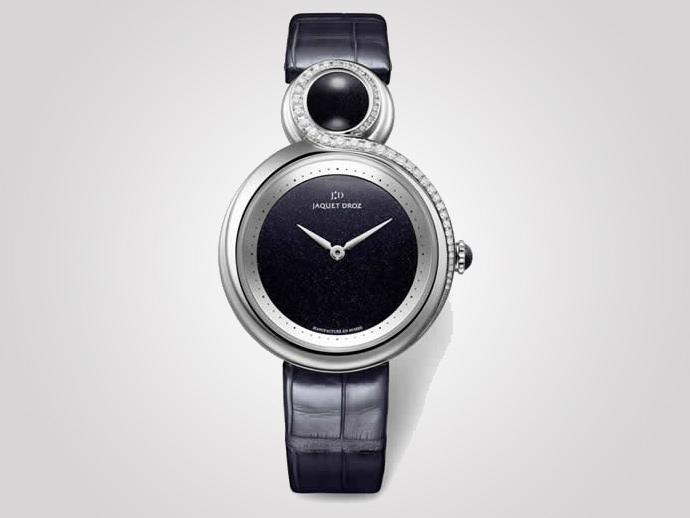