Already known for their complex timepieces and automatons, MB&F have debuted yet another delightful object that will enthrall and fascinate. The automaton itself is a called Kelys & Chirp and is named for the two creatures that it includes. Kelys is a tortoise that walks slowly, moving his head curiously to take in the surroundings. As he walks, a panel on his shell opens up to reveal Chirp, who sings excitedly through a beak that opens and closes realistically. 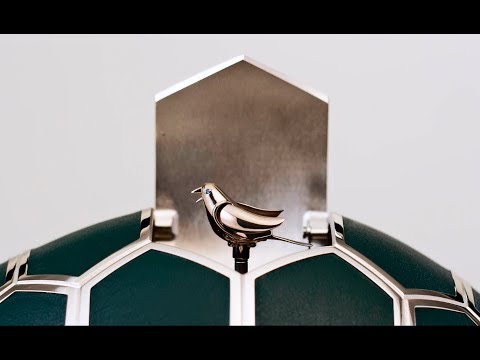 This new co-creation was developed by REUGE, the mechanical music specialists, along with Nicolas Court, one of Switzerland’s most talented automaton experts. The toy itself looks simple but it’s full of complicated mechanisms, like an integrated mechanical sensor that ensures that Kelys doesn’t walk off table or desk tops. Unconventional gears and cams were used so that Kelys’ walk closely imitates a real tortoise’s gait and a switch in the tail allows users to see Chirp the bird and hear its song even when Kelys is stationary. 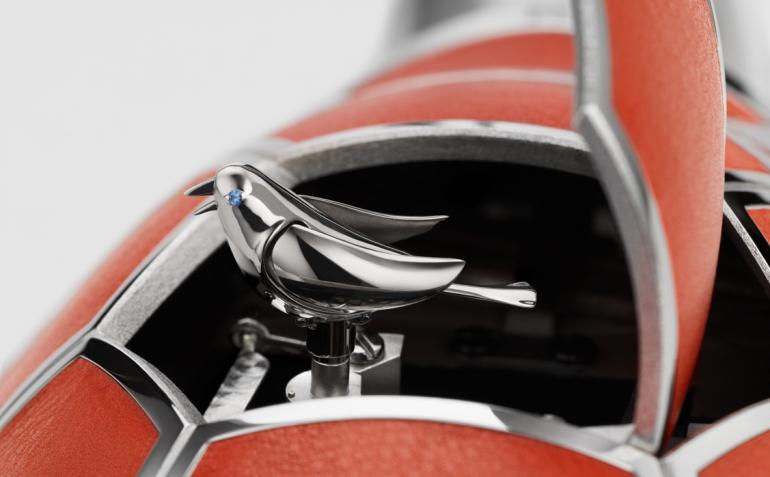 480 components and countless hours of artistry have gone into the creation of this uniquely creative device. Kelys & Chirp is available in 4 limited editions of 18 pieces each in blue, green, yellow or ochre. Each unit of Kelys and Chirp is priced at CHF 49,000 ($49,472) plus taxes. 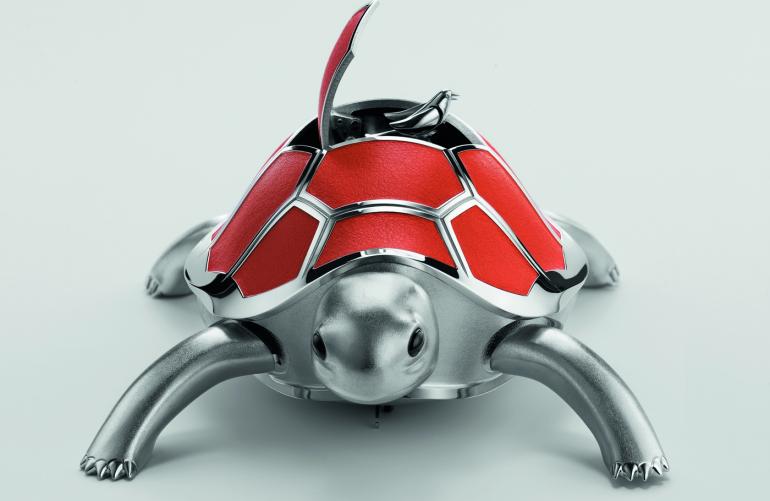