It’s that time of the year again when big watch brands armor up for Baselworld 2012. If the world was too much for you to deal with, here’s how you can go to the moon and back. One of the early birds is AHCI’s new Lunochod Retrograde unveiled at the Top Marques 2011 Exhibition in Shanghai. This watch will debut at Basel 2012. The complex movement that powers the watch features a “fixed, three-dimensional spherical Moon with a silver hemisphere that rotates around it to indicate the lunar phase.” Limited to 8 watches only, Konstantin Chaykin, who created the chronograph, found eight perfect 12mm saltwater pearls from hundreds perfect for the watch.

Crafted as a tribute to the “Russian space exploration, innovation, and engineering,” “Lunokhod” or the “moonwalker” (Луноход), gets its name from the Soviet Union space program’s Lunokhod-1 which was their first lunar rover. The watch set in an 18-carat yellow gold 50 mm x 10.7 mm case boasts a 48-hour power reserve and Hours, minutes, lunar phases, and day/night indication functions. 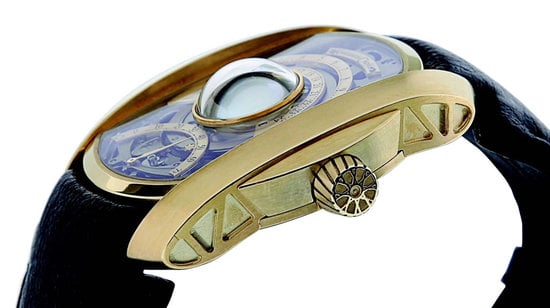 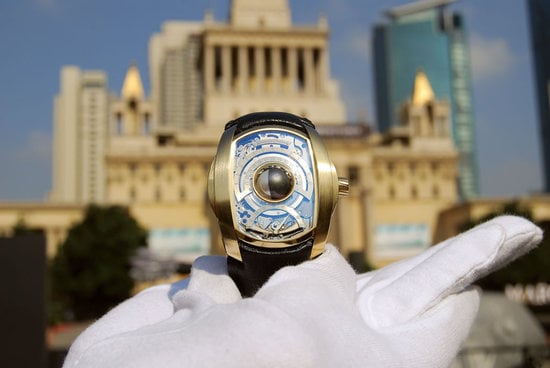 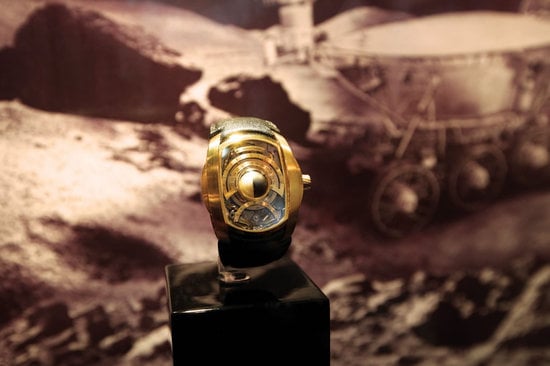 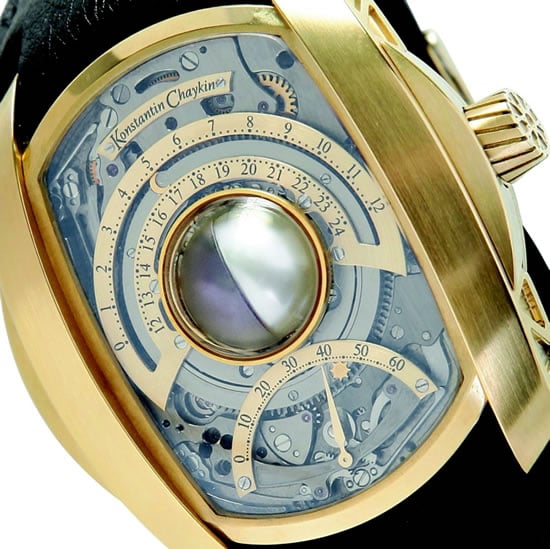