Van Cleef & Arpels’ faith in fairies has been evident be it through the Charms Extraordinaire Mugue or Charms Extraordinaire Féérie Dandelion from SIHH 2013. As have been, its exquisite engraving techniques. Both now find beautiful bearings in the maison’s latest Lady Arpels Féerie Rouge timepiece. 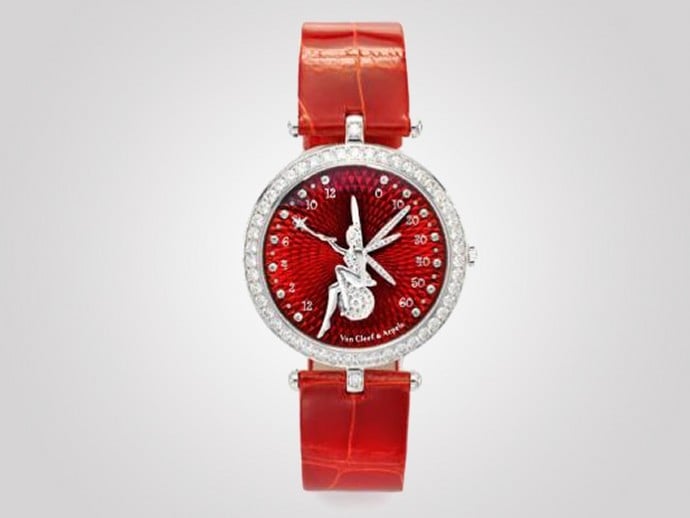 Elegantly resting within the ruby red dial, the fairy indicates the passing hours with her magic wand and the minutes with her fluttering wings. As for the latter, ‘engraving techniques,’ they are found in the art of “guillochage” or the 16th century craft of watchmaking. Engulfing the dial with a pattern of intersecting lines, this particular technique provides it handcrafted depth before a Grand Feu enamel coating lends it that understated sheen. 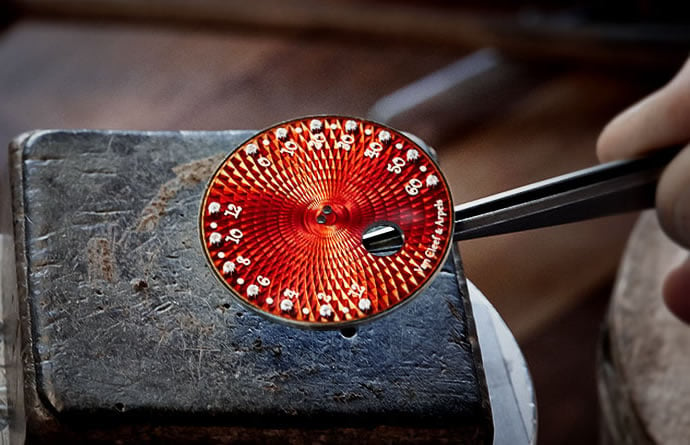 The watch features a swiss mechanical movement, which takes after the Jaeger-LeCoultre 846 movement with a retrograde module developed exclusively for Van Cleef & Arpels. The retrograde hour and minute hands ensure that rather than travel in a circle the hands trace an arc before jumping back to their initial position in order to begin another spectacular journey. Thus giving us yet another exemplar of savoir-faire and a great example of wearable poetry. 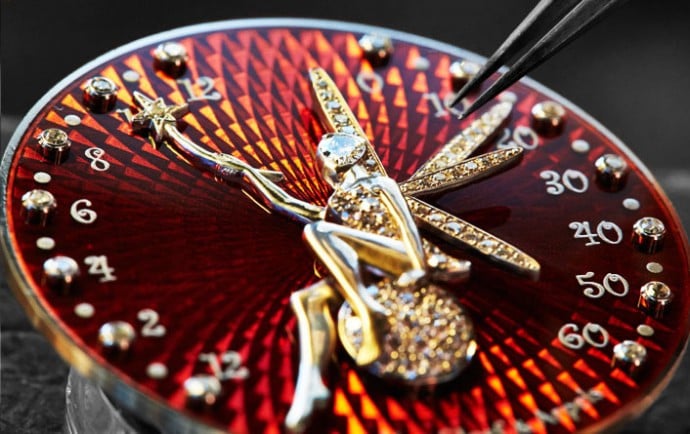