A precious part and parcel of the horological world is the chronograph. Before the swish technological wonder is taken for granted beyond forgettable limits, it is best to remind the world of its lesser-known creator– Mr. Louis Moinet. Aiding the fact that Moinet must receive his fair share of pride and appreciation is the Guinness book that recently bestowed the coveted award for the ‘first chronograph’ on the brand.

Invented in the year 1816, with the use of the “Compteur de Tierces”, Moinet has received substantial credit for his work within the watchmaker’s network. However, the status of his fame stood to stagnate at just that, which is now due for change with an entry in the celebrated Guinness book. The firm expects the award to open up ways for greater public awareness for the brand, with worldwide recognition that crosses borders and extends well beyond the world of fine watch connoisseurs. 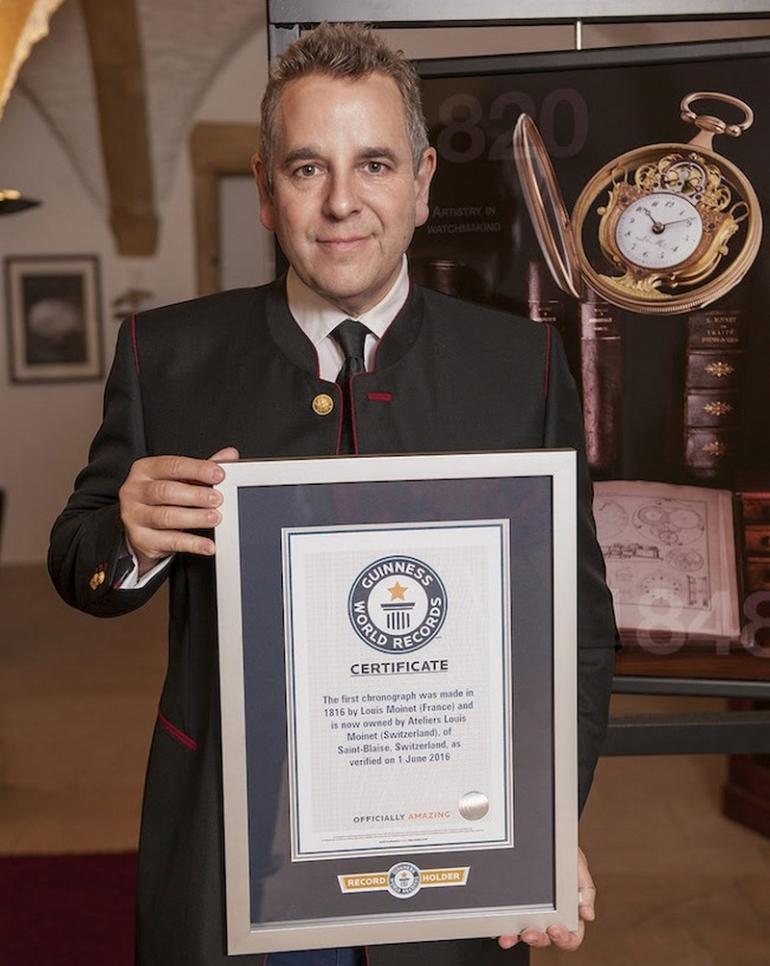 Although the chorographical credence stands safely established with Moinet, the brand had to furnish a rather strict fleet of evidence, including technical diagrams, historical proof, the written testimony of a large number of independent experts, and a whole host of photos and video material, before it made the final cut to the Guinness. The Ateliers recently celebrated the bicentenary of the invention of the chronograph at the Neuchâtel Observatory. Similarly, Memoirs- the timepiece produced to honor this invention is also rolled out for the public. Time for a mini bow down before the father of the humble chronograph- Louis Moinet!