French luxury fashion house Louis Vuitton has been around since 1854, but it wasn’t until 2002 when the brand finally decided to enter the world of haute horology with the launch of the inaugural Tambour collection. The highlight of the watch was its unique case design that drew its inspiration from a drum (tambour is a small, round drum). The distinct round shape with thicker case sides has now become a design identity for the brand’s watch manufacturing. To celebrate the 20th anniversary of the original Tambour watch, Louis Vuitton has released a commemorative timepiece called the Tambour Twenty. 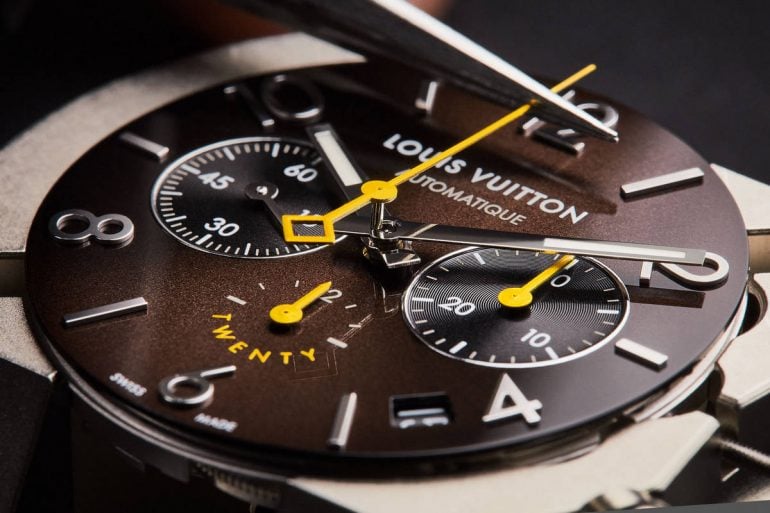 The 20th anniversary Tambour model is slightly bigger than the original watch with a case that measures 41.5mm in diameter and 13.2mm in thickness. It is crafted from stainless steel and features a flat anti-glare-coated sapphire crystal on top. Just like the original from 2002, the circular side of the case is engraved with the words “Louis Vuitton,” each letter positioned to line up with the hour markers on the dial. The limited edition features a brown-hued sun-brushed dial along with a long yellow hand for the central seconds chronograph function and two smaller yellow hands for two of the subsidiary dials. 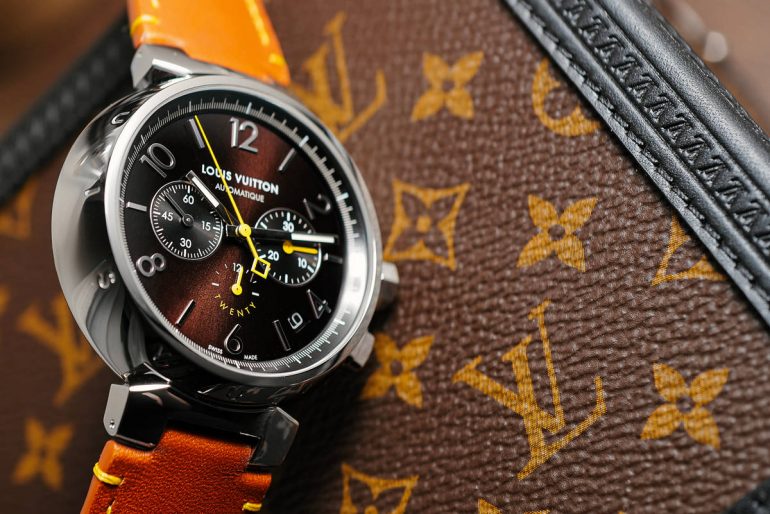 Inside the polished stainless steel case is the Caliber LV 277 automatic movement which is based on the legendary Zenith El Primero. It is manufactured and assembled in-house by Louis Vuitton’s La Fabrique du Temps workshop. It is equipped with a 22-carat pink gold oscillating weight and the watch boasts 50 hours of power reserve. The movement is visible through the sapphire window in the caseback. Rounding out the commemorative piece is a dark brown alligator leather strap. The Tambour Twenty is limited to just 200 pieces total and is priced at $17,800. 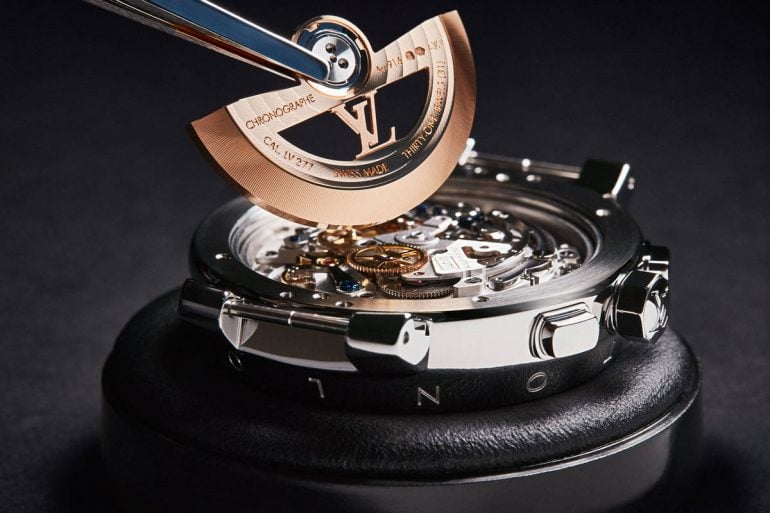 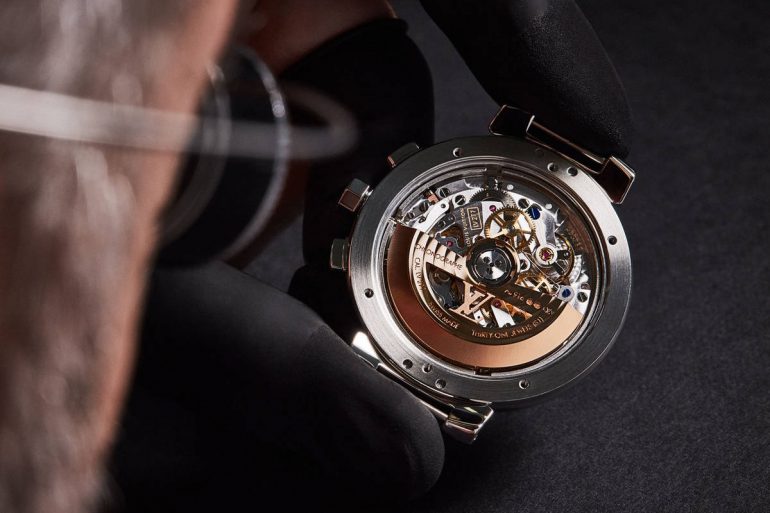 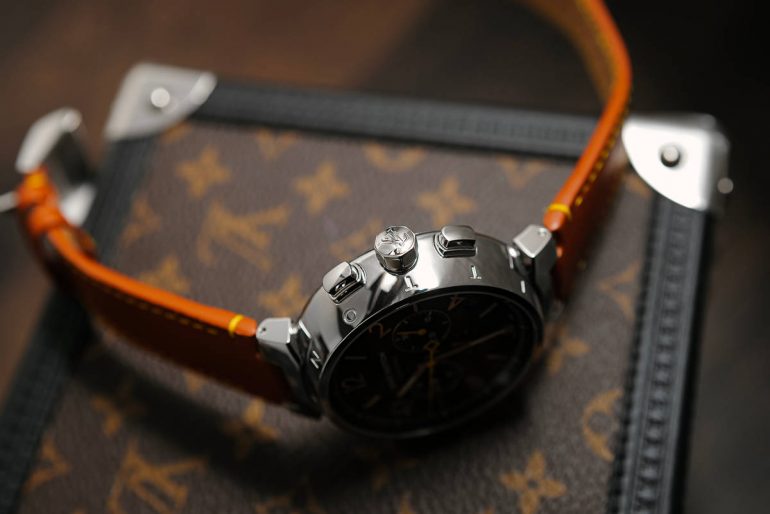 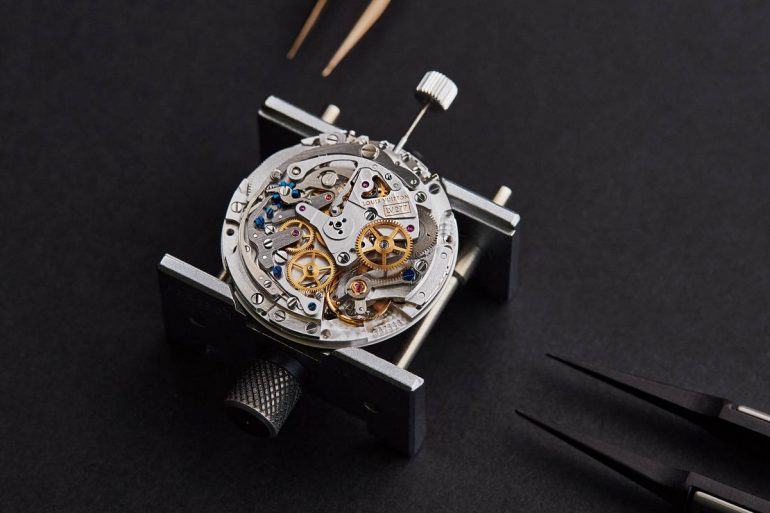 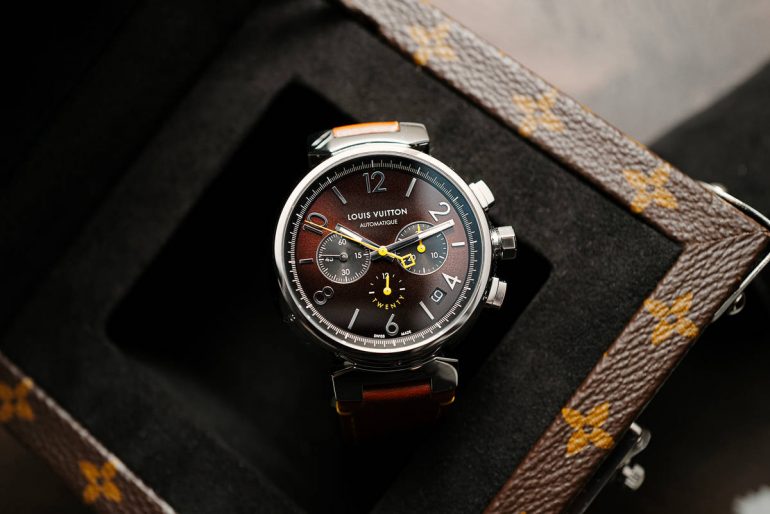 Tags from the story
chronograph, Louis-Vuitton