When Louis Vuitton presented their Escale Worldtime watch at Baselworld last year, the watch captured our fancy thanks to its unique dial characterized by the absence of watch-hands! For 2015 Louis Vuitton has revealed the Escale Timezone which is an updated version of the model that is more user friendly and easier to produce. The Timezone features a steel case, a revised movement and a slightly different dial from its predecessor. 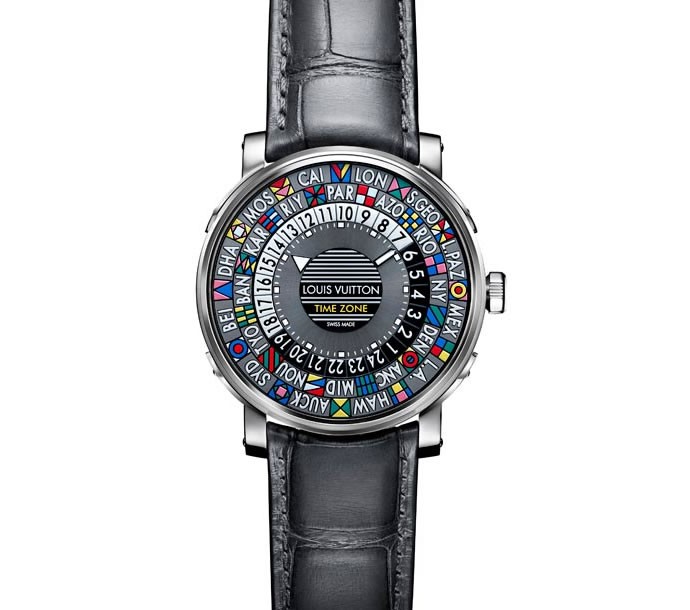 The watch’s display is based on traditional GMT and features two discs that can be adjusted to the timezone of a particular city using the crown. The two outer rings feature the names of the cities corresponding to the world’s 24 time zones and colorful symbols relating to each city. These details are pad printed by hand. The wearer can identify local time with a glance at the centrally-placed hour disc and minute hand while a striated black disc in the very center features the brand and model name.

The Escale Timezone uses the LV 87 self-winding caliber which is smaller and thinner than the LV 106 used in the Escale Worldtime. Notably, the Timezone also contains less than half the components in the Worldtime model. The LV 87 caliber is much less complex, offering a power reserve of 42 hours.

We do not yet know the price of the travel-ready watch but it’s already on our wishlist!

Tags from the story
BaselWorld, Louis-Vuitton