Early this year, Louis Vuitton debuted its first smartwatch by the name of Tambour Horizon, and it instantly took the market by storm. After a successful run since its inception, the exclusive smartwatch is all set to get a makeover! The exclusive LV Tambour now comes in two new versions and exclusive updates that raise its standards a notch higher for us! 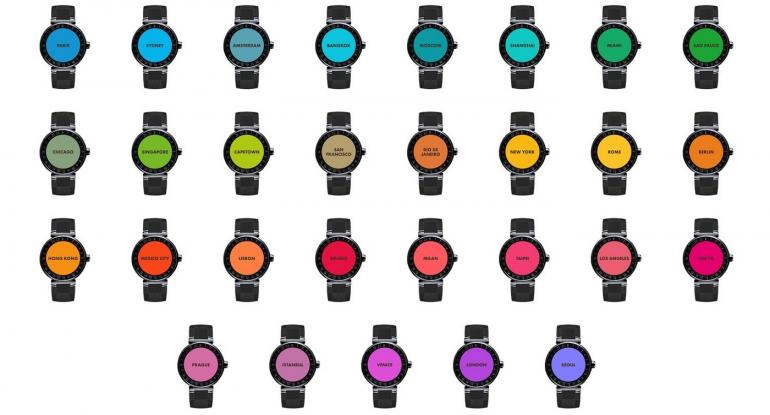 The novel Tambour editions are christened – Regatta and Spin Time, with both covering the best in terms of design and know-how. While the former retains the navy blue ‘sail-inspired’ dial, the later takes on a bold new look, designed exclusively by the watchmakers at La Fabrique du Temps. The Spin time also patents an innovation that is exclusive to Louis Vuitton making it all the more special for its buyers. The new versions of the Tambour continue to incorporate the best of technology and browsing, by adding on an altogether new dimension to user experience through its updates.

Similar to the ‘My Flight’ feature in its debutant version, the updated Tambour Horizon, comes with a ‘Near Me’ function that instantly connect users to their surroundings by curating the best of luxury hotels, local bistros, street markets or secrets monuments for them. It also comes with a feature titled “24H-IN” that allows travel thirsty users to plan their next trip in advance. More information on the new Tambour versions can be found on the official LV webpage.