Louis Vuitton’s Tambour collection, which was originally introduced in the year 2002 as the luxury fashion giant’s entry into the world of horology, has undergone a great deal of evolution in the last 13 years. In the last few years, Louis Vuitton has particularly stepped up its watchmaking game to give strong competition to top luxury watchmakers. For the Baselworld 2015 that opens its doors on March 18, the signature Tambour collection will see the addition of three new masculine timepieces: the new black GMT, Chronograph GMT, and Spin Time GMT models. The three Louis Vuitton Tambour éVolution timepieces, all of them in black, are characterized by strong lines and a premium feel.

All the three DLC-coated black steel timepieces feature a second time zone in quasi-GMT format and are secured to the wrist by a new black calfskin leather strap enhanced by an embossed carbon effect. Tambour éVolution GMT, which measures at 43mm, uses an automatic caliber LV71 that makes it operate at 4Hz with 42 hours of power reserve. The Tambour éVolution Chronograph GMT with a 45mm case contains a caliber LV92 automatic. The 45 mm Tambour eVolution Spin Time GMT is perhaps the most interesting model of the three thanks to its aluminum “spin time” cubes visible on the dial that denote the second time zone in a playful way by revolving and spinning around the dial. It uses an in-house made caliber LV111 automatic movement. The Louis Vuitton Tambour éVolution GMT in Black will be priced at $6,500 and the Tambour éVolution Chronograph GMT in Black will be priced at $8,100. The price of the new Tambour éVolution Spin Time GMT in Black being the most expensive model will only be quoted on request. 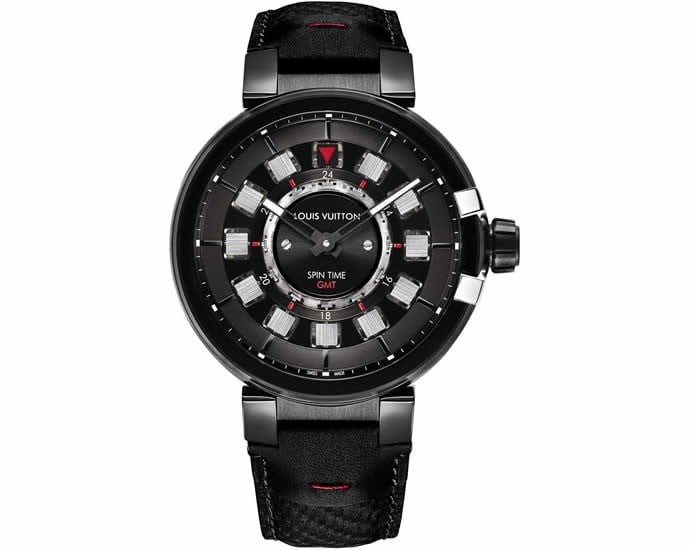 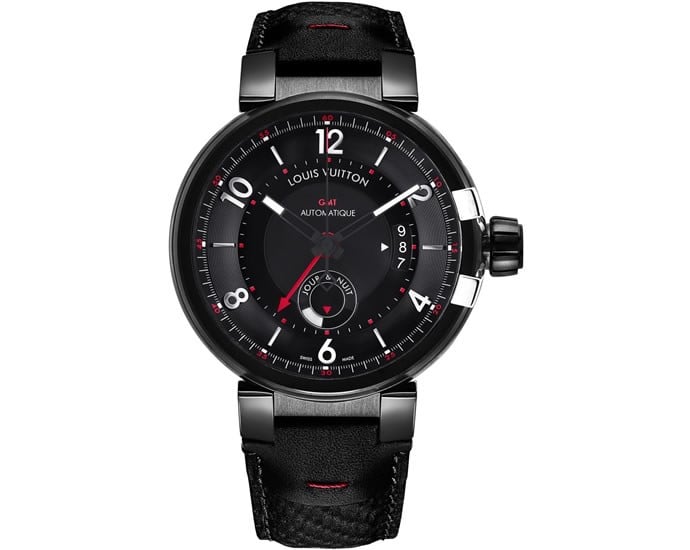 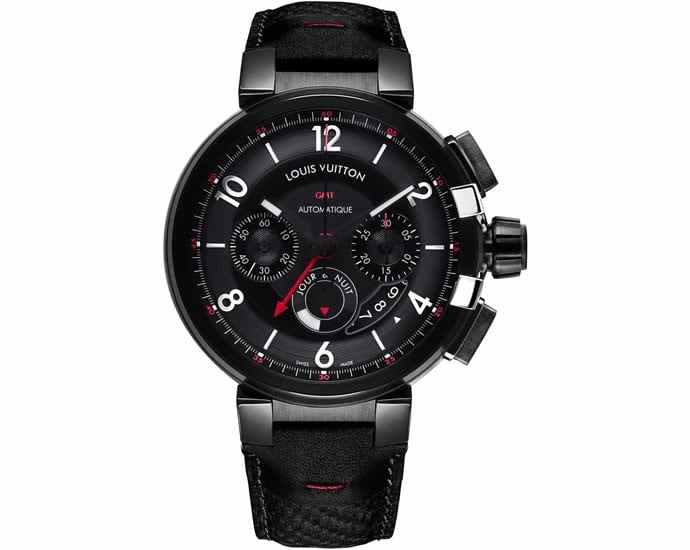