Every watch brand is preparing for the prestigious 2013 Only Watch event, each gifting from its expert portfolio, the most thoughtful of creations. Louis Vuitton joins the pack, presenting the Tambour Spin Time Regatta – a watch designed in collaboration with young Paul Pettavino; just like the past three years. However, for this year, unlike the earlier, the 2013 edition timepiece has shed its usual orange color, transforming into a blue and red color palette. The 45.5mm watch encased in rose gold portrays a hand-engraved gold boat covered with enamel, along with Louis Vuitton painted on the Damier canvas trunk (in which the watch would be encased), has been designed by Paul. 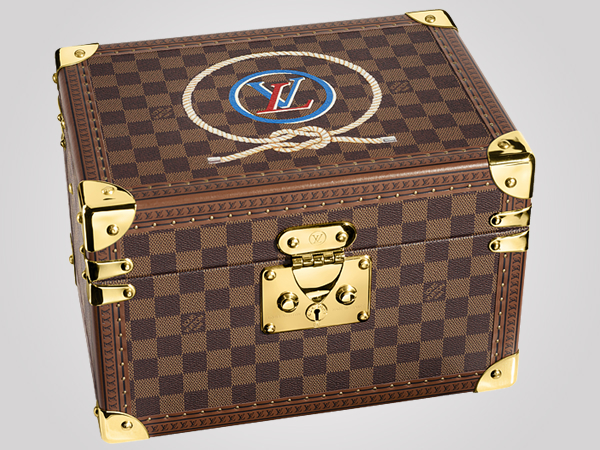 It’s this piece of art that Louis Vuitton fine-tunes with Paul Pettavino for the 2013 Only Watch event. Voila! 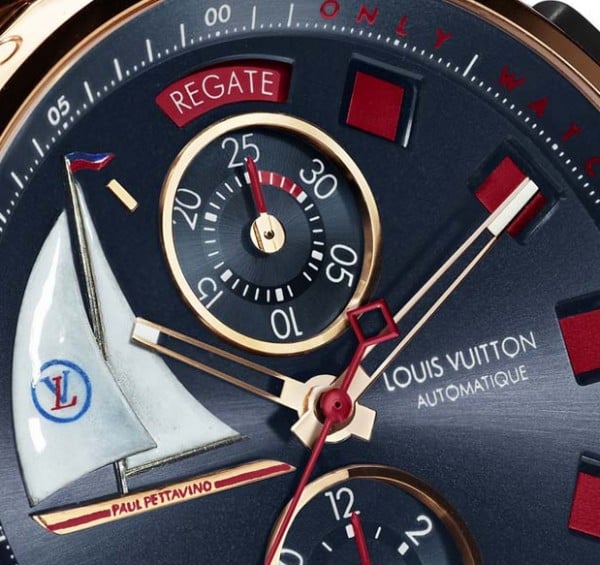