Cars and speed are two terms that go hand-in-hand without a doubt. The Tachometer Tambour Automatic Chronograph by Louis Vuitton is attempting to secure a place between the two, and boy, does it fit like a glove! The Tachometer, inspired by race cars’ dashboards from the seventies, is done with elegant touches of black, grey, and red. The instrument sports a sophisticated character with a grey dial that can be described as vintage and contemporary at the same time. A small red central hand can be found at the minute totalizer, while a triple circular tachometric scale allows you to measure the average speed traveled over a kilometer.

The specialty of the Louis Vuitton Tachometer Tambour Automatic Chronograph watch is that the scale on it makes it possible for users to measure lowers speeds up to 20 km/hr, as against ordinary tachometer scales that do not allow you to calculate average speeds below 60km/hr. It is powered by the LV 168 automatic caliber and has a power reserve of 42 hours. 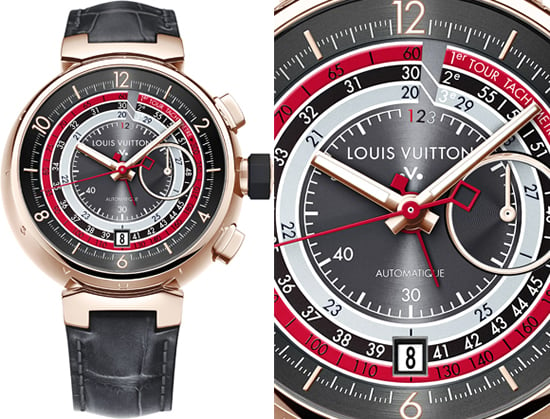 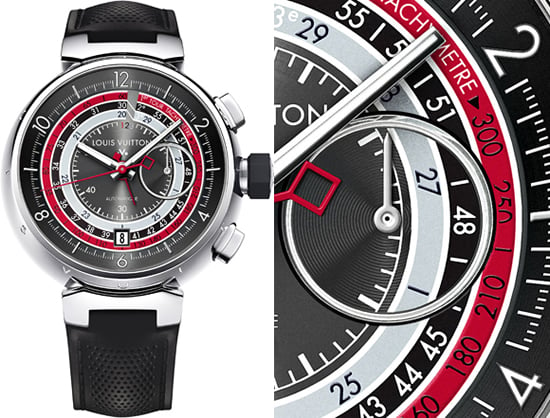 READ:  Hermes Clipper Sport is a mirror image of the Clipper Automatic Chronograph