Celebrated watchmaker Jaeger-LeCoultre and industrial designer Marc Newsome have worked together several times before on Atmos clock models and have wowed us each time. The latest model in the Atmos series promises the same innovation and technical complexity as those that came before it. Jaeger-LeCoultre and Newsome have recently revealed the Atmos 568 clock which is actually housed in a Baccarat crystal cabinet. 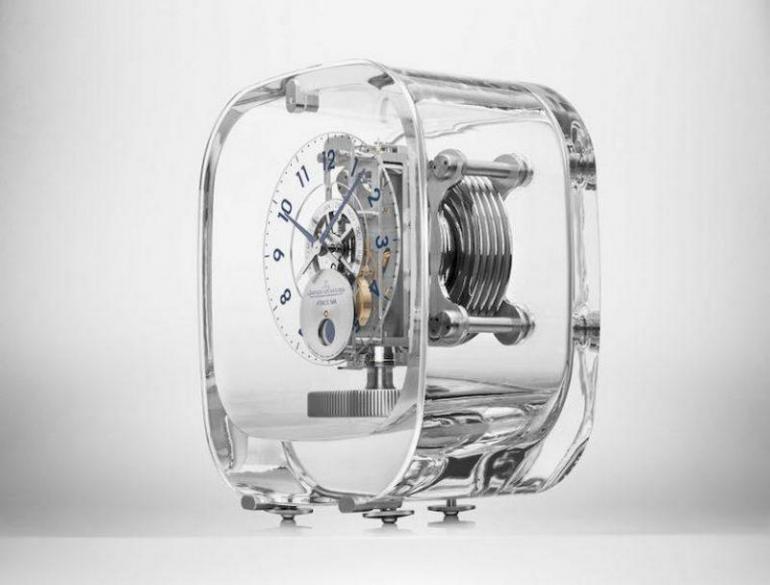 The transparent crystal gives the clock a cool futuristic look and evokes a feeling of clean minimalism. The Atmos was originally created in 1928 and runs on the strength of a mix of gases hermetically sealed inside a capsule. The gases expand and contract with temperature changes in the room, their expansion swells the bellows of the accordion and power the clock. Even minute changes of a single degree are enough to keep the clock running for two days. 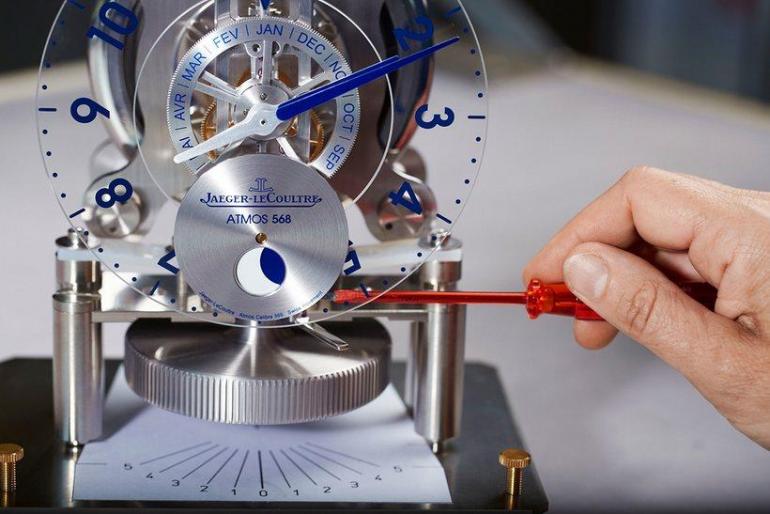 For the new 568 version, Newsome has redesigned most of the visible parts including the hands, dial, case, and counterbalance. 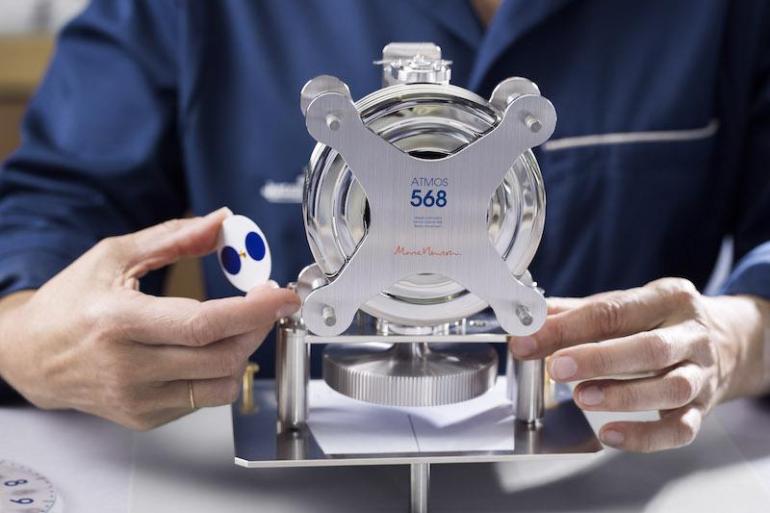 When looked at through the front of the clock, the mechanism appears to float in midair, but a look through the back reveals the points at which it has been secured in place. 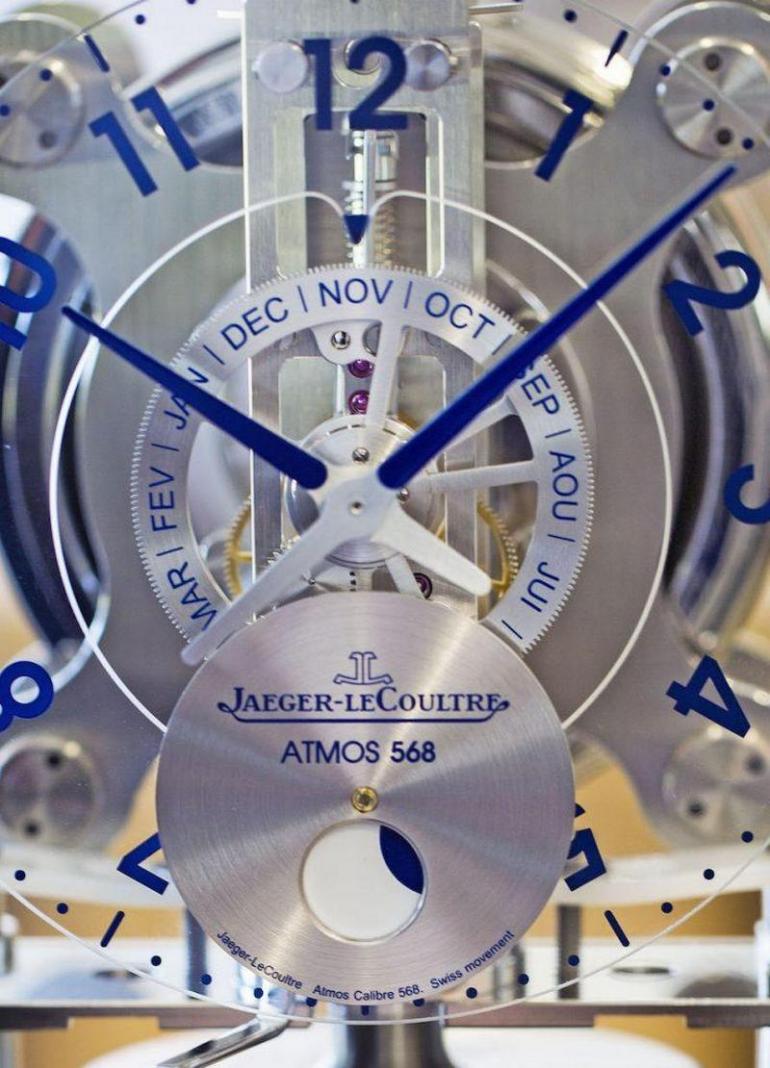 Bold blue numerals mark the indices and the month marker is part of the transparent dial. Moon phases are indicated on a white moon and blue sky at 6 o clock. 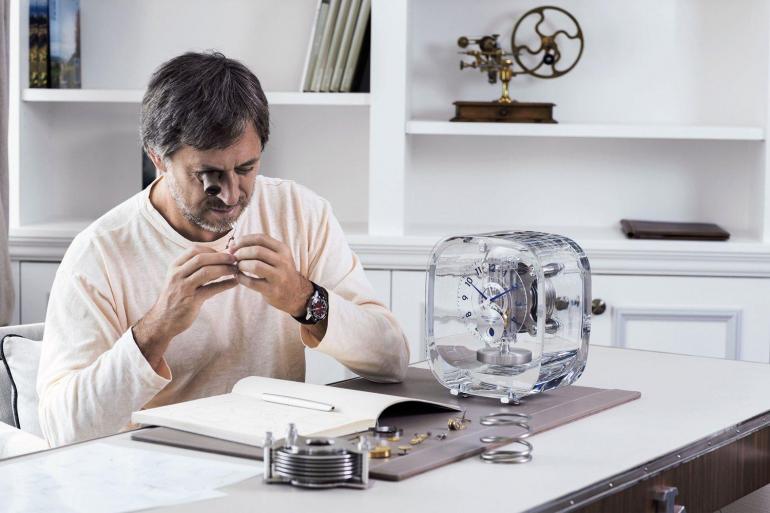 Newsome said, Newson, “I asked myself: to what extent could I express myself within that object? And that, in fact, was the real challenge. … Despite the careful consideration for designing the interior elements, the “wow factor” of this clock is the Baccarat crystal case with its rounded cube shape. However the case was extremely complex to fabricate, there was an enormous amount of work and development required to perfect the shape.”

The clock is a rounded cube, with the crystal at certain places being only 13mm thick to amplify that feeling of lightness and airiness.
Priced at $28,000, the clock features both brand names and promises to be a showstopper at the 2017 Salon International de la Haute Horlogerie.