It time to bid adieu to the HM2! After three years, of success, MB&F have decided to lay the Horological Machine No2 to rest, but not without a bang. To add to your collection, they will bring out the last two sets of limited edition chronographs that too 18 pieces each. Although both new models are based on the original HM2-SV, each has been shaped up with its own distinctive identity. The watches will feature sapphire vision cases. Version 1, called the HM2 Black SV, will come with a black titanium case back adorned with a green gasket and a green 22k gold rotor. Version 2, called the HM2 Red SV, will spot an 18k red gold case back adorned with a black gasket and a red 22k gold rotor. 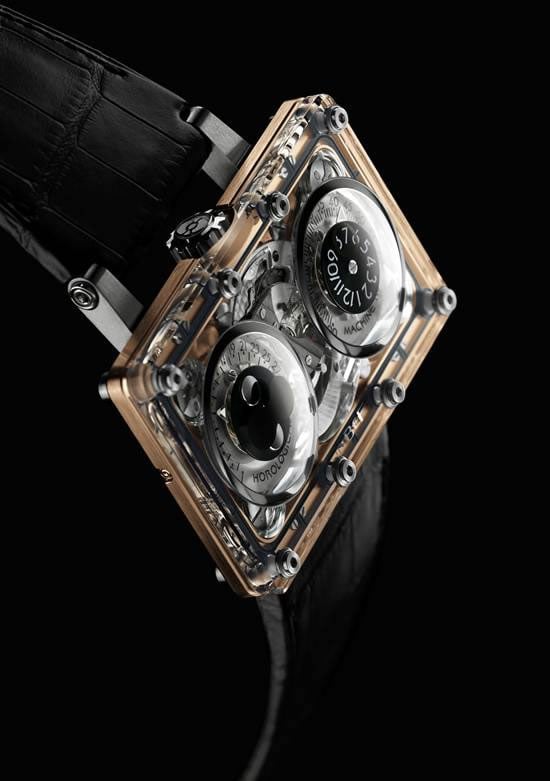 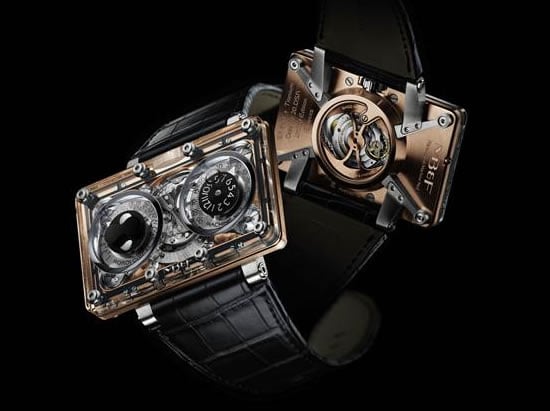 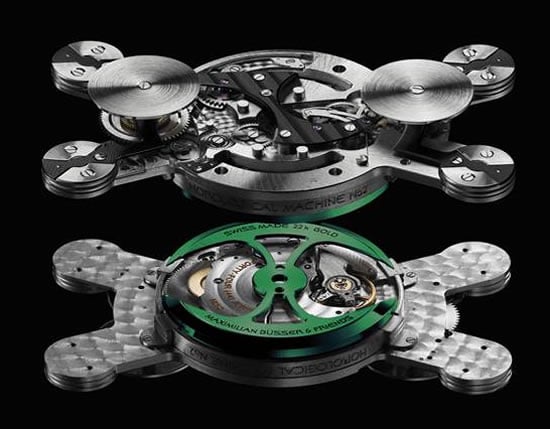