The Montblanc Star Legacy Collection seeks inspiration from Minerva’s heritage and the company’s pocket watches that were made during the late 19th century and early 20th century. For 2021, the luxury brand has introduced a new version of Star Legacy Suspended Exo Tourbillon Limited Edition 18. After releasing the timepiece in red gold in 2018 which was followed by the skeletonized version last year, Montblanc has come up with an 18K white gold version with a sparkling aventurine dial. Engineered for maximum visibility, the tourbillon is the main attraction of this limited edition watch. The highlight of the tourbillon is its unique construction in which the balance wheel oscillates outside its traditional position in the tourbillon cage. This feature is denoted by the ‘Exo’ in the name. 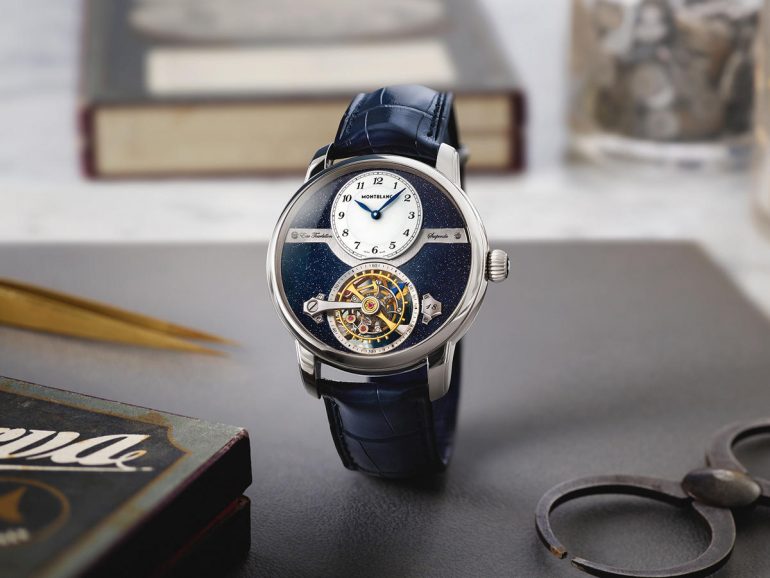 The position of the balance wheel has been raised by 3.2mm higher than the rest of the dial, giving it the appearance of being physically suspended in mid-air. Like the previous iterations, the time is displayed on a sub-dial located at 12 o’clock that features a concentric snailed finish and Arabic numerals in black. The second’s hand is attached to the tourbillion right underneath the sub-dial. The 18k white gold case measures 44.8mm in diameter and 15.03mm in height and features a polished finish. Housed inside is the hand-finished Montblanc Manufacture Calibre MB M16.68 that offers a power reserve of about 50 hours. The watch is paired with a blue Sfumato alligator-skin strap with an 18K white gold triple folding clasp. Limited to just 18 pieces, the Montblanc Star Legacy Suspended Exo Tourbillon Limited Edition 18 is priced at $107,500. 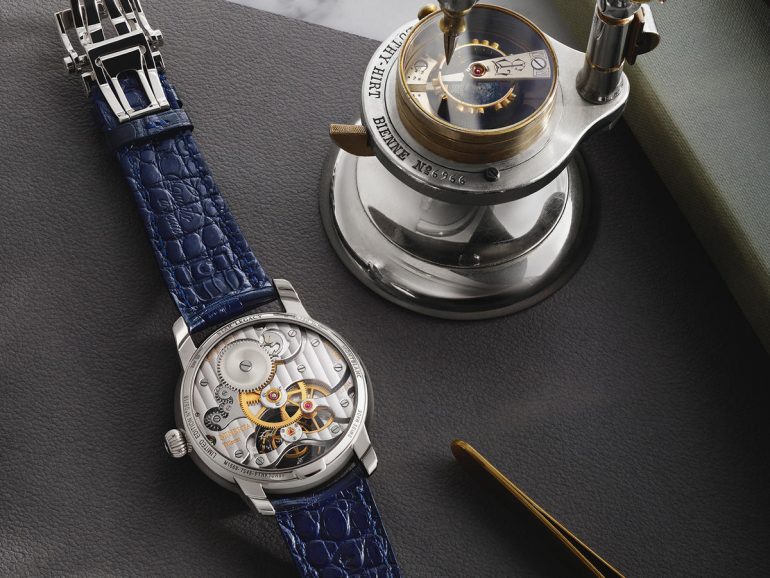 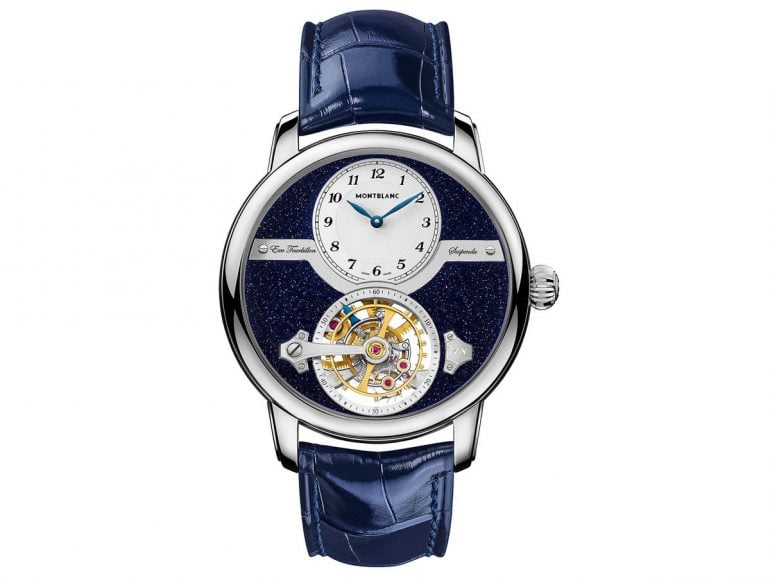