We’d hardly associate the color pink with Montblanc’s timeless pieces. However, in shocking us (pleasantly) as well as the entire chronographic clan, the marquee has recently unveiled 1858 Geosphere Pink Dial Unique Piece in association with the Pink Dial project initiated by the Revolution and the Rake magazine’s founder, Wei Koh.

It features a bold, fuchsia-colored dial set inside a 42mm black DLC titanium case and is unlike any other of the brand’s previous timepieces. Featuring two turning domed hemisphere globes, the watch also consists of the MB 29.25 manufacture movement and world timer complication and has been specially assembled by female watchmakers. 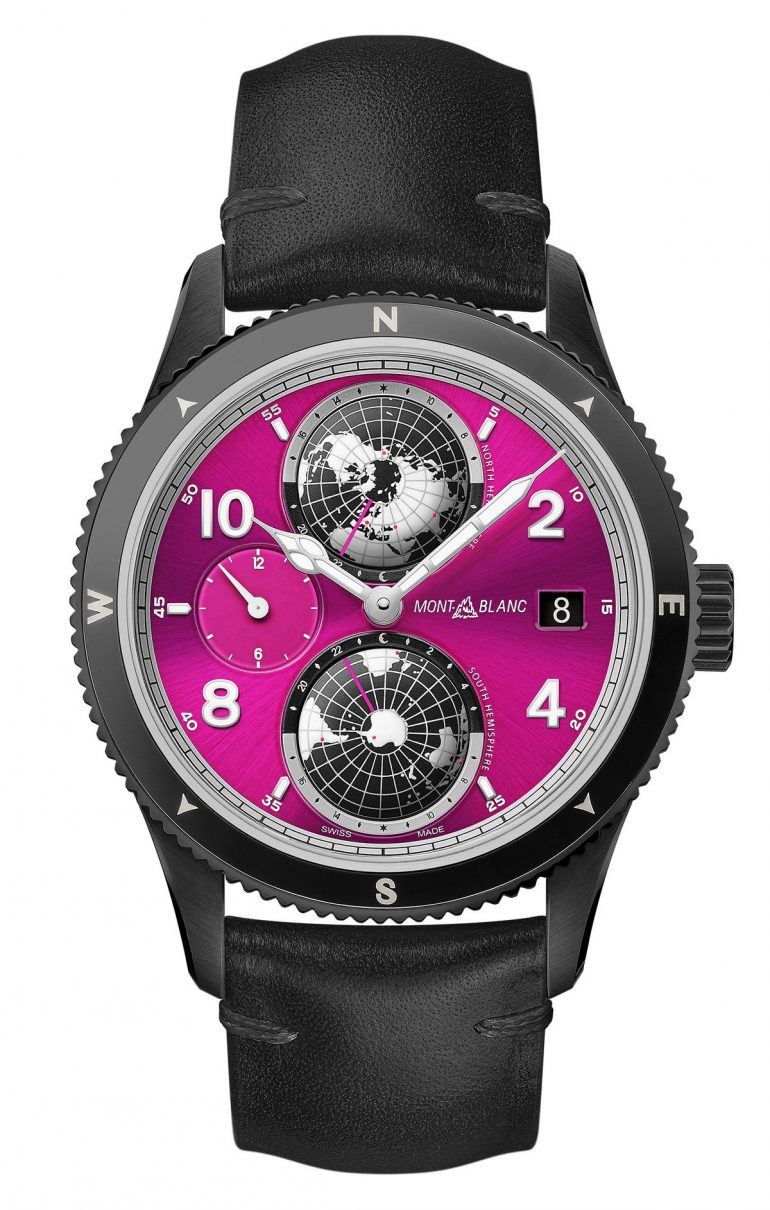 The dial holds a second-time zone display at 9 o’clock and a date aperture at 3 o’clock while its globes are further surrounded by time zone scales with day/night indications. In addition to this, SuperLuminova is also used to add luminescence to the compass point engraved into the bezel, the indices and hemispheres, which glow blue, while the hours, minutes, and second time zone light up in a green hue. 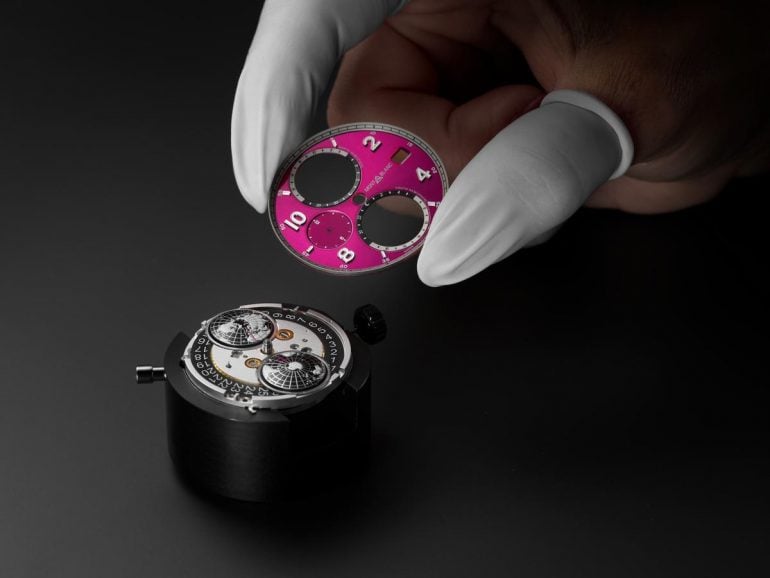 The Montblanc 1858 Geosphere Pink Dial will be auctioned off in October in support of breast cancer, with 100% of its proceeds going to charities based out of the US, UK, Singapore, Holland, Switzerland, and Australia. Further, winning bidders will also get to elect any recognized breast cancer charity in the world for the cause. 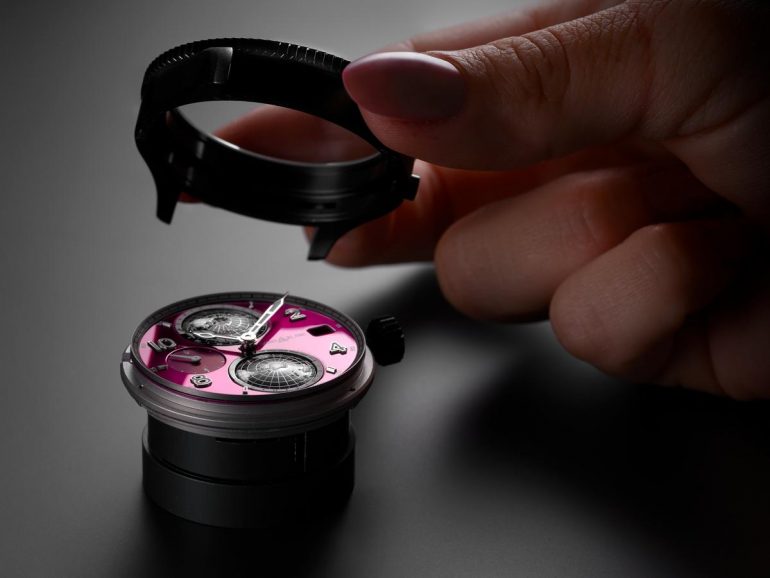 Care to bid for this shocking Pink wonder? 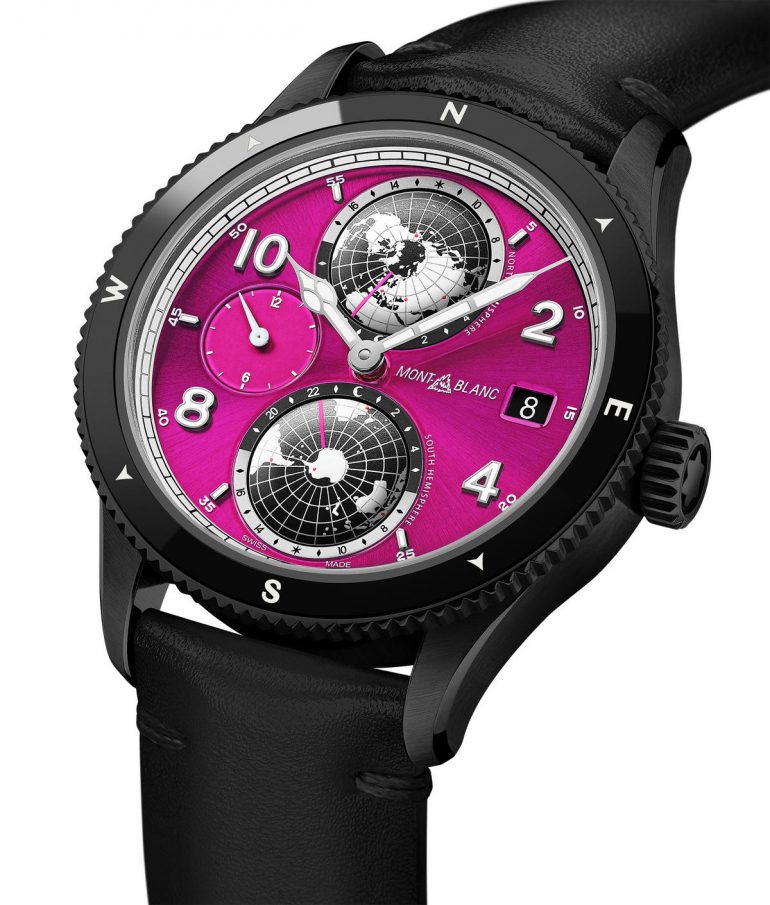 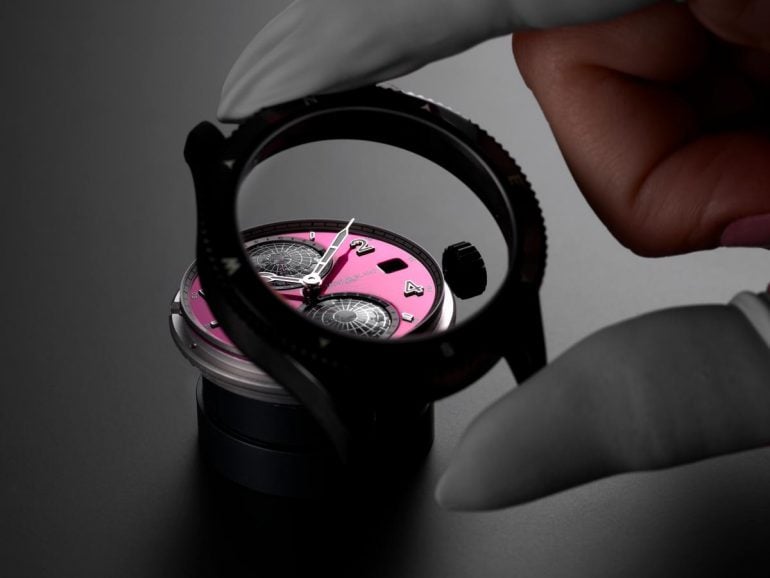 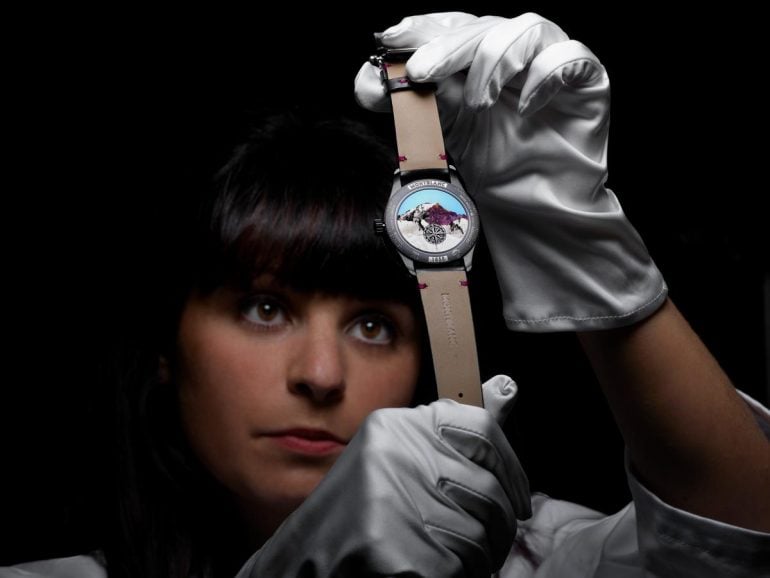 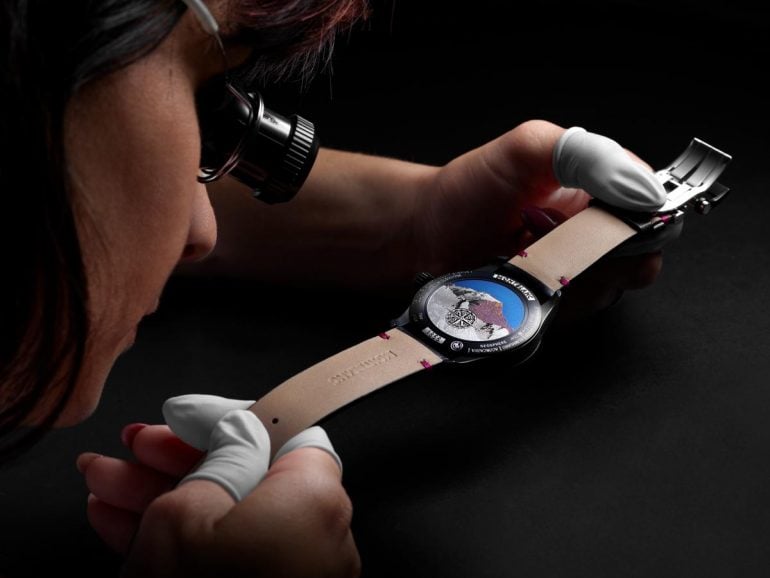 Tags from the story
Mont-Blanc, Special-Edition