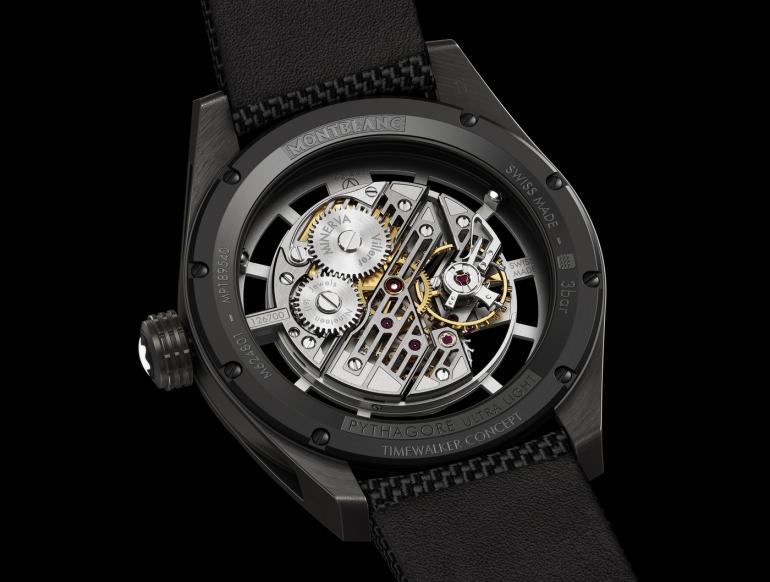 TimeWalker Pythagore Ultra-Light Concept uses a combination of black DLC titanium for the horns and ITR² Kevlar /Carbon (Innovative, Technical, Revolutionary Resin, a composite material charged with carbon nanotubes) elements for the middle case, case back, bezel, and crown. This combination of materials makes it one of the lightest mechanical timepieces in the world weighing just 14.88 grams. ITR² is difficult to make and only specialists have the ability to make watch cases out of it.

Inside is the Montblanc manually-wound Calibre MB M62.48, a skeletonized movement with a 50-hour power reserve. The design of the movement is inspired by the historic Minerva Pythagore movement with its straight architectural bridge shapes that follow Pythagoras’ Golden Ratio. The skeletonized main plate and the five bridges have all been crafted out of titanium for lightness coupled with robustness. The movement weighs just 7.73 grams!

On the front is a red ring representing the red color of China’s flag, a stark contrast to the sporty black nylon strap that completes this aesthetic, ultra-light yet highly functional timepiece.