Omega and James Bond have had a strong relationship for quite some time; you might even say that MI6’s Q branch has been customizing agent’s watches since the beginning (if only they did the same for the ones sold to consumers). With the 24th addition to the famous spy series on the rise, a new edition of the Omega Seamaster 300 has been announced for the movie; the “Spectre” watch has made its debut and 007 himself, Daniel Craig, was in Villeret, Switzerland at the Omega factory to check out the production of this limited edition timepiece. 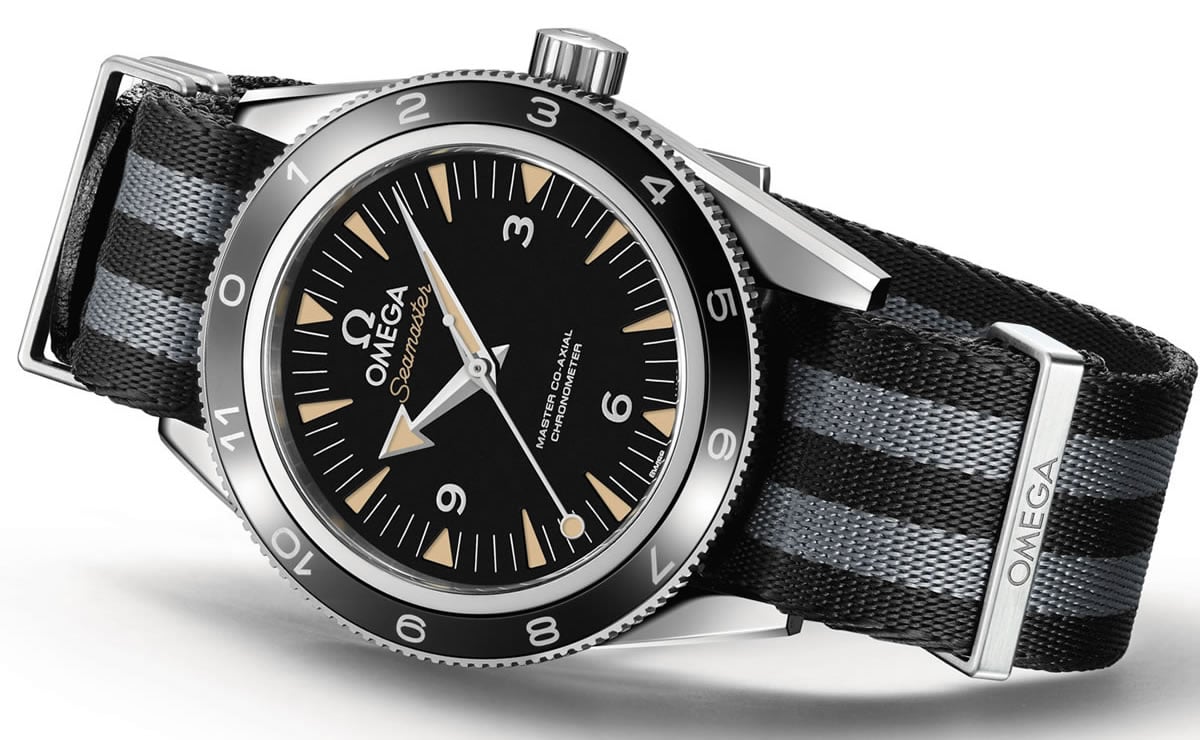 Black, polished ceramic that’s been combined with “LiquidMetal” (proprietary zirconium-based alloy) makes up the bi-directional, rotating 12-hour diving bezel of the limited edition Spectre watch. The seconds hand is of the “lollipop” styled variety and the strap is a five-stripe black and grey NATO option featuring an engraving of the gun logo. Each of the 7,007 timepieces will feature a serial number and the Spectre film logo engraved onto the rear. 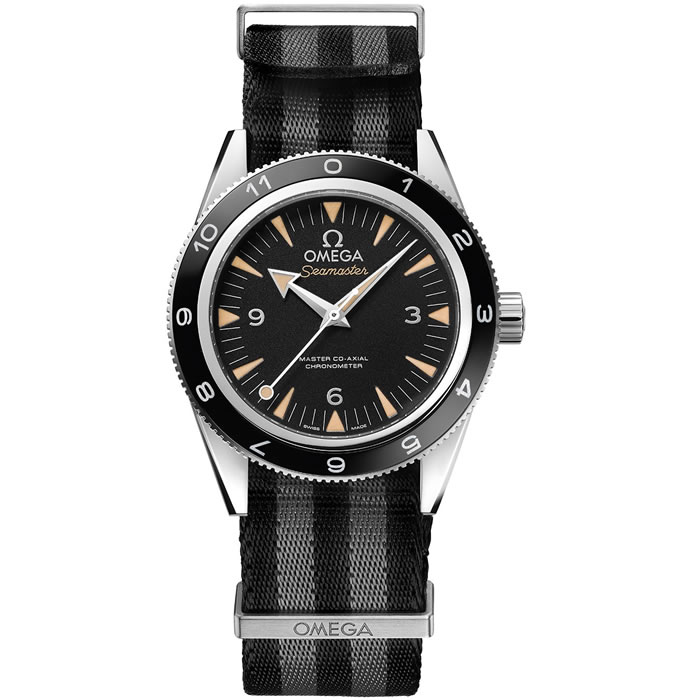 The limited edition Specter Omega Seamaster 300 will be available in select boutiques come September before the movie hits the theatres in November (in the US).