Omega has managed to create something that has eluded watchmakers for years, a watch that is resistant to magnetic fields greater than 1.5 teslas. The movement was unveiled at a press conference at Cité du Temps in Geneva on January 17th by Raynald Aeschlimann, Omega Vice President and Swatch Group’s Extended Group Management Board. The press conference began with the introduction of all the heroes that worked on the project, Jean-Claude Monachon, Omega Vice President and Head of Product Development; Michel Willemin, CEO of ASULAB, Thierry Conus, the Director of Research & Development at ETA and Mathieu Oulevey, a Tribology and Materials engineer at ETA. Aeschlimann talked of Swatch Groups’ unique ability to work in conjunction with all of its brands to create this incredible product. The prototype of this movement has been fitted on an Omega Seamaster Aqua Terra, and unlike earlier efforts to fight magnetism, it doesn’t rely on a protective container but instead the use of non – ferrous material within the movement itself.

Jean Claude Monachon also regaled attendees with Omega’s long history of Innovation dating all the way back to 1984. Michel Willemin gave the audience a brief primer on magnets and magnetism and how the strength of permanent magnets has only increased with time. A live demonstration was then made showcasing the incredible Omega prototype as it resisted up to 15,000 gausses of magnetic exposure. Patents are pending for this innovative prototype that will officially be presented at Baselworld in April 2013. 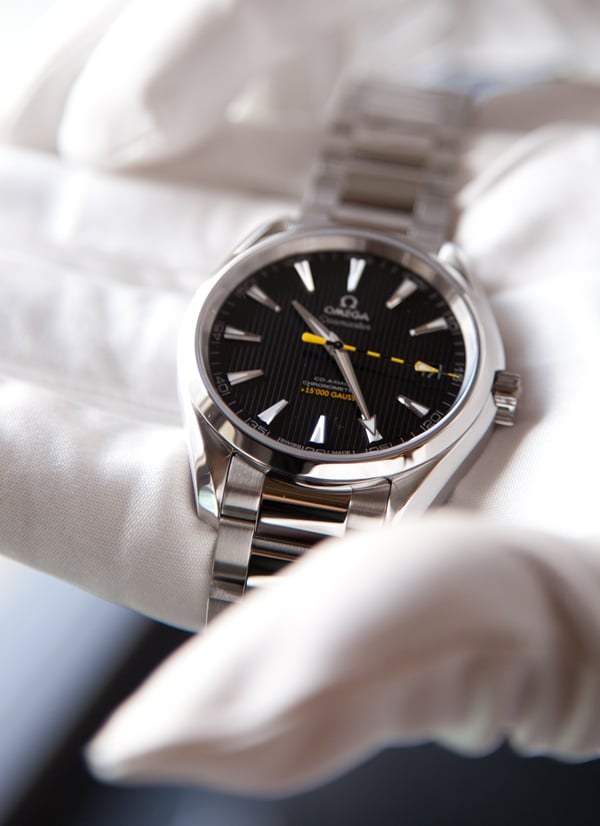 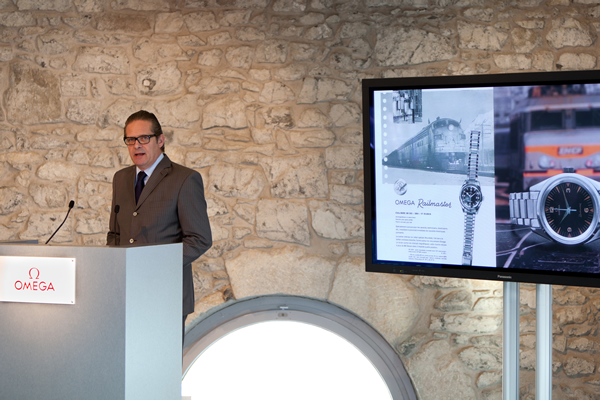 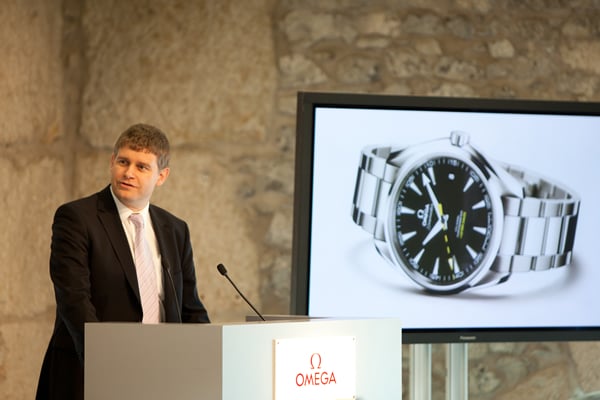 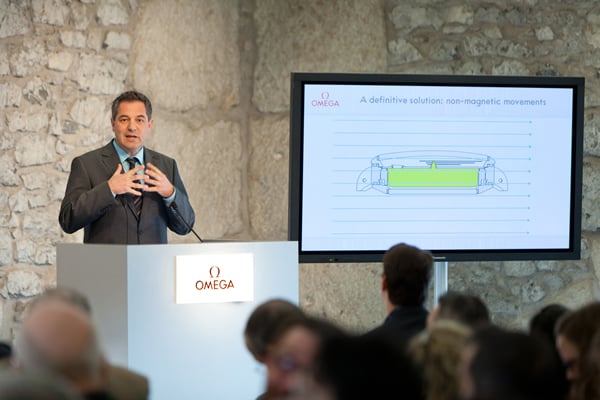 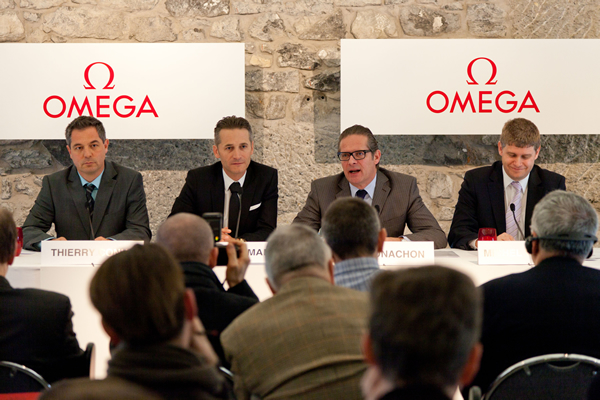 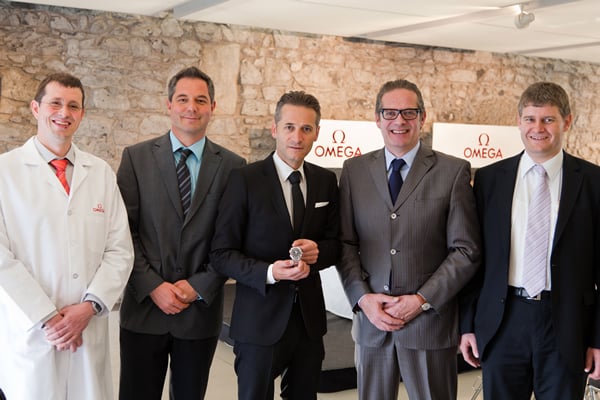 The world we live in – Jeff Bezos’ 3 minutes in space…

Built at a cost of $2.8 million, London’s newest attraction the ‘Marble…