Omega is one of the most well known watchmakers in the world today. In the business of making some of the most exquisite timepieces for the past 161 years, the Swiss luxury watchmaker even today manages to surprise and woo its clients with innovative designs. And the Asian fans of this luxury watchmaker were definitely left impressed when Omega’s new global brand ambassador, Zhang Ziyi unveiled the new Omega Constellation 2009 Collection in Shanghai, China. The unveiling event marked the first official appearance of Zhang Ziyi as the brand ambassador as well as the global launch of the Constellation 2009 series.

The event was one spectacular affair that began with a performance of the theme “Bell at Dawn, Drum at Dusk.” The large screen then depicted a picture of space where many stars drew beautiful arcs in the sky’s vast expanse and slowly gathered to form one constellation after another. The watches of the new Constellation collection emerged slowly from these beautiful stars. Zhang Ziyi was presented with a beautiful Constellation watch by Stephen Urquhart, the president of Omega. He also invited her to autograph the watch box before locking it up in a transparent safe. This watch will become a prize for the lucky draw in which thousands of VIP customers will be invited to the OMEGA Corporate Flagship Store to draw the lucky key that will open the safe. The keyholder will become the owner of the magnificent Constellation watch.
A splendid collection, its launch and new brand ambassador will surely make the 2009 Constellation collection reach new heights. 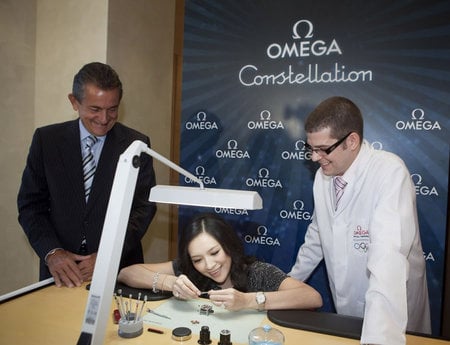 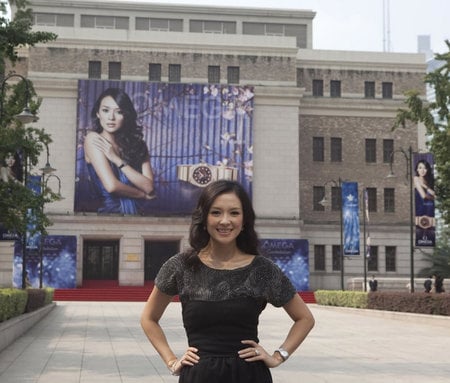