Class and elegance don’t make much of a public appearance together. Not too often, that is. But when they do join hands, heads turn in wonder. Like how we would turn a 360-degree angle for this limited edition of a Patek 5936G Annual Calendar. It is being introduced to celebrate the fifth anniversary of the Patek Philippe Boutique located in the Tiffany & Co. flagship New York store, which falls next year. There are only 100 pieces being made, a joint effort by both Patek Philippe and Tiffany & Co, a partnership that began way back in 1851. The watch comes cased in 18K white gold and features day, date, and month in the apertures and display of moon phases and 24-hour indication on the black dial. 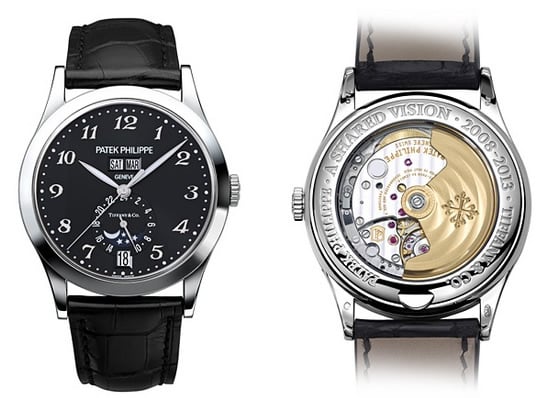 Tags from the story
Patek-Philippe, Tiffany