Award-winning singer, songwriter, and producer Pharrell Williams has been a long-time fan of watchmaker Richard Mille. It was back in 2006 when he first gave a shout out to the brand in his song “Can I Have It Like That.” And he has finally been rewarded with his own signature Richard Mille timepiece, which has been described as the watch of his dreams by the American music star. The watch is directly inspired by one of his dreams – an image an astronaut on Mars gazing down upon the Earth which came to him while sleeping. Called the RM 52-05 Tourbillon Pharrell Williams, the limited edition timepiece is designed in typical Richard Mille fashion: it features a tonneau-shaped case and is created with some of the most exotic materials. The precious materials used in making the watch include red gold, cermet (a combination of ceramic and metal), white gold set with diamonds, and titanium. 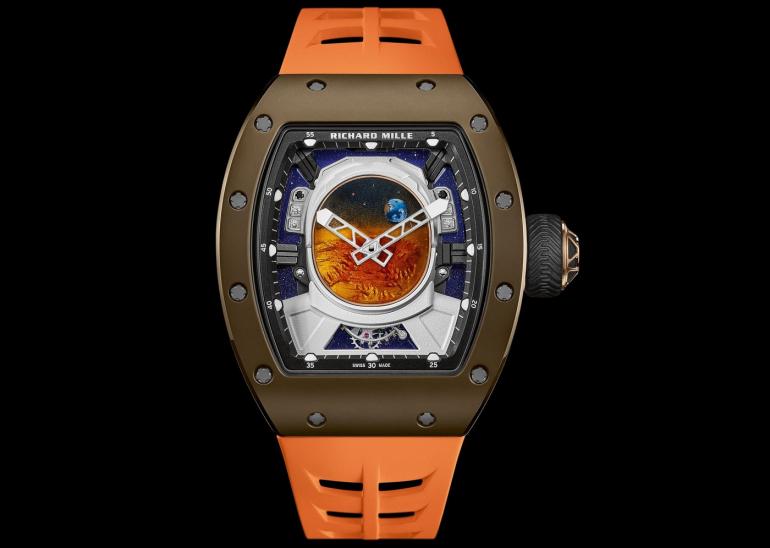 “I’ve always been fascinated by looking up at the sky,” Williams said in the official press release. “What could be more inspiring than all that ever was and all that ever will be? Space, before your eyes. It’s yours to see. It was here before the Earth, before this Solar System. It’ll be here after us and nothing’s more meaningful than that.” The space-themed limited edition watch has one of the most ornate and detailed dials. The cosmic scene portrayed on the dial depicts the reflection of the earth along with the surface of Mars on the visor of an astronaut’s helmet. Each dial is said to have taken 15 hours to complete, created by expert engraver, enameller, and painter. In terms of technical specs, the special edition gets a manual winding tourbillon movement, a free sprung-balance with variable inertia, a fast-rotating barrel, winding-barrel teeth, third-wheel pinion with central involute profile and a 42-hour power reserve. Limited to just 30 examples, the RM 52-05 Tourbillon Pharrell Williams is priced at $969,000. 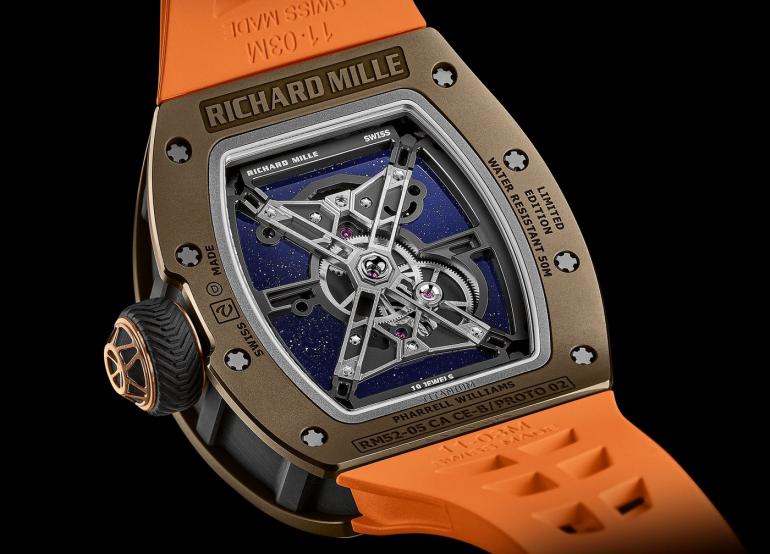