Piaget Altiplano Skeleton debuted at Only Watch 2011. And now we have the Piaget Altiplano Skeleton Ultra-Thin launched at SIHH 2012. This latest timepiece has also set the record of being the world’s thinnest self-winding skeleton model (5.34mm), containing the world’s thinnest self-winding skeleton movement (2.40mm). Breaking two records in the ‘thinnest’ category certainly calls for attention these days! Following three years of research, the Piaget 1200S ultra-thin skeletonized movement is designed and produced by the Manufacture de Haute Horlogerie Piaget. A 38 mm-diameter white gold case is exclusively shaped to accommodate this innovative movement.

TimeZone reports that the Piaget Calibre 1200S comprises a number of innovations, including the micro-rotor in 950 platinum, a new balance-bridge that contributes to a symmetrical new aesthetic, and a new hour-wheel bridge that has been slimmed down (to a minimum wall thickness of just 0.11 mm) in order to ensure the extreme thinness. The movement is further enhanced by truly exceptional decoration work, including the alternation between matte surfaces – sunray brushed or sandblasted – creating a contrast with the polished angles and the varied rhodiumed or black colours. 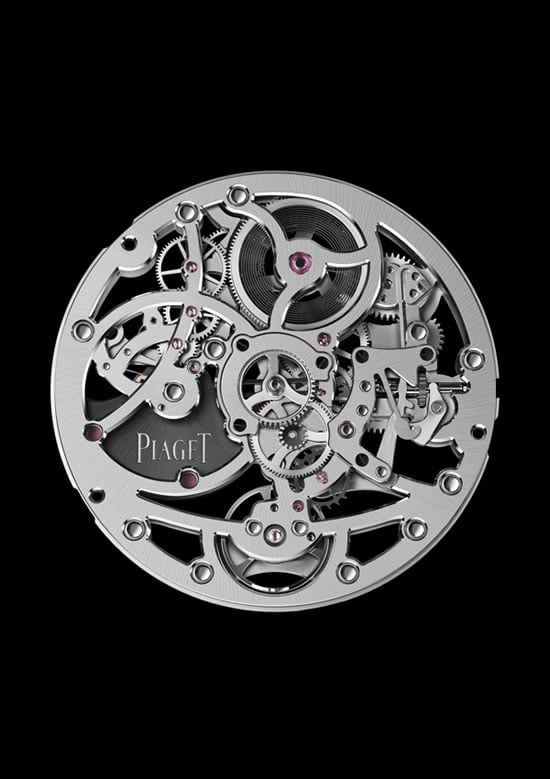 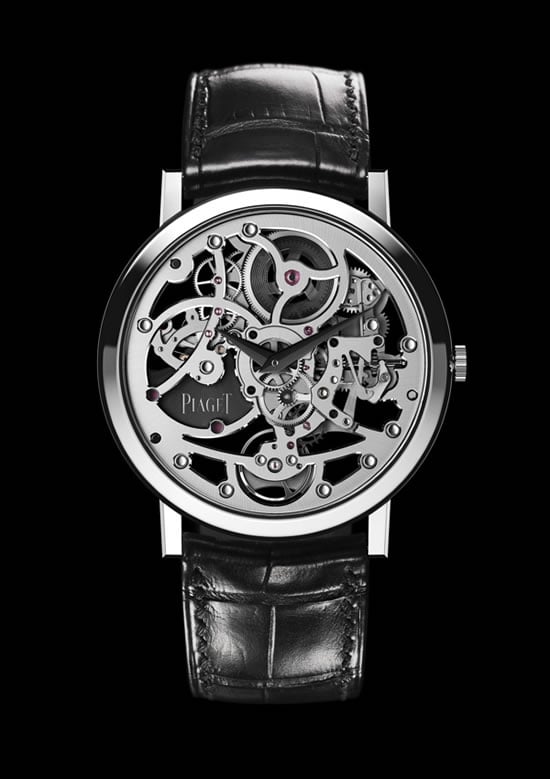 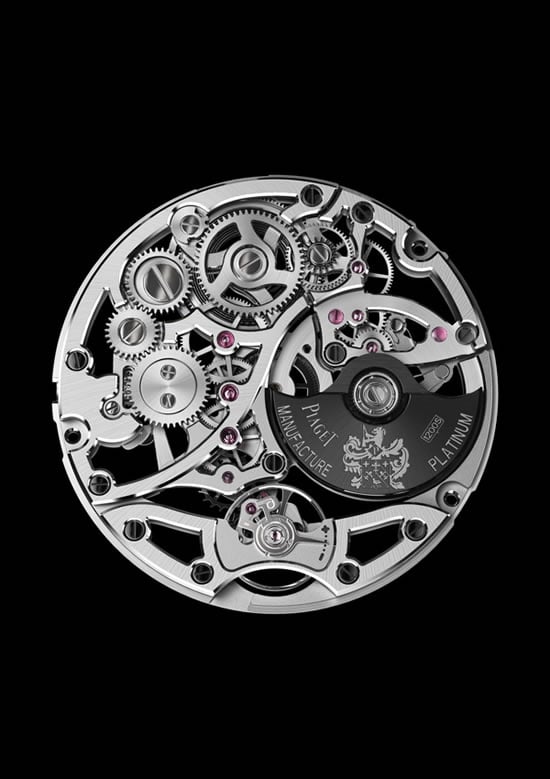