In the beginning of January, each year prestigious Maisons along with watch connoisseur and media from across the globe come together in the city of Geneva to celebrate fine watchmaking at the Salon International de la Haute Horlogerie (SIHH). The recently concluded 28th edition of the watch expo saw 35 participating brands exhibit their latest and greatest and gave us a taste of the trends that will dominate the world of horology for the next 12 months. Here’s is our list of 9 extraordinary timepieces that deserve to be called the stars of the show. 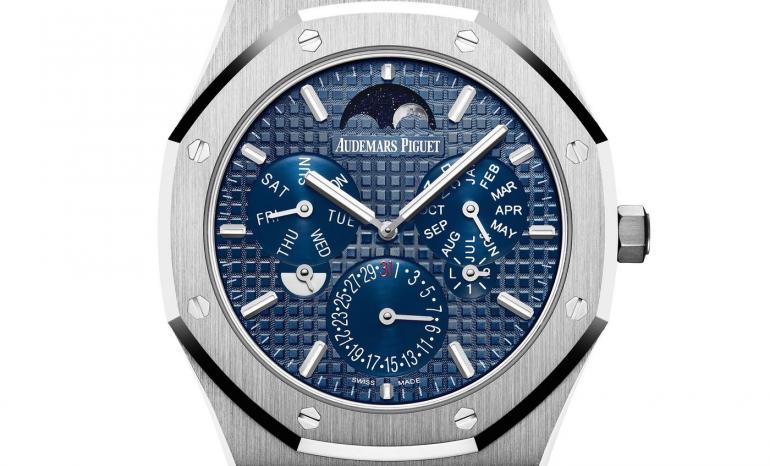 Audemars Piguet Royal Oak RD#2 Perpetual Calendar Ultra-Thin
What we have here is a research and development piece shown off in its concept form which has helped AP shatter the world record for the thinnest automatic perpetual calendar, by a considerable margin. The ground-breaking timepiece houses the new in-house 5133 movement which is just 2.89 mm thick, and the overall thickness of the watch stands at an almost unbelievable 6.30mm. The existing Royal Oak Perpetual Calendar, in comparison, comes in at 9.5mm thin.
Price: N/A – not available for commercial sale 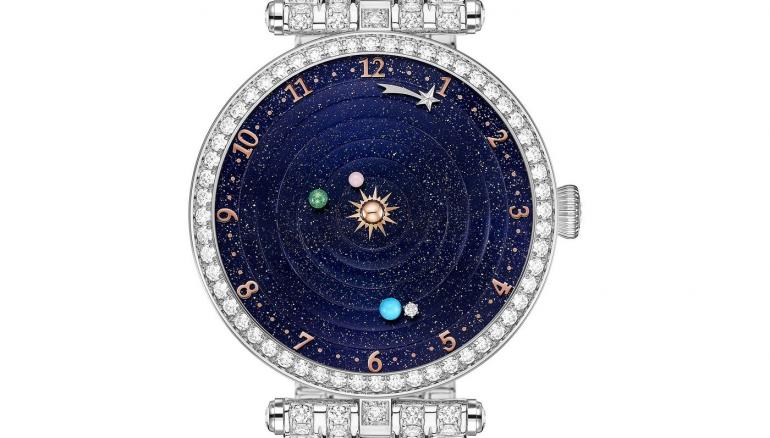 Van Cleef & Arpels Lady Arpels Planétarium
Producing a fascinating celestial ballet on the wrist, the Lady Arpels Planétarium watch displays the Sun and the closest planets: Mercury, Venus and finally Earth, along with its natural satellite, the Moon. This timepiece is a smaller-sized version for women of the Maison’s highly-impressive Midnight Planetarium, first launched in 2014. The Planétarium is not only a beautiful watch but also a highly complicated horological piece that illustrates the different phases of each planet as they rotate around the sun at their actual speeds.
Price: $245,000 on a strap and $330,000 on a diamond-set bracelet

A. Lange & Söhne Triple Split
For 2018, A. Lange & Söhne introduced an enhanced version of the mighty Double Split, the first chronograph with a dual rattrapante function launched in 2004. The Triple Split features additional rattrapante hands on the minute and hour counters making it possible to measure additive and comparative times for as long as twelve hours, setting a new benchmark for the current state of the art rattrapante-function chronographs. Triple Split is one of the most impressive timepieces ever created which required the design of a new manufacture movement of incomparable complexity.
Price: $147,000

Montblanc 1858 Pocket Watch LE 100
This limited edition pocket watch has been introduced at this year’s SIHH as a flagship model of the Montblanc 1858 collection to mark the 160th anniversary of the Minerva watch brand, which is owned by Montblanc. Created for an adventurer to act as a companion for the hiking and mountaineering expeditions, the watch stands out with its titanium case contrasted a blue stone dial with a 24-hour scale that is traced by one large red hand. The pocket watch is limited to only 100 pieces.
Price: $60,000 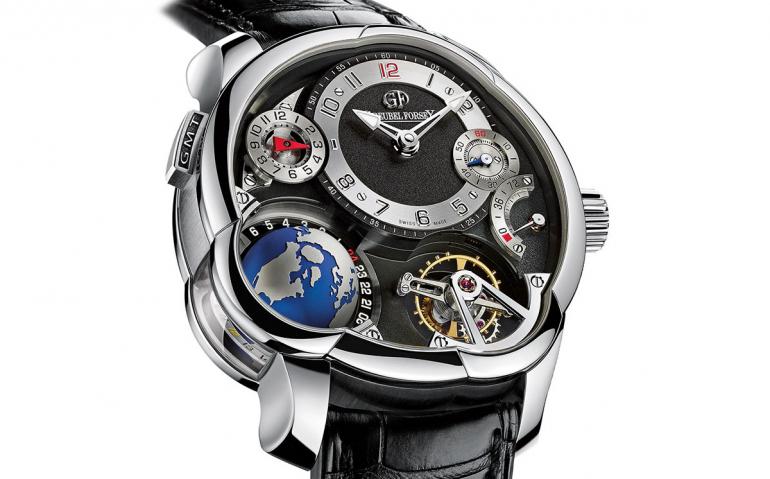 Greubel Forsey GMT Earth
It’s an updated version of Greubel Forsey’s original GMT Earth. Retaining all the brilliant features from the brand’s iconic GMT watch, including the inclined 24 seconds tourbillon and an actual spinning globe on the dial, the new timepiece comes with the globe which is now entirely visible from the North to the South Pole. The fully-exposed sipping globe is coupled with a 24-city world time disc, which shows the time in 24 time zones along with very-useful indicators to show which cities observe daylight savings time. Only 33 examples of the watch will be made.
Price: $650,000 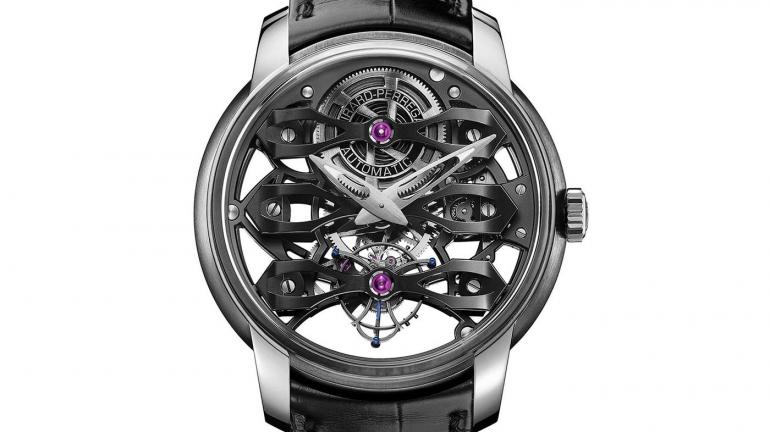 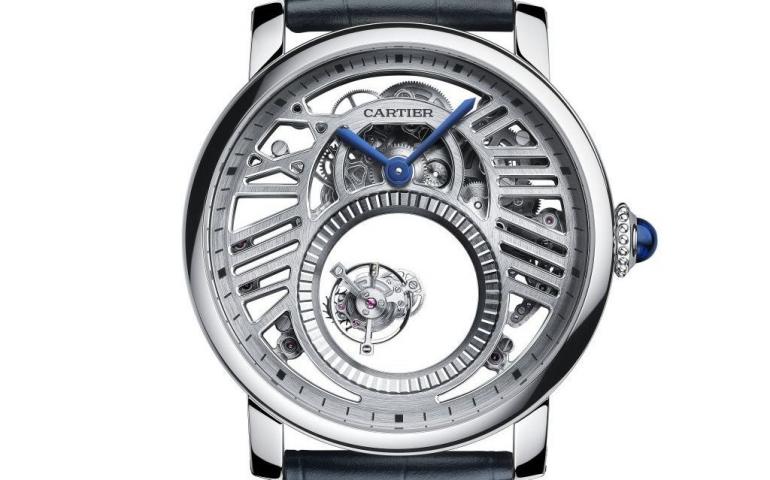 Cartier Rotonde de Cartier Skeleton Mysterious Double Tourbillon
The centerpiece of the watch is the tourbillon that is located at six o’clock and appears to float in mid-air with no connection to the rest of the movement. The entire escapement rotates around the deep opening in the movement once every five minutes and also completes a rotation on its own axis in 60 seconds. The case is made of solid platinum that houses the in-house movement which offers a 52-hour power reserve and is made up of 286 total components, 26 of which are jewels. The highly skeletonized dial features open-worked renditions of the exploded Cartier Roman numerals and exhibits painstaking craftsmanship needed for the timepiece. It is limited to 30 examples.
Price: $216,000 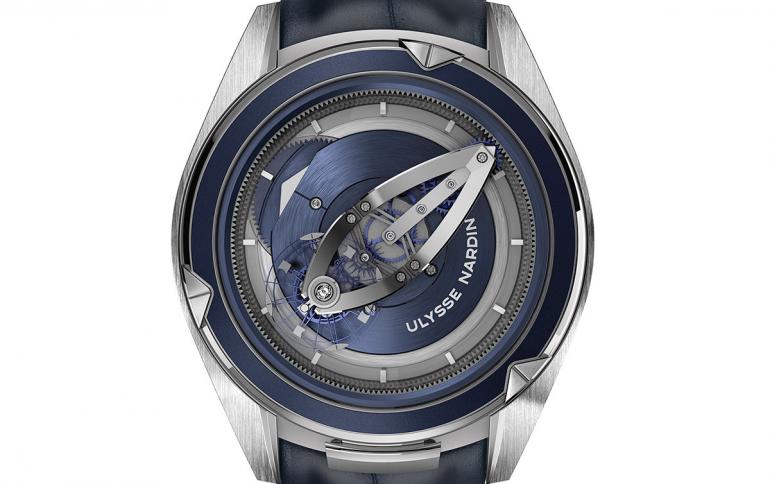 Ulysse Nardin Freak Vision Automatic
In 2001, Ulysse Nardin came up with the original Freak watch to redefine modern watchmaking, which went on to become a platform for the watchmaker to introduce aesthetic as well as technical innovations. This year, the watchmaker has showcased the Freak Vision timepiece – the first automatic watch in the collection. It’s an improved and production version of the Freak: the Innovision 2 concept watch from last year. What’s new on the watch is a new 3D-carved upper bridge that’s inspired by a boat’s hull, a box-domed sapphire and a 45mm new case made out of platinum and features the horns, bezel, and rubber on the side.
Price: $101,500 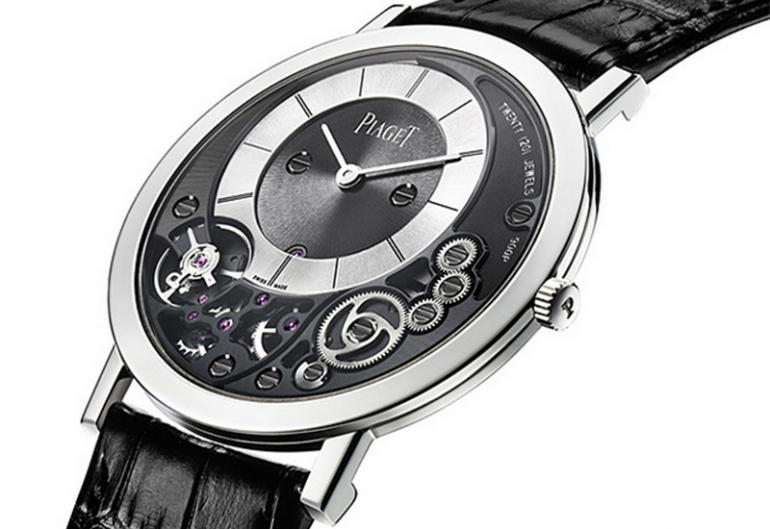 Piaget Altiplano Ultimate 910P
To celebrate the 60th anniversary of the Altiplano, watchmaker Piaget introduced the Altiplano Ultimate 910P at the SIHH 2018 which has smashed the world record for the thinnest automatic watch by a country mile. Measuring an incredible 4.3mm thick, it dethroned Bulgari’s much-heralded Octo Finissimo Automatic, which came in at 5.15mm thick. The incredible timepiece draws its inspiration from another Piaget ultra-thin watch, the Altiplano 38mm 900P. It uses the same piece of impressive engineering in which the case also functions as the baseplate of the movement to maximize space.
Price: $26,000 in rose gold and $27,000 in white gold