It’s a brand that collectors swear by. But, what is it with Patek Philippe that makes it tick. Henry Vo answers.

Patek Philippe collectors aren’t like other watch collectors. They aren’t flashy; they don’t have to be. That’s because Patek Philippe’s understated elegance bespeaks confidence. Simply put, Patek owners know they have the very best in craftsmanship, heritage, and design sitting on their wrists — and once you’ve owned a Patek Philippe, nothing else will do. Here are some reasons Patek owners love their watches so much, and some selections from our online-only sale at Christie’s Watch Shop. 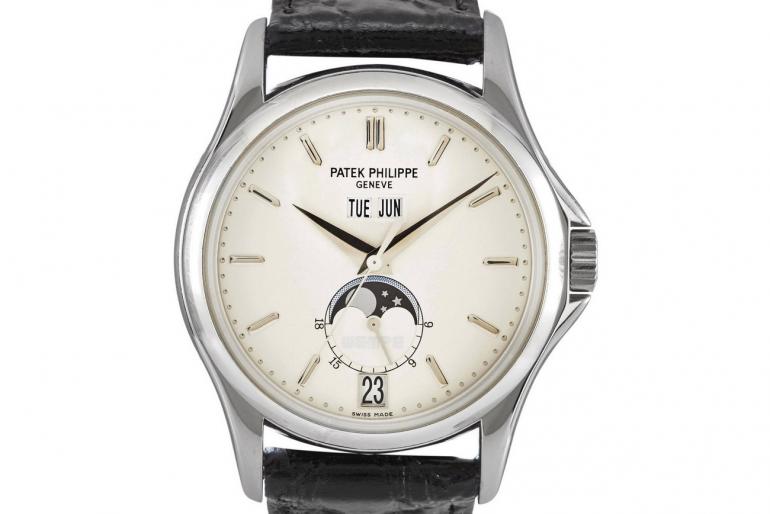 It’s said that fewer than a million Patek Philippe watches have been made since 1839. That’s fewer than some very high-end Swiss manufacturers make in a year. Patek production is so detailed it takes nine months to make the most basic Patek Philippe watches in production and over two years to make some of the more complicated ones. That’s one big reason why the numbers are so low. Meanwhile, demand is growing around the world. Some Patek Phlippe watches are in such demand that buyers must submit to an application process to prove they are high caliber enough as collectors. (Or you can just call the Christie’s Watch Department and get one in a private sale tomorrow!) 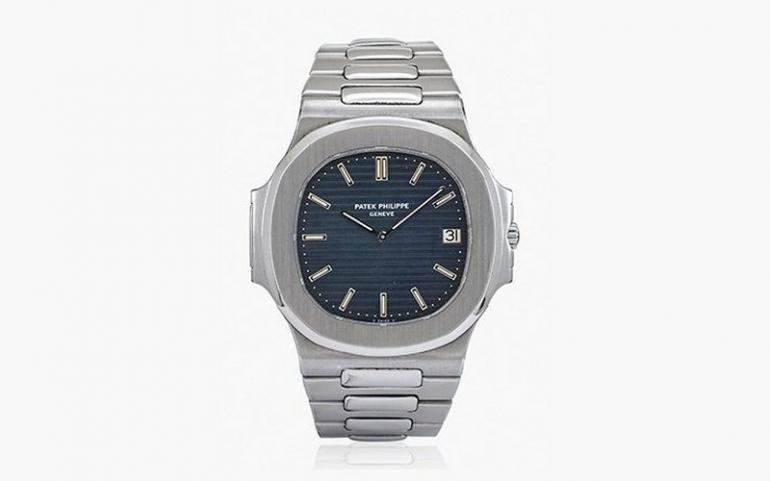 2. The Design
Patek Philippe, Nautilus, “Jumbo,” Ref. 3700/1. Stainless Steel, 1977. $42,000
Every year Patek Philippe continues to surprise collectors with seemingly incongruous designs that soon enough become classics. Take, for example, the Gilbert Albert asymmetrical from the 1960s; the Nautilus from the 1970s; the Aquanaut from the 1990s; and the Calatrava Pilot Travel Time, which just launched at Basel a few weeks ago: All these watches caused commotion, criticism, and excitement when they debuted.

The real beauty of Patek’s design lives in, first of all, the movements. Every individual part is hand-finished, which is excessive in obsessive detail considering that only a watchmaker can truly appreciate it. And yet, even the lay admirer is struck by its unmatched beauty. Dial design is similarly unmatched. See the faceted batons, the hand-polished hands, the little tells that make a Patek Philippe a Patek Philippe — in many cases the person wearing the watch doesn’t even notice these things, but they all add up to something that just looks and feels right on the wrist. 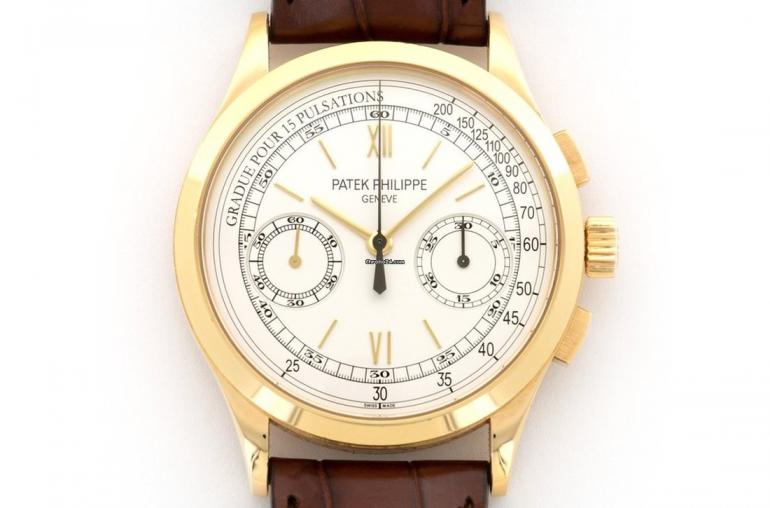 3. The Investment Value
Patek Philippe, Retailed by Tiffany & co, Ref. 5170. 18k Yellow Gold, 2010. $76,000
It is tough to argue against the facts: Patek Philippe re-sale value trumps all others among both vintage and modern watches. Pieces completed and delivered within the last few months for Patek’s 175th anniversary collection are already trading on the secondary market for extraordinary prices. Pieces like the 5131 Cloisonné enamel immediately earned almost double their retail price at auction, straight from retail. (That they were recently discontinued in white and yellow gold may add even more value to those models already.) 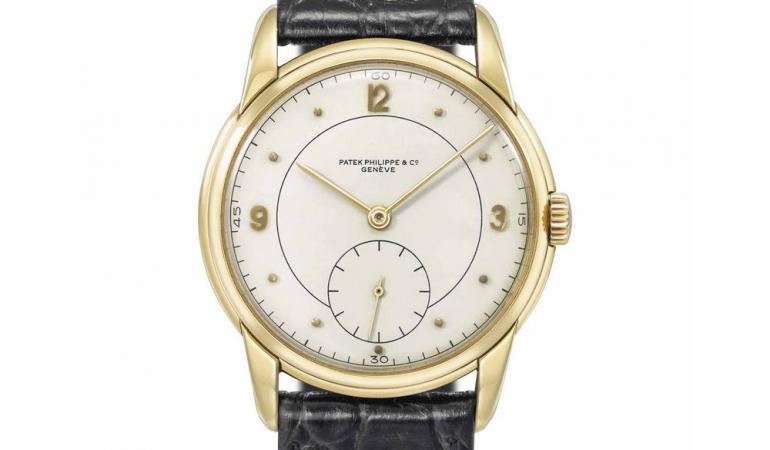 When you meet people who own Patek watches, it’s a safe bet they have done something extraordinary with their lives. The extracts, which meticulously detail the history of each watch, evoke historical moments in these extraordinary individuals’ lives, which they’ve marked by the purchase or gifting of a Patek Philippe. Patek doesn’t include the names of previous owners on its extracts, but most members of every royal family and countless heads-of-state and celebrities are in these archives. It’s wonderful fodder for the imagination. Perhaps the previous owner was celebrating the end of a war with your watch, or the beginning of a new life with someone, the birth of a child, or the inevitable passing of generations. Some of the most beautiful watches we see have never come up for auction before; when they do, those sorts of watches become cover lots of our auction catalogues. 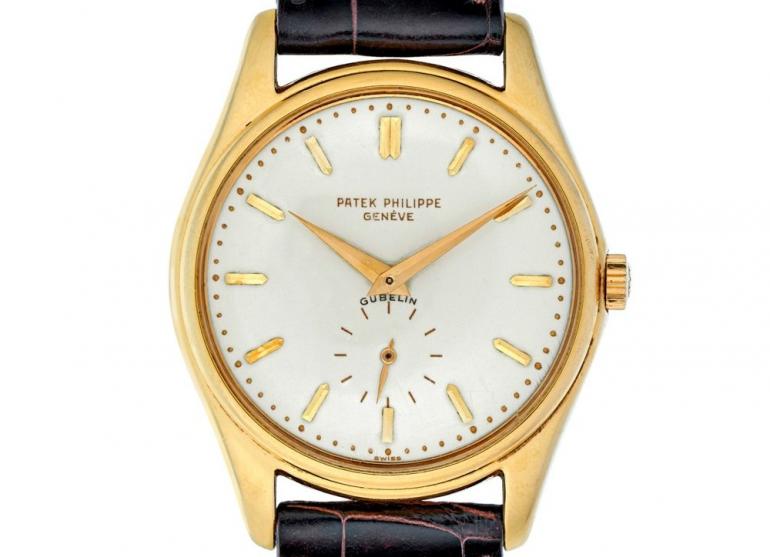 5. The Patek Philippe DNA
Patek Philippe, Ref. 2526. 18k Yellow Gold, 1956. $37,800
The design, artistry, and workmanship balanced in Patek Philippe watch is unparalleled among fine watchmakers. The history and heritage alone is unrivaled — over 175 years of the finest watch-making in the world. Patek’s cases, for example, say it all: they appear simple in their overall execution (in most cases), but Patek takes no shortcuts. Among some other watchmakers, cases are cast and machine-finished, often at an outside shop; at Patek Philippe, cases are mostly made in-house, often forged from solid pieces of gold or platinum.

Patek uses traditional case-making techniques that hearken back to the 1800s and are forgotten by all but a few people in the entire modern watch-making industry. The cases look so simple and natural, but making one requires know-how that’s been passed along from generation to generation, just like the watches themselves. And that’s the way it should be. That’s the beauty of a Patek Philippe.

Tags from the story
Patek-Philippe, Quora