The exquisite Instrumento Novantatre timepiece, unveiled in 2007, is back to woo its audience in a fancier and upgraded version. The new Instrumento Novantatre is available in three variations: ruby, blue sapphires, and a diamond-set version. According to the version, each case of the timepiece is fitted with baguette-cut rubies, blue sapphires, or diamonds. The stones are adorned distinctively to create a striking contrast with the gem setting on the dial. Sure to mesmerize one and all, this gem-studded timepiece is simply breathtaking. The oversized 9 and 3 numerals are a distinct feature of the dial of this timepiece set with baguette-cut black or white diamonds, blue sapphires, and rubies. Powered by a self-winding movement, this timepiece also displays the date and months.

Matching the unique dials and completing the look of the breathtaking creation are the straps in pink stingray for the ruby version, in blue stingray to match the blue sapphires, or in black alligator leather for the diamond-set version. A true jewel, the new Instrumento Novantatre has made time keeping a dazzling affair. 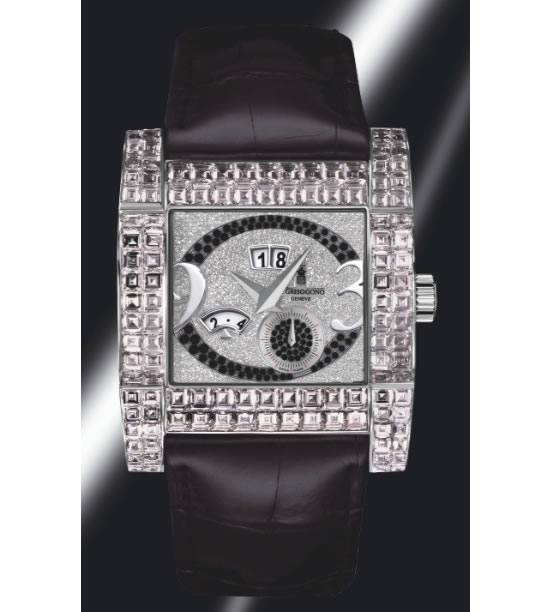