After impressing us with the Moon Invader 40 timepiece, RJ-Romain Jerome have debuted not one but two stunning creations, this time to mark the 100th anniversary of the launch of the Titanic. Paying tribute to the ship that inspired the watchmaker’s first timepiece collection, the two celebratory timepieces have been christened Steampunk Auto 100th Anniversary and Steampunk Chrono 100th Anniversary.

Both models are encased in a 50 mm diameter case featuring distinctive rough and raw finishes. The timepieces boast of a bezel in oxidized and then stabilized steel stemming from a fusion between metal from the legendary wreck lying 3,840 meters under. That was provided by the Harland & Wolff shipyards where the Titanic was built. The mobile propellers appearing on the dial are also created using the same process and are reminiscent of those on the ship. 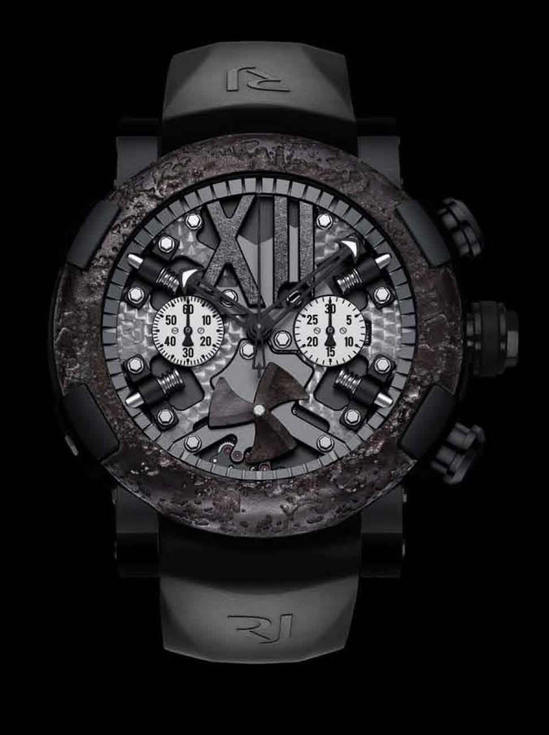 The caseback flaunts a unique medallion commemorating the launch date of this legendary ship. Both limited-edition offerings, the two models, will be restricted to only 100 pieces each.
[Timezone]