Meticulous, detailed and beautifully complicated are the three words that aptly define these premium timepieces. While each watch reflects tedious collective efforts in its making, it’s only a select few that are graced as -The Grand Prix D’Horlorgerie de Genève Finalists each year. Continuing its annual quest in finding the best of the best in the watch world, the GPGH (The Grand Prix d’Horlogerie de Genève) has customarily listed its convoluted favorites. After the best jewelry watches of 2016 we bring to you through our personal ensemble of the 7 most complicated watches for the year: 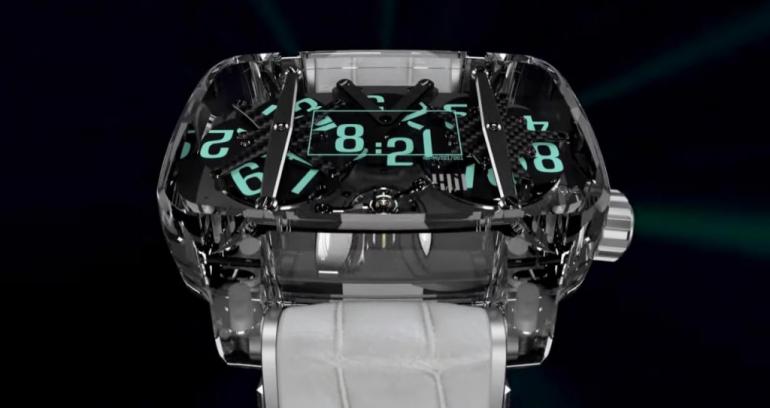 7. 4N Sapphire Planet | 318’000 CHF ($328,450) – Carrying opulence in the name itself, the 4N is a sapphire cased beauty that displays an equally mind boggling mechanical complicacy. An intricate series of overlapping and rotating discs (four discs for the hour, five for the minutes, and one for the ten-minutes), that literally jump within its structure, give it a digital-like time display. Backed with a 514-component caliber and 78 jeweled bearings in an infamously fragile sapphire-crystal frame, this François Quentin’s timepiece is produced in a very limited edition of 3 pieces, each of which retail at a whopping figure of $328,450.

READ:  The BRM Record-TB timepiece stands out with a dashboard-like case 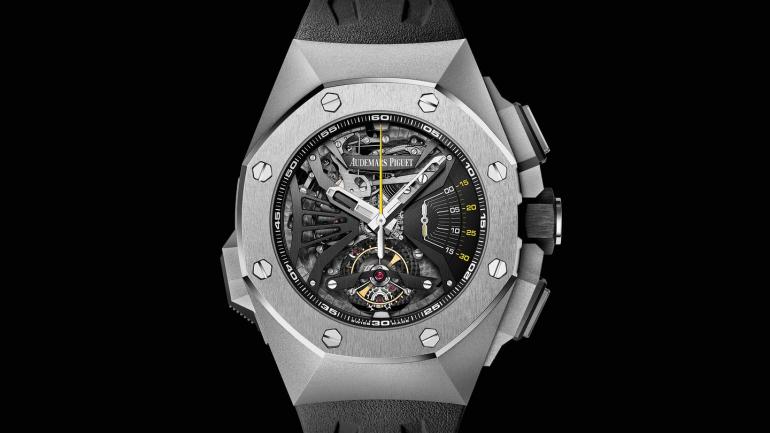 6. Audemars Piguet – The Royal Oak Concept Supersonnerie | 561’600 CHF ($580,000) – When a watchmaker files 3 patents for his horological work, you know a great deal of innovation (read complexities) has gone into the making of the resultant timepiece. Well, that quite the story of the Audemars Piguet. Bringing you the minute repeater technology in a refined new form, the watch uses gongs and chiming sound movements that present unparalleled acoustics. Fitted in a 44mm titanium case, it carries 43 jewels, 478 parts and a Hand-wound Manufacture Calibre 2937, apart from featuring a tourbillon chronograph with central sweep-seconds hand and a 30-minute counter, a 20 meter water resistance, and an exceedingly well built governor. This one truly redefines horological supremacy!

READ:  Fancy a $55,000 mechanical weather station for your desk? 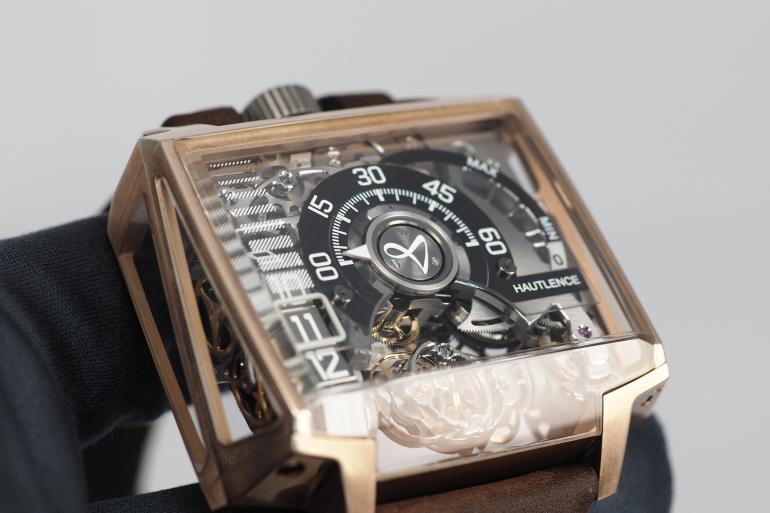 5. Hautlence Vortex Bronze | 170’000 CHF ($175,700) – Following its’ titanium and gold counterparts, the pricey and extremely complicated Hautlence Vortex is now available in a dazzling bronze. Matching shoulders with Supersonnerie, Vortex too boasts of three patents to its credence. The timepiece features a self-winding HL2.0 mechanical calibre with half-trailing hours, a cage with a regulating organ that rotates 60 degrees every 60 minutes, mainspring barrels (one for time-keeping, and one moving the hour-chain) and a speed regulator (governor) that ensures that the hour display changes in a controlled and jerk-free manner- all of which are visible via an openwork design case that is an intrinsic make of six futuristic sapphire crystals. For being the tricky magic box that it is, the (52 x 50 x 17.8) Vortex weighs as less as 75 grams. Though not heavy on your wrist, a piece from this limited edition of 8 will bear you down by $175,700 for each.

Louis Vuitton buys the world’s second-largest diamond – A 1,758-carat wonder the size of an egg