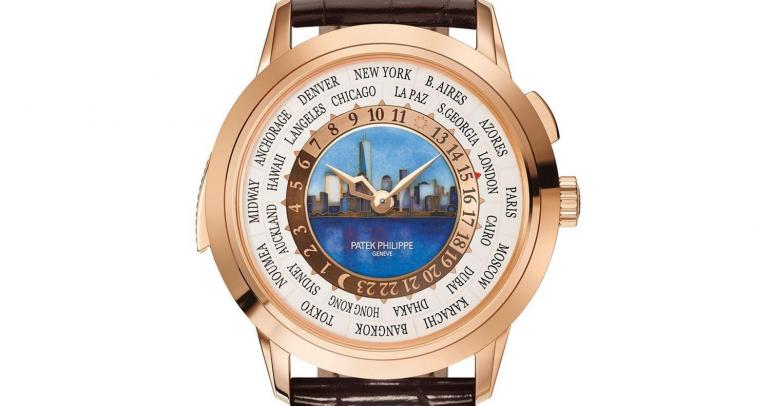 Patek Philippe Ref. 5531R WorldTime Minute Repeater
Last year, Patek Philippe introduced the extremely limited edition 5513R World Time Minute Repeater at its Art Of Watches Grand Exhibition in New York. Exclusively meant for the United States with only ten examples made, it was the first watch of its kind: a minute repeater capable of chiming the local time, in any of the 24 reference time zones. Patek Philippe has now added the incredible 5513R timepiece to its regular collection, which replaces the Manhattan skyline on the dial with a grand feu enamel dial showing the Lavaux vineyard terraces on the shores of Lake Geneva – a UNESCO world heritage site.
Price: CHF 495,000 (US $515,000) 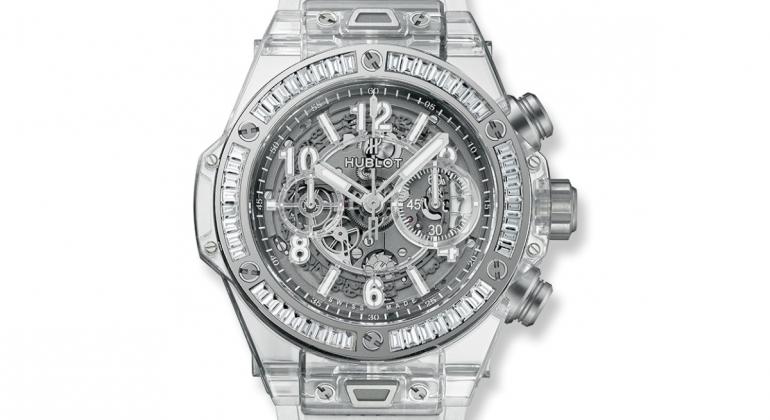 Hublot Big Bang Sapphire Tourbillon
Just when you thought Hublot couldn’t get any crazier with its application of sapphire crystal, the watchmaker has gone ahead and launched a completely transparent watch, including the case, dial, straps and tourbillon movement. Representing the “Art of Fusion between clarity and purity,” Hublot Big Bang Sapphire Tourbillon is a breakthrough in the technical and aesthetic use of sapphire. The crystalline connections disappear to reveal the skeleton mechanics of the tourbillon, for which the cage is held in place by a strip cut from sapphire, creating absolute transparency.
Price: To be announced 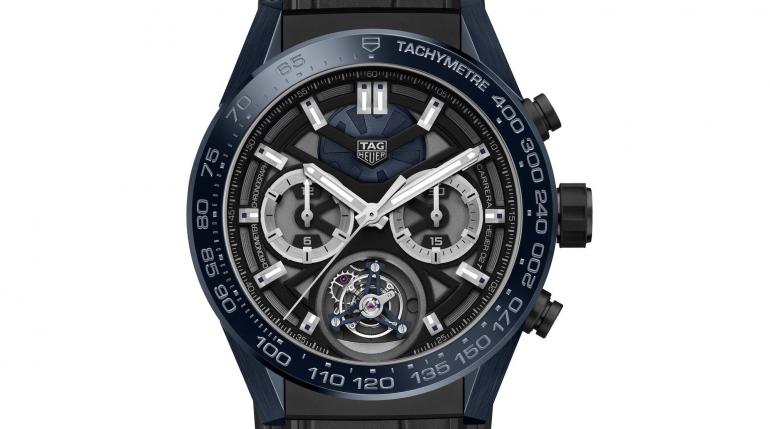 Tag Heuer Carrera ‘Tête de Vipère’ Chronograph Tourbillon Chronometer
To celebrate the 55th anniversary of the Carrera, Tag Heuer’s major product line, the brand has introduced a limited edition tourbillon chronograph chronometer certified by the Besançon Observatory of France. The certification, which translates to “Viper’s Head” in English, is exceedingly rare and has been awarded to only 500 watches till date. The watch comes in 45mm blue ceramic case that houses the watchmaker’s new Heuer-02T movement. The watch will be available in a limited edition of 155 watches as an allusion to the 55 years since the Heuer Carrera was created.
Price: To be announced

Blancpain Villeret Tourbillon Volant Heure Sautante Minute Rétrograde
Blancpain arrived at this year’s Baselworld show with what appears to be one of the biggest watch names. The new timepiece – the watchmaker claims – is a reinterpretation of the brand’s flying tourbillon, which was the first of its kind to equip a wristwatch at the time of its launch in 1989. Blancpain has paired it with new complications – jump hours and retrograde minutes – for the new model. The new timepiece arrives in a 42mm case in 18K red gold paired with either a leather strap or gold bracelet. There’s also a platinum version, which will be limited to just 20.
Price: Yet to be announced

Be sure to check out our pick of the best women’s watches from Baselworld 2018.