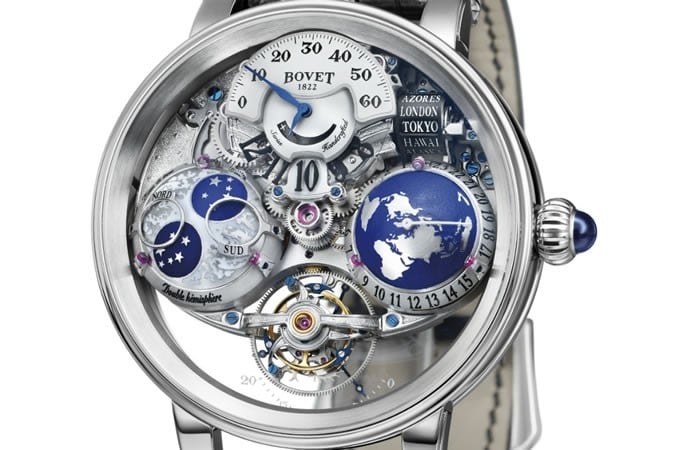 One of the most eye-catching details of this watch is the one hemisphere world map created in 3D by a cartographer who was specially commissioned for this task. With this, a user can literally “see” every time zone and tell the time of any one of the 24 cities at once. To put this feature into play, all a user needs to do is push down on the crown and the city roller above the hemisphere displays the selected city. The watch uses a hand-wound 17DM01-HU movement by Dimier and a one-minute tourbillon escapement running at 21,600 vph (3 Hertz). The watch also displays the phases of the moon and comes in a white or red gold case with a diameter of 46 mm and a thickness of 18.15 mm. 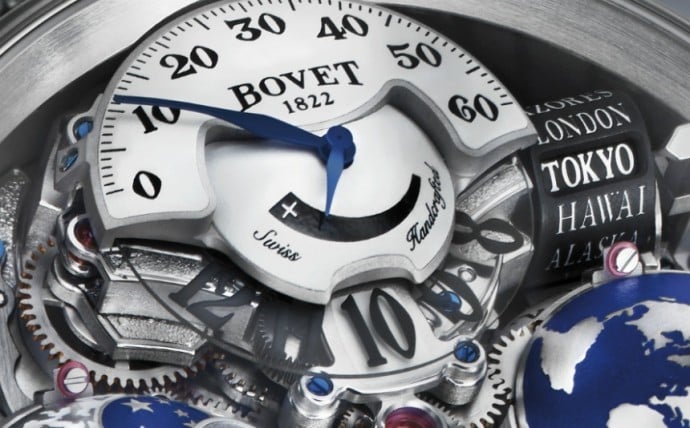