Jaquet Droz is celebrating the 300th birth anniversary of the company’s founder, Pierre Jaquet Droz, and has released a brand new rendition of its beloved Bird Repeater – an incredible timepiece that combines an automaton with a minute repeater complication. Representing the essence of the House, Jaquet Droz Bird Repeater “300th Anniversary Edition” features a beautifully crafted dial in white mother-of-pearl and black onyx that gets appliqués in 18K red gold. The scenery on the dial is inspired by the verdant valleys and rivers of La Chaux-de-Fonds, while the farmhouse in the background is a replica of Pierre Jaquet-Droz’s birthplace. Two robins in the foreground are perched on a nest that contains two hungry chicks, and an egg in the middle hatches that hatches to reveal another chic when the automaton is activated. The foreground is also decorated with colorful flora and fauna, including the flower, red berries, holly leaves, a blue butterfly, a dragonfly, and a grasshopper.

Powering the stunning Bird Repeater is the in-house, manually-wound, Jaquet Droz caliber RMA88 movement housed inside the 18K red gold case in 47mm. The exquisitely finished internals of the movement can be viewed from the transparent caseback. The movement beats with a frequency of 18,000vph and offers a power reserve of 48 hours. The watch is paired with a handmade black alligator strap with an 18k red gold folding clasp. The Bird Repeater 300th-Anniversary Edition is limited to just eight examples and is priced at EUR 544,700 (roughly $650,000) apiece. 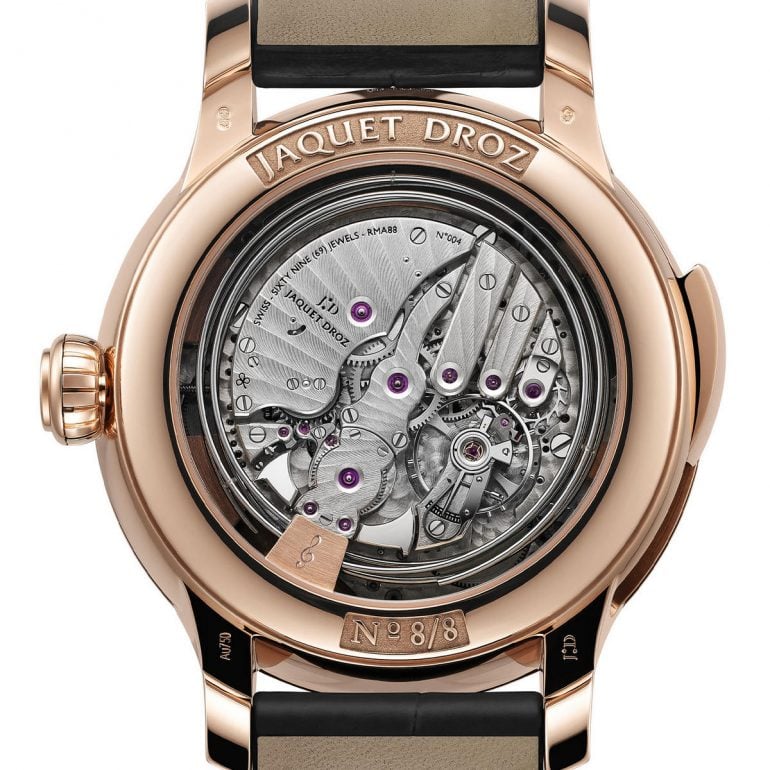 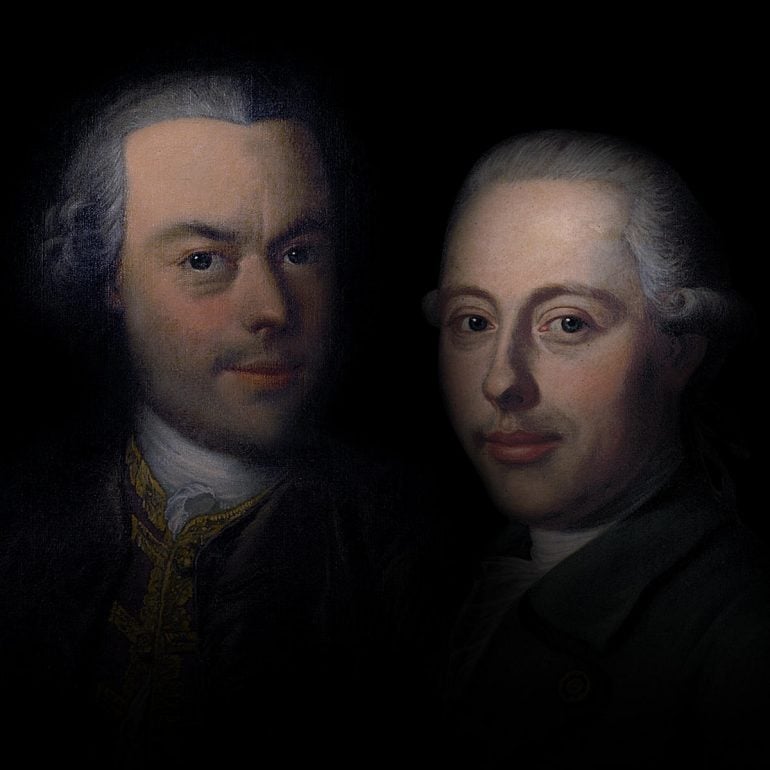 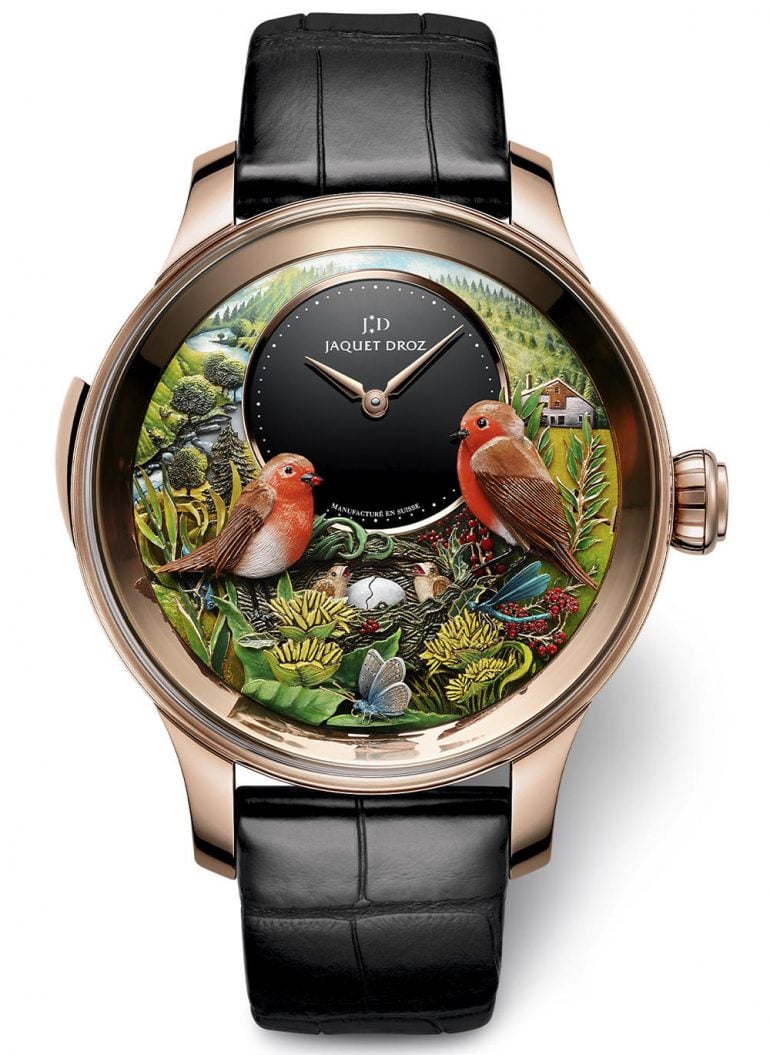 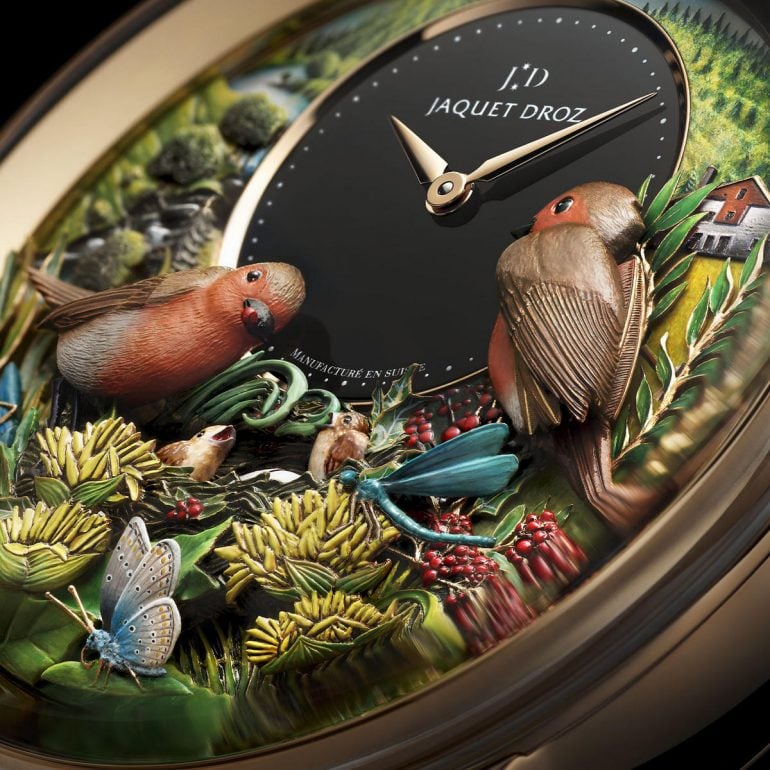 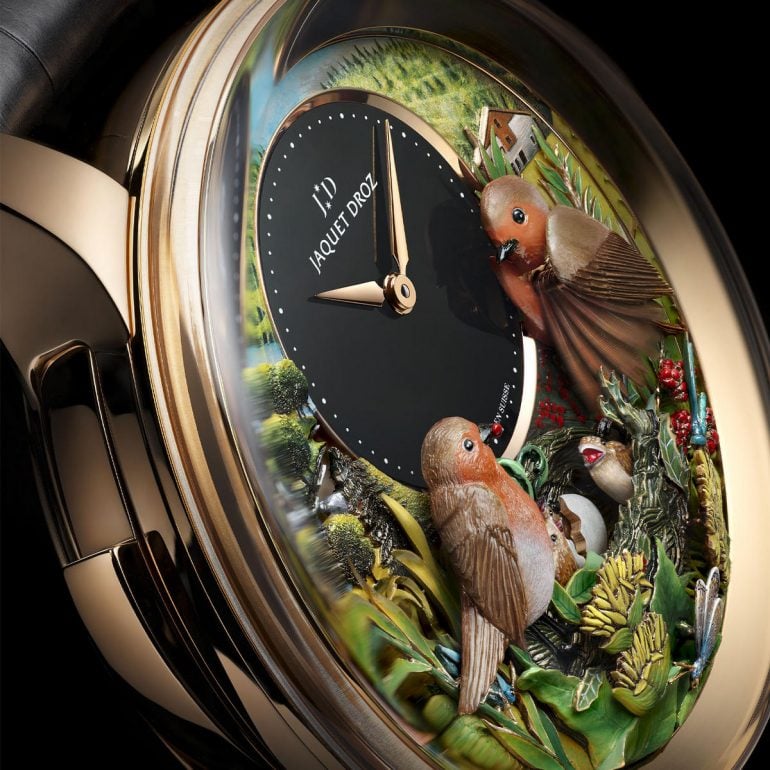