If there’s anything I learnt from Mad Men, it is and I quote, “You need three ingredients for a cocktail. Vodka and Mountain Dew is an emergency.” And also that, “Advertising is based on one thing, happiness. And you know what happiness is? Happiness is the smell of a new car. It’s freedom from fear.” In this case, happiness is Chanel’s bold and stylish advertising campaign. Capturing models in cleverly imagined scenarios where their limbs resemble the hands on a watch it outdoes anything we ever heard Don Draper say. Called “L’Instant Chanel”, it is the fashion house’s first watch campaign in over a decade and shot by none other than renowned fashion photographer Patrick Demarchelier. 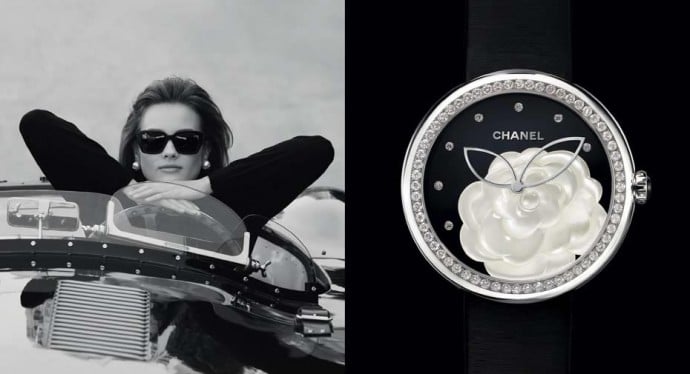 With names like Fei Fei Sun, Jac Jagaciak and Sharam Diniz juxtaposed against Chanel Premiere, J12 and Mademoiselle watch collections, the 15 double pages come alive in, or rather despite the black and white visuals. First unveiled at Baselworld watch fair last month, the campaign is styled by Carlyne Cerf de Dudzeele and will be out in the June issues of several glossies, followed by other print media and digital press next month. Expect to find anything from a swimmer’s dive replicate the precise angle of ten past eight to a pair of heeled legs emerging from a vintage car at three minutes to one. Our verdict? Chanel should do this more often. 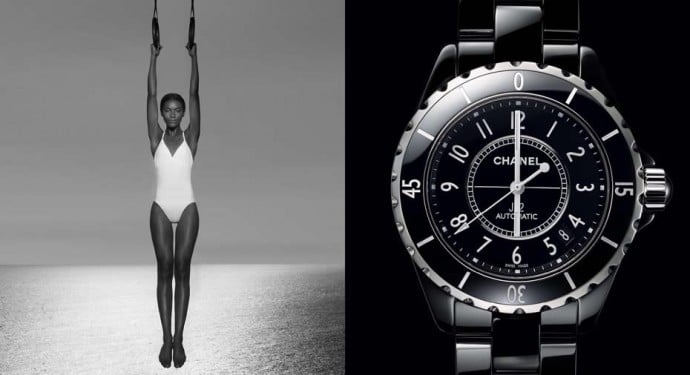 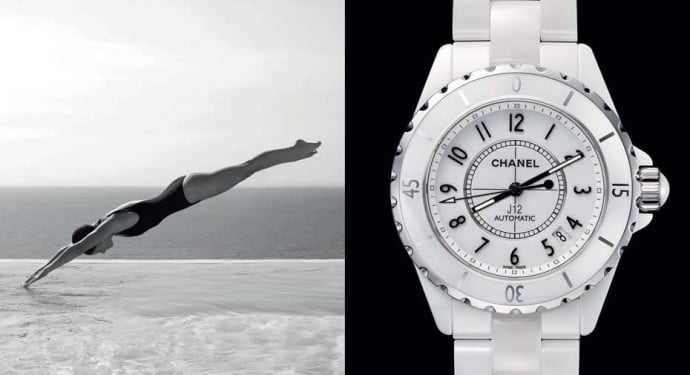 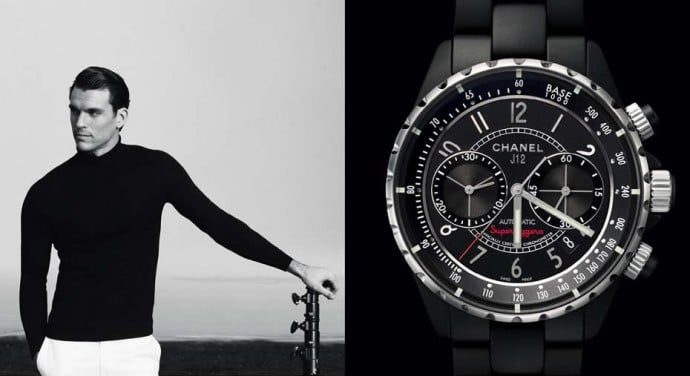