London-based company TMB Art Metal is well known for creating stunning collectibles, art pieces, and jewelry fashioned out of recycled parts from historically important automobiles. Their latest creation is a table clock built using the original piston and connecting rod from the Bentley Works Speed Six ‘Old No 2’. The Bentley Speed Six was introduced in 1928 and it went on to become the most successful racing model to wear the Bentley badge. The Old No 2’, chassis number HM2868, was built by Bentley specifically to compete in the 1930 Le Mans race in which it came second behind stablemate ‘Old No 1’. The pistons and connecting rods were removed from the rare Bentley during its 2005/2006 restoration by Graham Moss of R C Moss. TMB Art Metal claims that the conrods are original and although “there is no way to verify this, but they appear period 1930.” The set of six pistons and conrods acquired by the UK company have been converted into really special Bentley Old Number Two Desk Clocks. 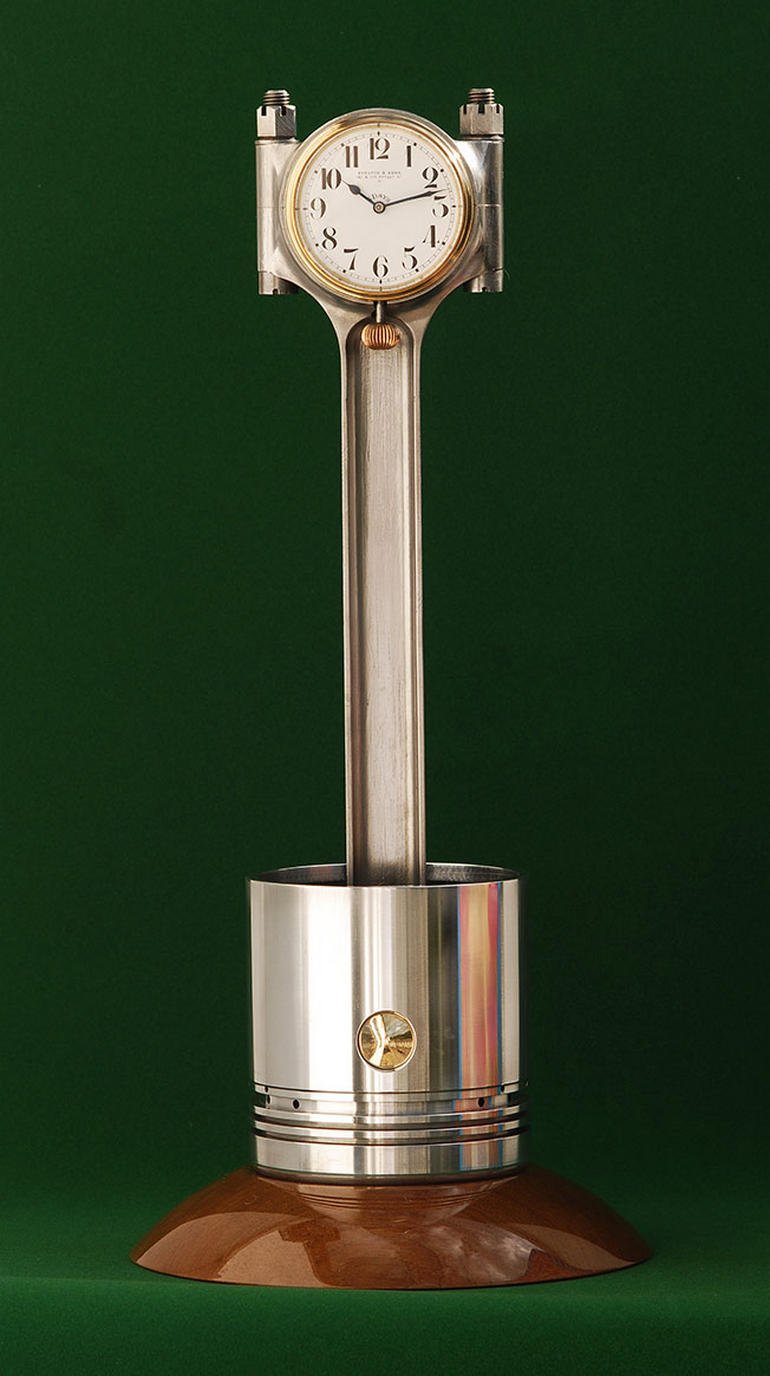 The steel conrods measuring 340mm appear to be from 1930 but the pistons are relatively modern and probably installed in the race car in the 1980s. Out of the six Bentley Old Number Two Desk Clocks, the one in the pictures is fitted with a desk clock by Edwards of Regent Street from 1920 which is equipped with a high-quality Swiss movement. TMB Art Metal says that such period clocks are difficult to find and that’s why all the subsequent desk clocks by the company will be different, adding individuality and uniqueness to all the six pieces. The company also offers the choice between a genuine piston from the Old No 2 that’s not old or an original and old Speed Six-piston which has no association to Old No 2. The piston and conrod preserve the original patina and intentionally have not been over-polished. To mark their uniqueness, each of the six desk clock has a brass disc at the back of the timepiece which is individually numbered and carries other information. It is priced at 4,750 GBP ($ 6,200). 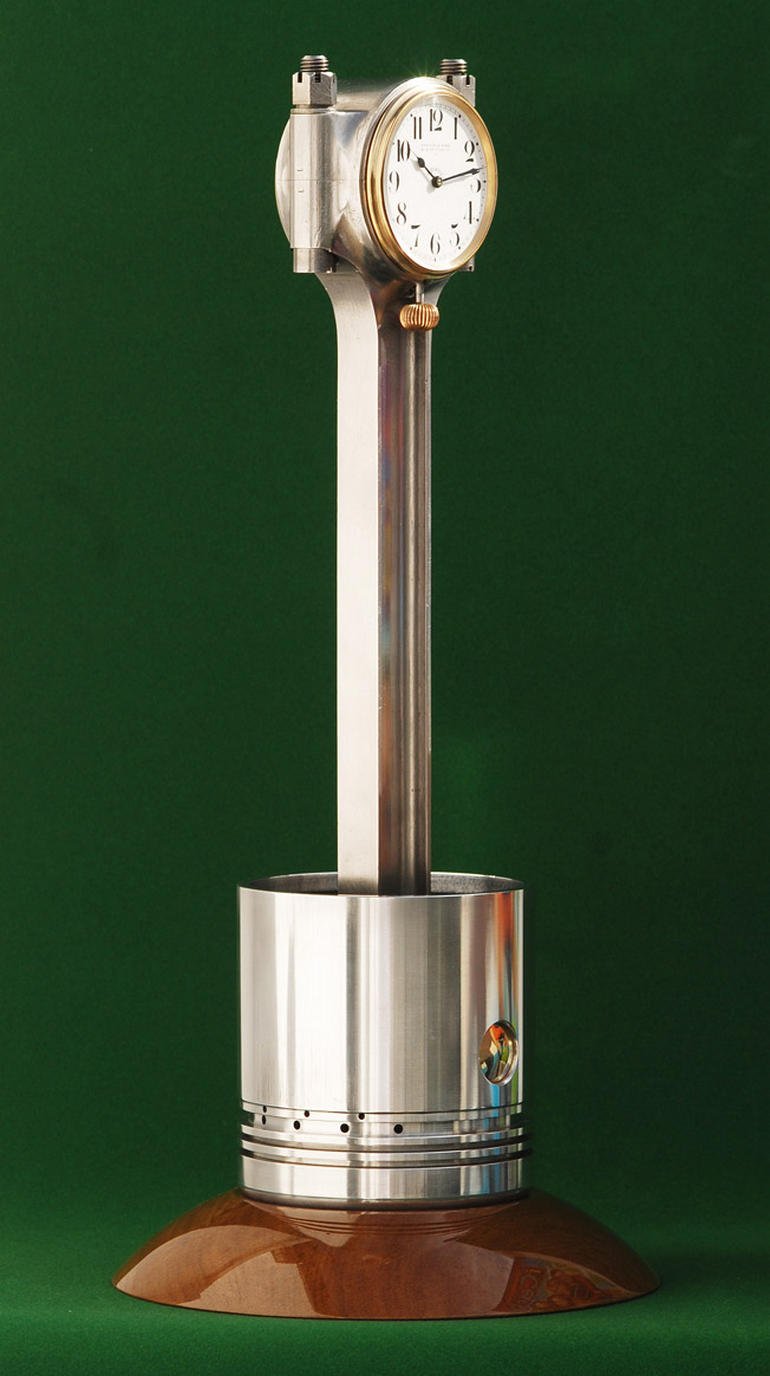 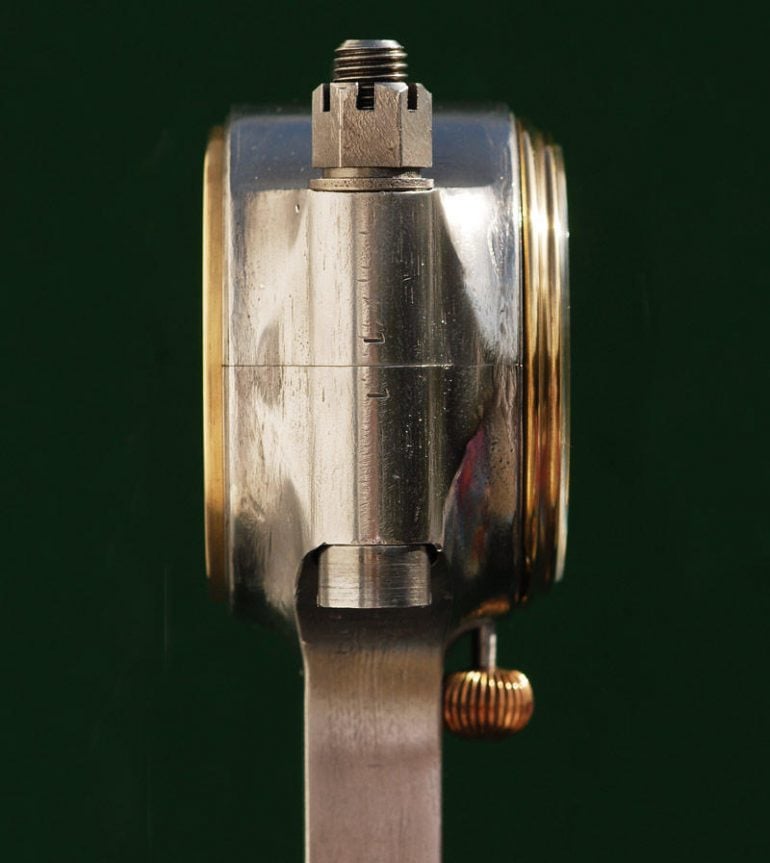