In the league of horological biggies, Tiffany & Co. is slowly but surely rising to the top positions. Surprisingly enough, the premium jewelry brand has been making headlines with a series of watches, one of which is this archaic charmer that comes with a luxurious square dial and an encryption of Arabic numerals! 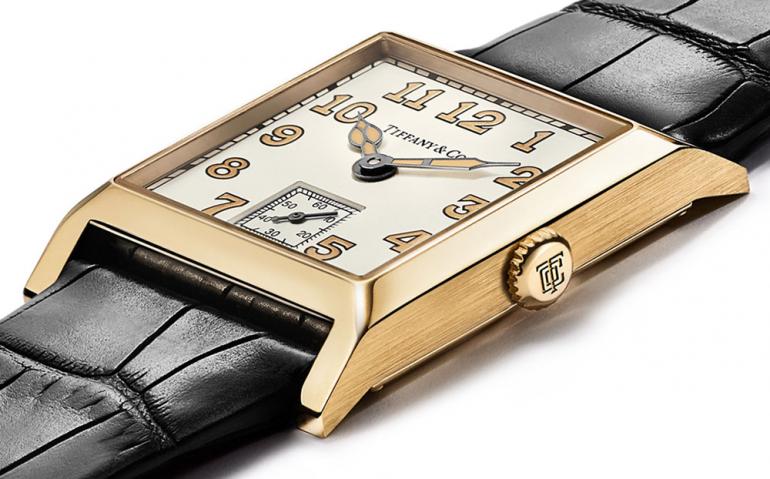 Some serious prodding reveals, that the new Tiffany & Co. watch is an ode to one of the brand’s self-manufactured piece from the 1920’s. Reproduced in a unique new form, the watch retains much of its old-world charm with a movement that is perfectly engineered and incorporated into a square shape. The luxe time piece features a 27mm square case in yellow gold, with relatively shorter lugs at 38.88mm, lengthwise. It’s ancient cathedral hands, Arabic numerals for hours and a small second sub dial at 6 o’clock, further give it a well-rounded old-school feel, that the watch is coming to be known for. 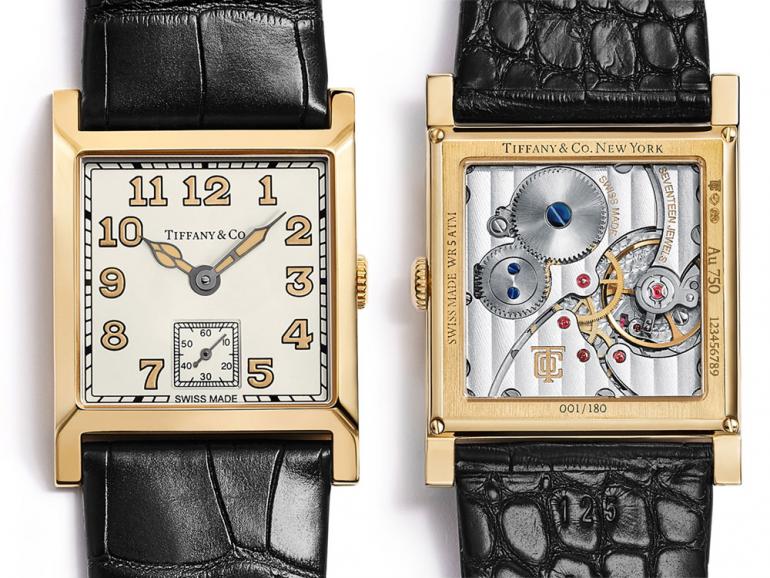 The hand wound movement inside it is touted as Tiffany & Co.’s very own, even though it resembles the ETA 7001 to a large extent. It carries 17 jewels and a 42-hour power reserve in a sapphire crystal display case back. Curated especially for the brand’s 180th anniversary, we see no better way to celebrate its long-lasting phenomena than with the reveal of the special ‘Tiffany Square’! The extravagant time piece will retail at $17,889, with only 180 limited editions available for purchase. 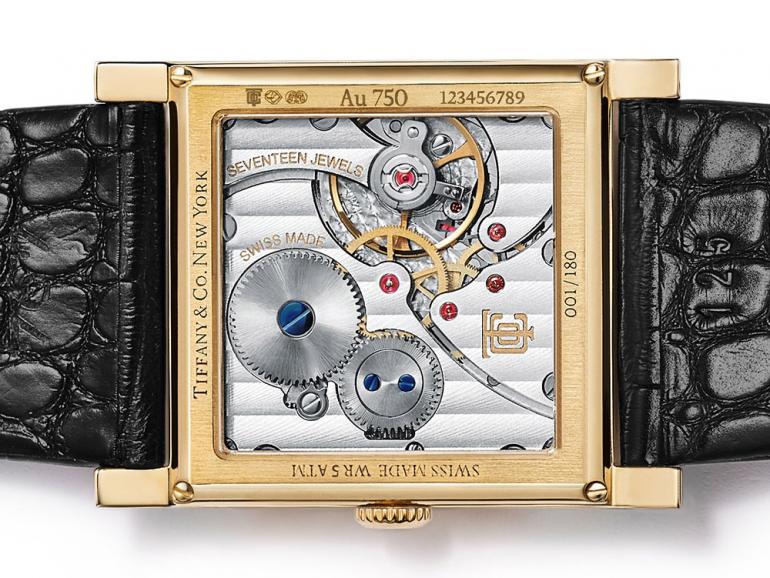 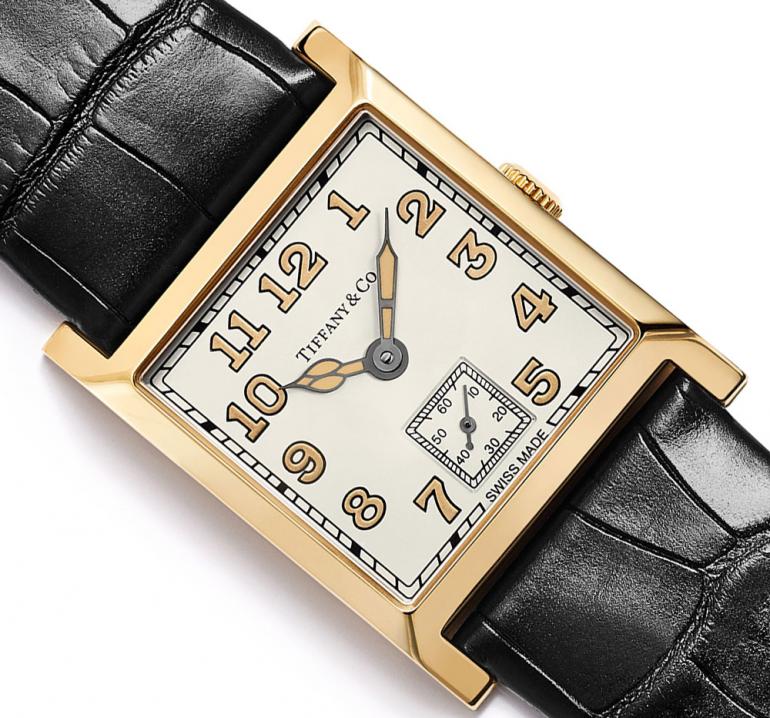 Tags from the story
Tiffany