Now that we are in the month of June and with the summer season officially here, Swiss watchmaker Ulysse Nardin has unveiled its hottest watch – the Skeleton Magma X. as the name suggests, the timepiece is themed after red hot magma which is depicted through the use of carbon fiber and red marbled epoxy resin that gives the timepiece a scorching look of flowing lava. Described as “a watch for the endless, warm summer days,” the watchmaker says the timepiece is “stripped down to its essential components like a high-end racecar, it is ultra-light, scratch-resistant and streamlined.” The round 43mm case made of carbon fiber is paired with black calfskin leather strap featuring black stitching. 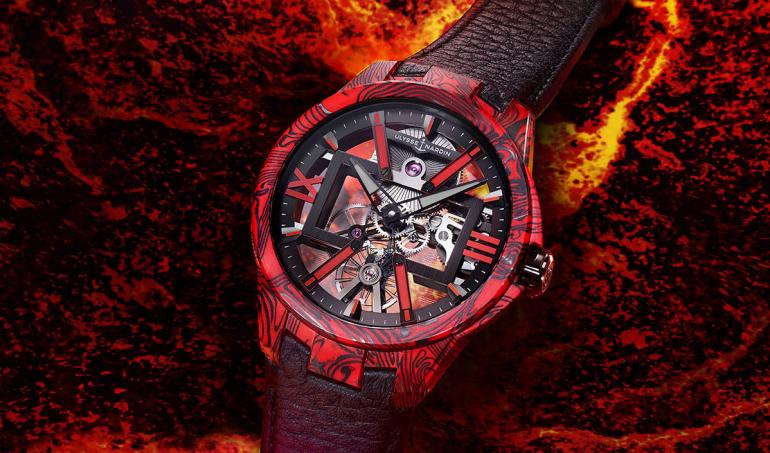 On the skeletonized dial, an “X” shape is created with four indexes, with an inner rectangle and Roman numerals on each side. “Accessibly priced, each Skeleton X Magma is fitted with the UN-371 movement, a 3 Hz Silicium balance wheel and Silicium minuterie gear train. Red Roman numerals mark the three and nine o’clock positions and the index and hands are equipped with red Superluminova for nocturnal activity,” reads the description on the watch on Ulysse Nardin’s official website. The UN-371 movement offers a four-day power reserve. There is no word on the price as of yet.