James Bond has worn watches by Omega in every 007 film since 1995’s Goldeneye, in which, Bond, played by Pierce Brosnan, wears an Omega Seamaster with a remote detonator for bombs and a laser beam to help him escape from an armored train. The company created a one-of-a-kind, solid 18k yellow gold Omega watch produced in honor of the 50th anniversary of the James Bond 007 Goldfinger film from 1964. One word was on the minds of OMEGA’s designers when they were given the chance to celebrate the 50th anniversary of Goldfinger: gold! The special edition watch was recently sold for 106,000 Swiss Francs ($113,000 approximately) via an online Christie’s James Bond auction on September 17th, 2014. What’s interesting is that the winning bid is almost eight times the estimated value of the watch.

Based on the standard Omega Seamaster Aqua Terra Master Co-Axial watch, this watch has a discreet 38.5 mm 18K yellow gold case and is presented on a matching bracelet. The dial of the watch has also been created from 18K yellow gold. The 18K yellow gold hands are coated with Super-LumiNova, making them legible in all lighting conditions. In a subtle nod to the world’s most celebrated secret agent, there is a counterweight on the central seconds hand crafted in the form of the iconic 007 logo. To compliment the watch, Omega produced a special box for the Omega Seamaster Aqua Terra 50th Anniversary of Goldfinger watch meant to look like the gold Bullion Depository building at Fort Knox, in the USA. According to Christie’s, the 50th Anniversary of Goldfinger auction raised money to support the NSPCC.org charity. 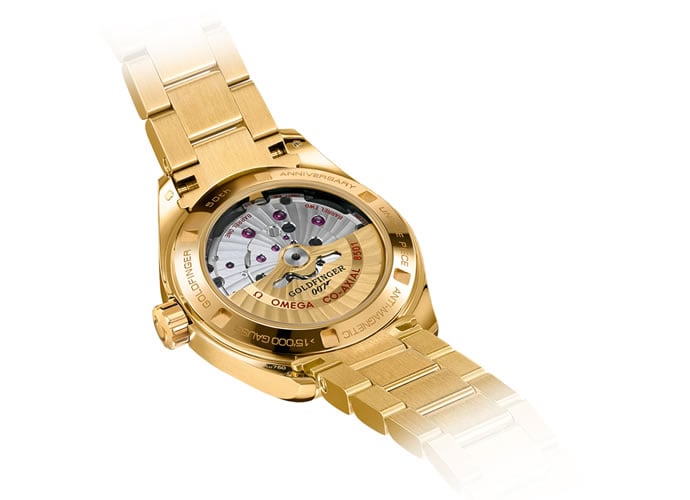 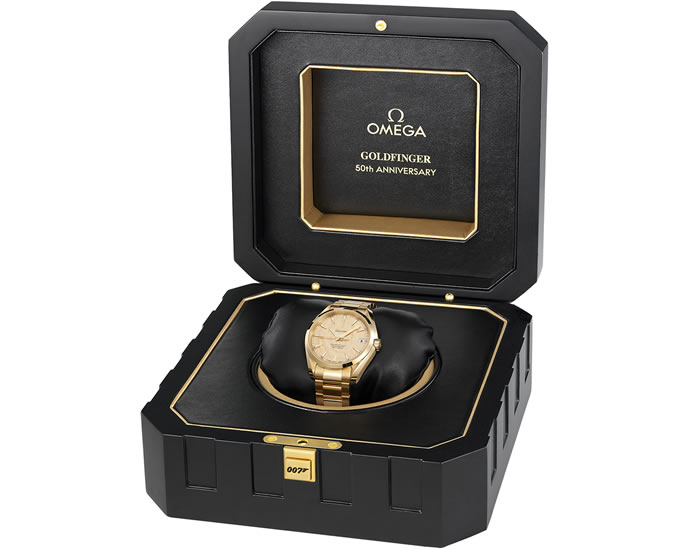 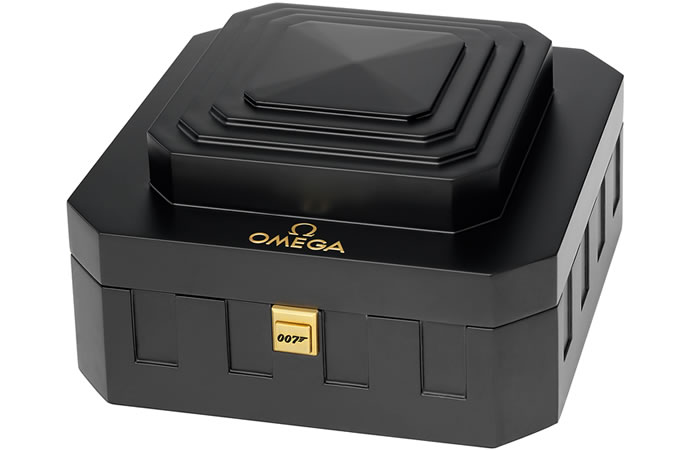