On the 20th anniversary of their brand, the watchmaker Urwerk is launching their UR-T8 watch, a timepiece that can transform itself thanks to a rotating case. When you flip the watch case, a textured caseback becomes the focus of the watch. It’s not really functional, but it seems like the brand was attempting to evoke an “is-it-a-bracelet-or-is-it-a-watch?” feeling which is often associated with women’s decorative watches. 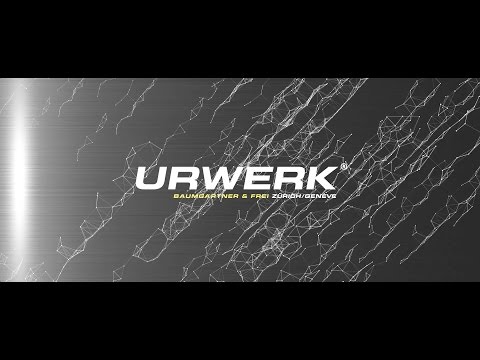 The press of a couple of buttons and a manual rotation of the case, reveals the dial which is much more interesting. The watch is equipped with a three-armed carousel system which places the 12 hours into groups of four that move along the scale of 60 minutes to tell the time both digitally and analogically. It may sound complicated, but it’s actually very easy to tell the time on this watch. This is the most elaborate carousel configuration to emerge from the house of Urwerk. 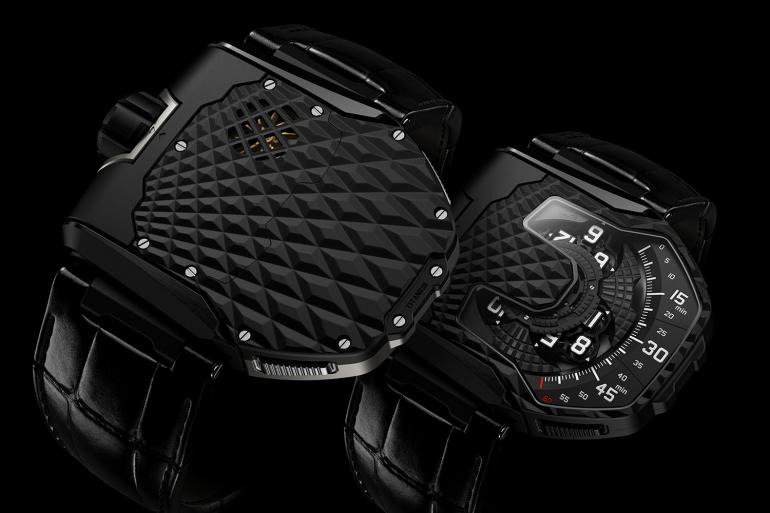 The watch is powered by the caliber UR 8.01 mechanical, automatic-winding movement which offers a 39-hour power reserve. Another technical feature is the pneumatic control of the self-winding system comprised of a spinning vane connected to the winding rotor which acts as a shock absorber to the rotor and helps preserve its winding efficiency. The watch is limited to 60 units. 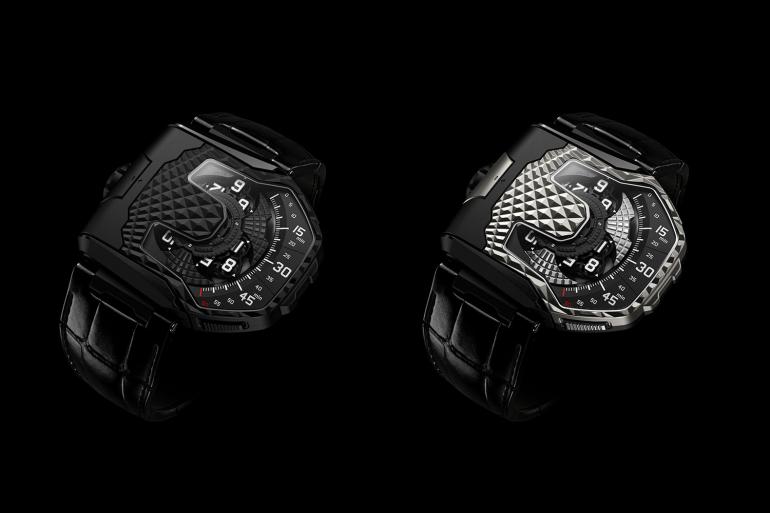 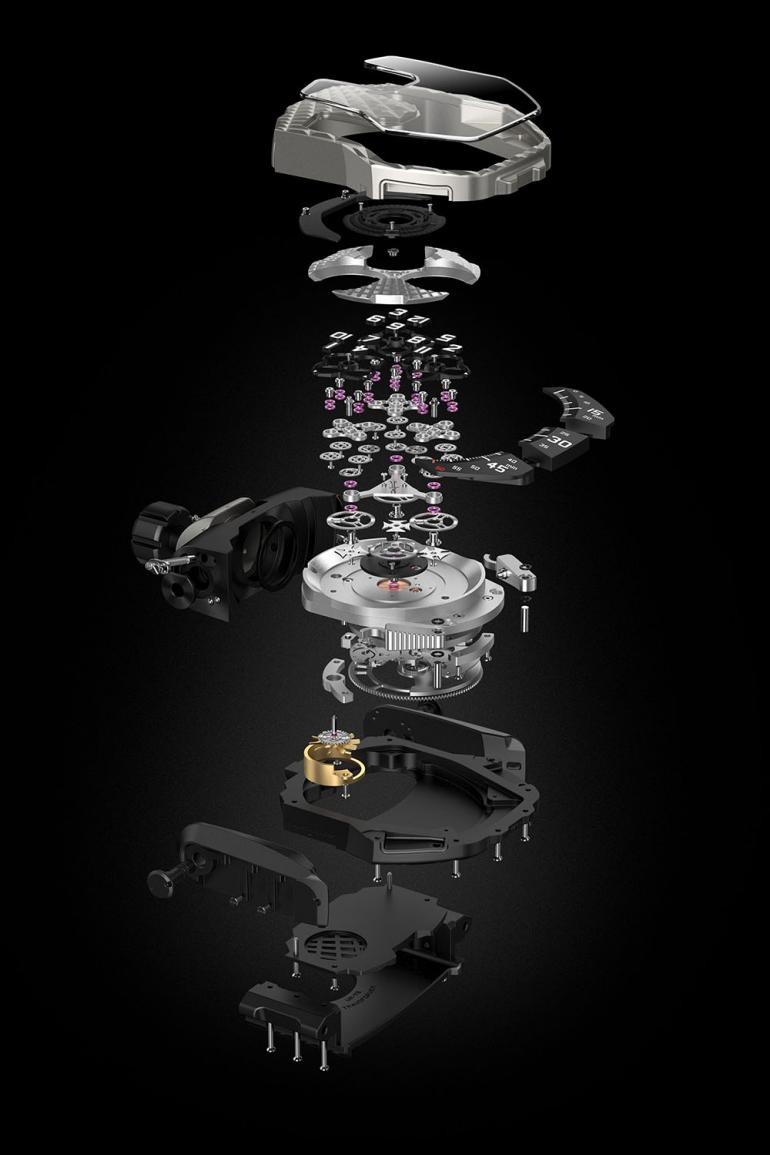