Swiss luxury watchmaker Vacheron Constantin has revealed two one-of-a-kind watches as a part of its annual pre-SIHH showcase. The two new bespoke pieces take the “Les Cabinotiers” name which pays tribute to the prestigious and most skilled watchmakers – cabinotiers. The first of the two is called the Grand Complication Phoenix, which is one of the most complicated watches Vacheron Constantin has ever made. The unique timepiece incorporates 15 horological complications, which includes a minute repeater, a tourbillon, and a perpetual calendar. Additionally, there are a number of astronomical indications like the Equation of Time, sunrise and sunset times, a sky chart with sidereal hours and minutes, the age and phase of the Moon, the signs of the zodiac, and the seasons. The complications are spread over two dials and the timepiece is powered by the 839-component manual-wound caliber 2755 BOSS. To make the watch even more special, the 47mm, 18k rose gold case of the watch features intricate hand engraving depicting the legendary phoenix bird, which took 300 hours to complete and is every bit as complex as the movement. 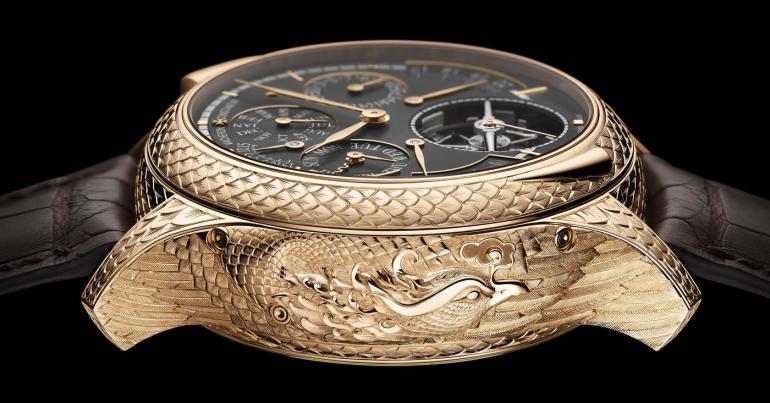 The second bespoke Vacheron Constantin watch is called the Minute Repeater Tourbillon Sky Chart which has a white gold case set with a total of 5.80 carats of baguette diamonds on the bezel, lugs and hour markers. It is contrasted by the black dial depicts the night sky above Geneva, including the Milky Way, constellations and stars. The dial rotates on its axis once every 23 hours and 56 minutes, corresponding to sidereal time. There is no word on the prices of these two unique creations, but we expect it be in the six figures. 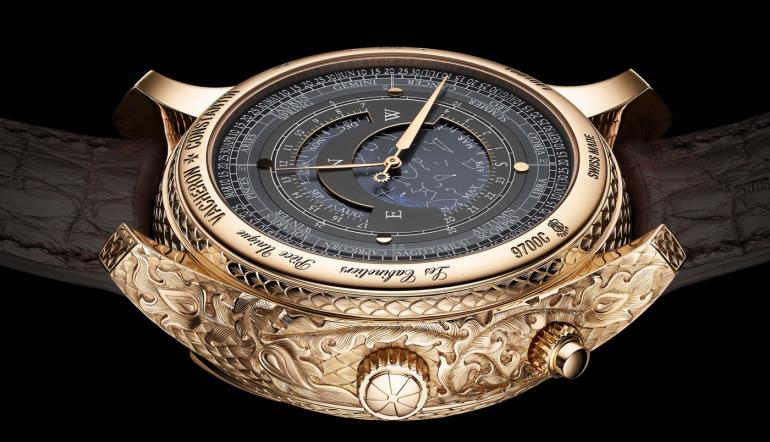 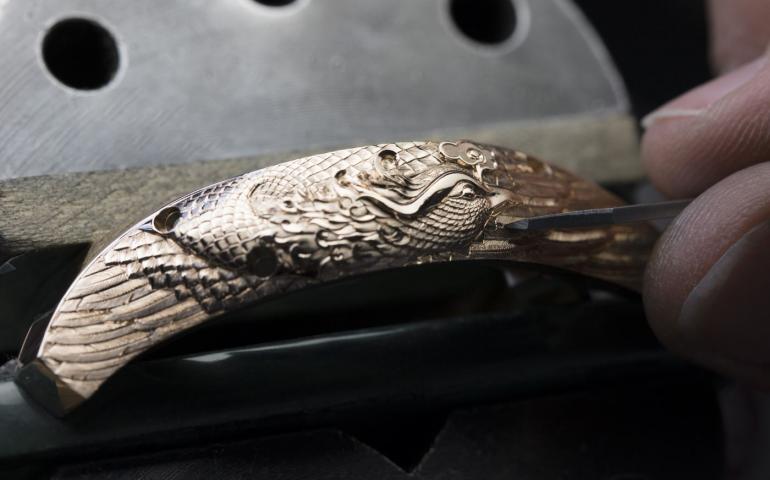