he Vacheron Constantin watches need no introduction. We had earlier spoken of Vacheron Constantin Patrimony Traditionnelle Calibre 2253 watch which was the perfect companion for globetrotting businessmen. From the same makers, comes another marvellous timepiece which is the ultimate epitome of the watchmaking art- the new Patrimony Traditionnelle 14-day Tourbillon Calibre 2260. Vacheron Constantin has touched new heights here with the fact that it meets the new Hallmark of Geneva requirements which are no longer confined to the movement alone, but also take account of the finished watch. They have developed a tourbillon calibre as pure as the case housing it thus delivering unparalleled performance.

Design engineers and watchmakers had joined hands to develop a new mechanical hand-wound tourbillion movement called the Calibre 2260, which comes endowed with an exceptional 14-day power reserve.
The architecture here has two large bridges, and large surfaces here serve to highlight the finishes laced on this movement.
Other features here include a slender bezel, a case middle with a fluted base, a screw-down case-back fitted with a sapphire crystal, facetted hour-markers (double at 12 o’clock), pink gold dauphine hands, and a historically inspired opaline silver-toned dial adorned with a variety of finishes.
This timepiece was also the first ever Vacheron Constantin which was officially approved according to the new Hallmark of Geneva criteria. 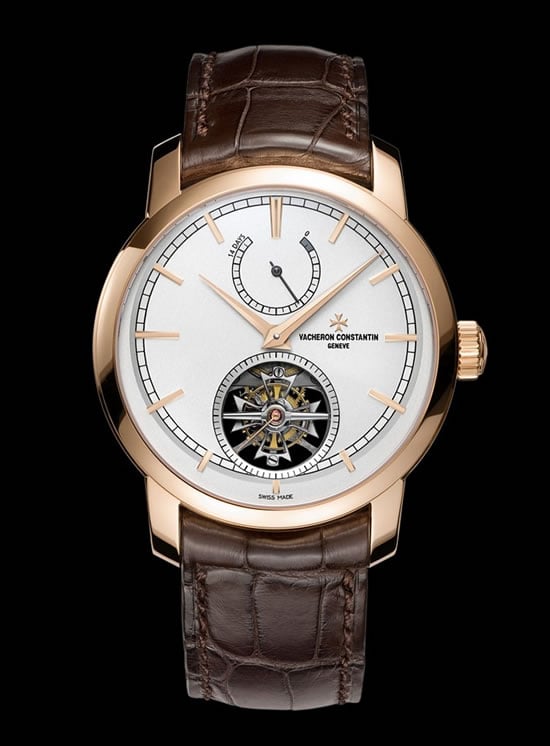 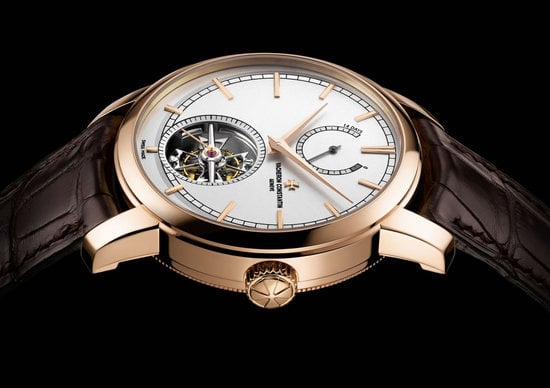 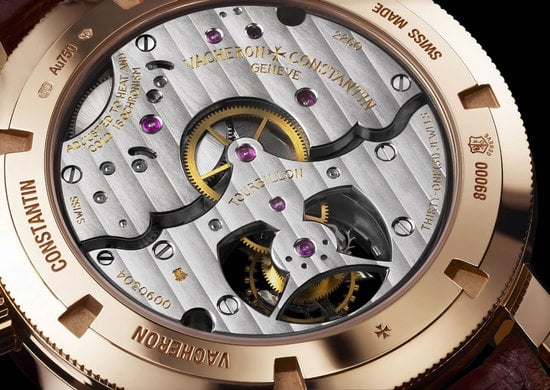