Elegance can be yours with Van Cleef & Arpels’ Ballerine Enchatee Poetic Complication, unveiled at SIHH 2013, which pays an ode to the grace and charm of a lithe ballerina at her prime. The miniature ballerina figurine is the highlight of the watch, occupying a position of pride on the dial, and is crafted with diamonds, emphasizing her waist and face. A double-layered tutu against the guilloché background adds more character and dimension to the piece, enhanced by the application of translucent Grand Feu enamel. The timepiece boasts a double retrograde movement, and adding life to the watch is this unique feature. When the user presses a button at the 8 o’clock position, the ballerina’s tutu comes to life! 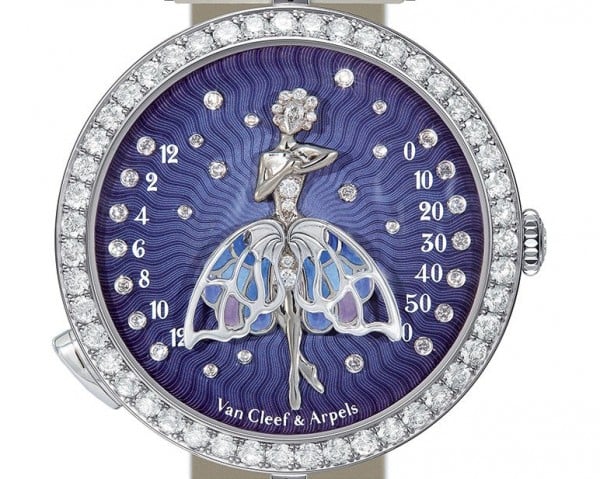 This watch was inspired by Anna Pavlova’s quote, ”I’ve been dreaming that I was a ballerina and that I was spending my whole life dancing as lightly as a butterfly…”The mechanism, however, is inspired by its watch-making heritage; that of the Magicien chinois pocket watch from 1927.

Tags from the story
SIHH, Van-Cleef-and-Arpels