What better season to think about the underprivileged than Christmas, right? And it gets even better because there’s something in it for you too! Mattel toys have got together with Janet Jackson to recreate her 2010 American Idol look into a Barbie doll, to be auctioned via CharityBuzz.com. The doll comes with Janet’s signature short hairstyle, similar body contours, Swarovski studded black gown she wore for her act, including the body-hugging cat-suit underneath. Even the mic in the doll’s hand is laced with crystals. 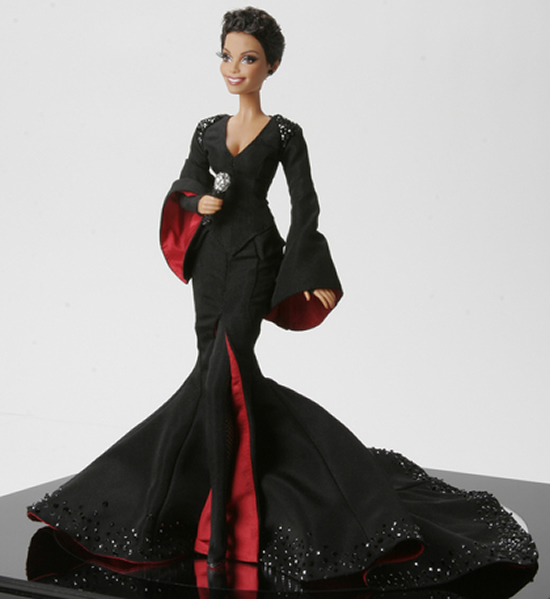 The collector’s special “Divinely Janet” Barbie Doll comes will come with a Certificate of Authenticity and a special display case. Bidding currently at $ $1,050, the dolls value is estimated at $15,000. The proceeds of the bid will be made available for the Project Angel Food.
Popcrunch