India’s royalty has kept some manage to stash away some absolutely stunning nuggets, which rarely make a public appearance. This time a beautiful jeweled canopy from India dated 150 years ago surfaced to be brought under Sotheby’s hammer. Commissioned by the then Maharaja of Baroda, Khande Rao Gaekwar, the canopy encrusted with more than 500,000 pearls, diamonds, sapphires, rubies emeralds sewn on silk was meant as a gift for the tomb of the Prophet Mohammed in Medina.

The canopy is further decorated with “Persian-style” floral vine patterns with colored beads circle the canopy, and is part of a set which also consisted of four large rectangular jeweled carpets, the last of which was sold at Qatar for $5.4 million, in 2009. This canopy, however is touted to earn $5 million as of now. 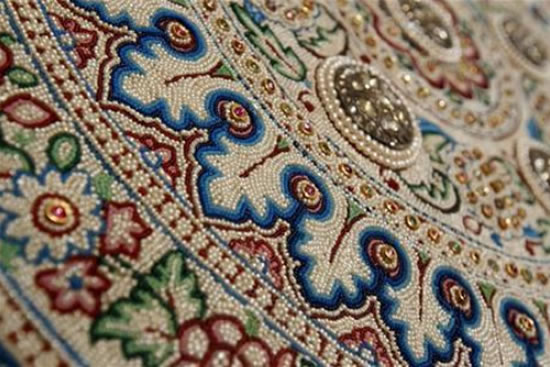