A couple of days back, we had brought you the news that a pristine copy of extremely rare Action Comics #1 containing the first ever appearance of Superman was up for sale on eBay. We had a feeling that some records were slated to be smashed by the end of the auction, and that’ exactly what happened. With an opening bid of $1 million which was made within 5 minutes the auction went live, the holy-grail of comics saw the granddaddy of all comic-book auctions and manage to fetch a winning bid of a whopping $3.2 million (or $3,207,852 to be exact). The Action Comics #1, the book that essentially launched the entire superhero industry in 1938, received an “actual bid” of nearly $2.2 million on Friday evening, with two days left before the virtual gavel fell, according to eBay’s auction site, but a late flurry of bids on Sunday night before the end of the auction brought a winning bid of more than $3.2 million.

Who made the winning bid you ask? It was picked up by none other than ComicConnect owners Vincent Zurzolo and Stephen Fishler, famous dealers of vintage and rare comic books, who sold a previous copy of Action Comics #1. That copy held the previous record by selling for $2.16 million in 2011 to Nicolas Cage. It is now the sixth comic book to sell for over $1 million. Golden Age era comic books (published from 1938 to 1950) are rarely seen in good condition, let alone pristine, but this copy was graded by the Certified Guaranty Company at a 9.0 (Very Fine / Near Mint) making it uber-rare. The comic book changed hands over the years and Darren Adams of Pristine Comics became the fourth owner of the Man of Steel’s introduction. Adams had turned down an initial offer of $3 million for the copy, believing he could probably fetch more on eBay. He wasn’t wrong after all! 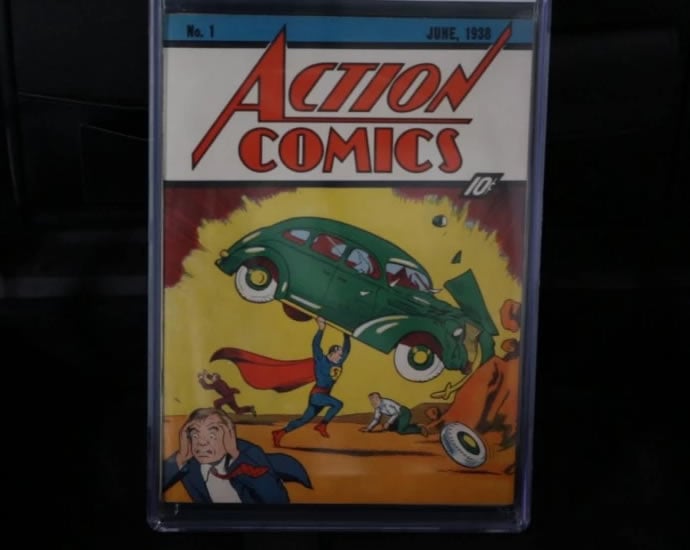