An ultra rare platinum Rolex Cosmograph Daytona with a lapis lazuli dial set a new auction record for automatic Daytonas at Sotheby’s watch auction in Hong Kong. The auction house billed the watch, Reference 16516, as “historically important and possibly unique” and it managed to fetch HK$25.37 million (US$3.27 million) including fees, which is three to six times the pre-sale estimate for the watch. The possibly unique Rolex was manufactured in 1999 at the very end of the period when Rolex used Zenith El Primero automatic movements in Daytonas. Rolex replaced the Zenith movement with its own in-house automatic chronograph caliber in 2000. What makes this particular watch so rare and special is its case and the material used for the dial. It is the only such chronograph to have appeared at auction. According to Sotheby’s, platinum-case Cosmograph Daytonas are virtually unheard of. 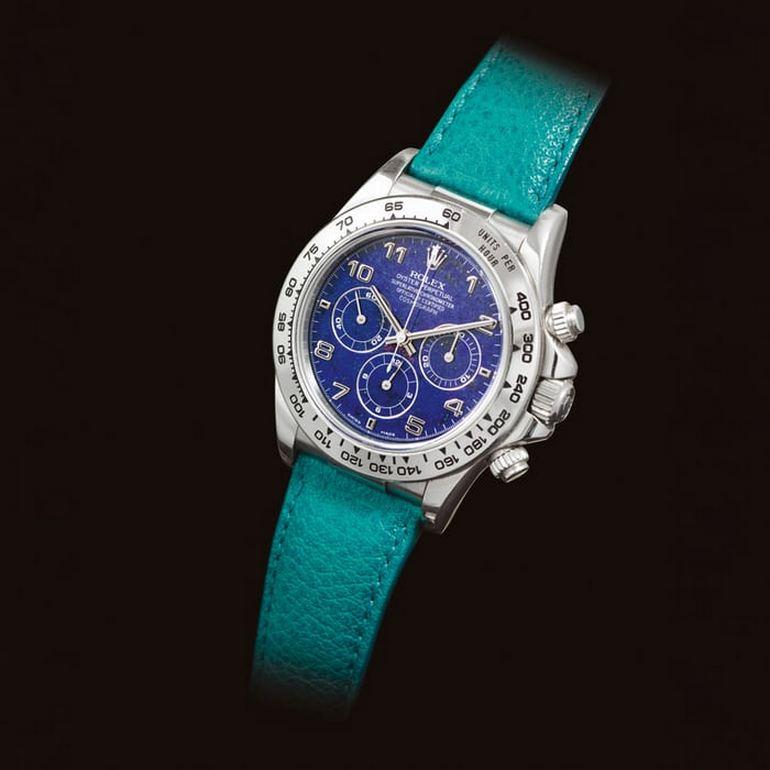 Offered by a private collector, this timepiece is only the second known example to bear the reference 16516. The other one features a dial made of black mother-of-pearl and was auctioned by Sotheby’s in 2018, which was sold for HK$6.84 million (US$872,100). In the official description of that watch, Sotheby’s wrote: “While Rolex produced automatic Daytonas only in stainless steel, yellow gold, white gold, and steel and gold, for many years, it has now been confirmed that one very lucky customer was given a unique masterpiece in 1999, and it is rumored that the late Patrick Heiniger, the famous CEO of Rolex, himself wore a platinum automatic Daytona.” The world record for all Daytonas is held by Paul Newman’s own Paul Newman Daytona, which was auctioned for $17.75 million at a Phillips auction in October 2017. 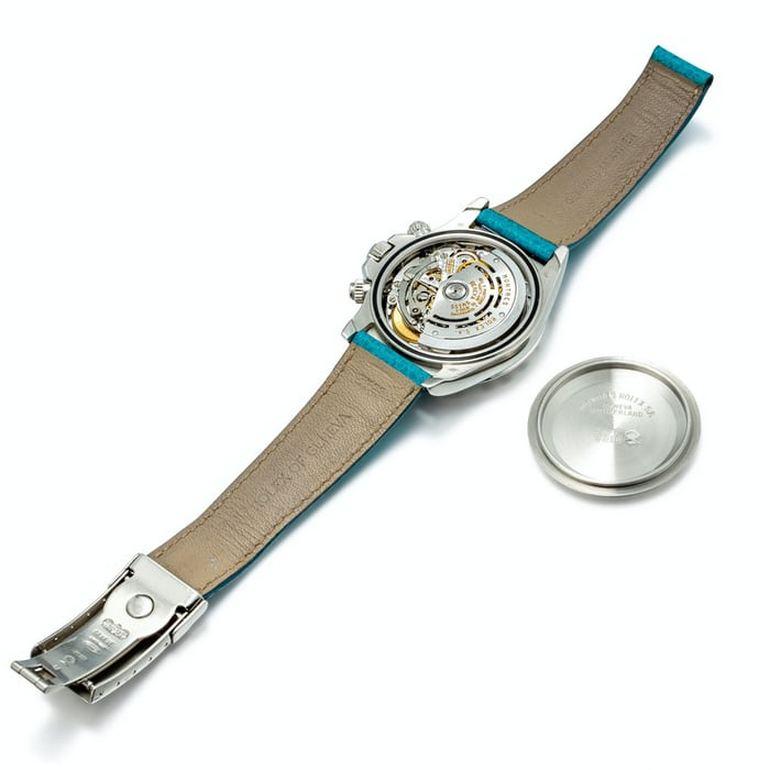 Tags from the story
Rolex, Sotheby's