Andy Warhol is an icon. He was a leading artist of the 1960s Pop art movements. He ventured into a wide variety of art forms, including performance art, filmmaking, video installations, and writing. Most of all, a very well-known photographer, and the camera became his companion since it served as a diary and sketchbook for him. It wouldn’t be wrong to call him an obsessive photographer, who took over 100,000 photographs between 1977 and 1987, most with his beloved SX70 Polaroid camera. It would interest you to know that the Andy Warhol Museum, which contains a massive archive of his creations, has it all but Warhol’s beloved camera and a lucky fan managed it buy it for $13,750 during a public auction of Photographs and related memorabilia, on Tuesday, Oct. 6, at Heritage Auctions. Finding a Polaroid SX-70 is no big deal, but one that has been used by the legendary man of many talents is rare. His personal camera was used to take pictures of celebrities (and himself), before being bequeathed to his close friend and co-founder of Interview Magazine John Wilcock sometime around 1985-1986. 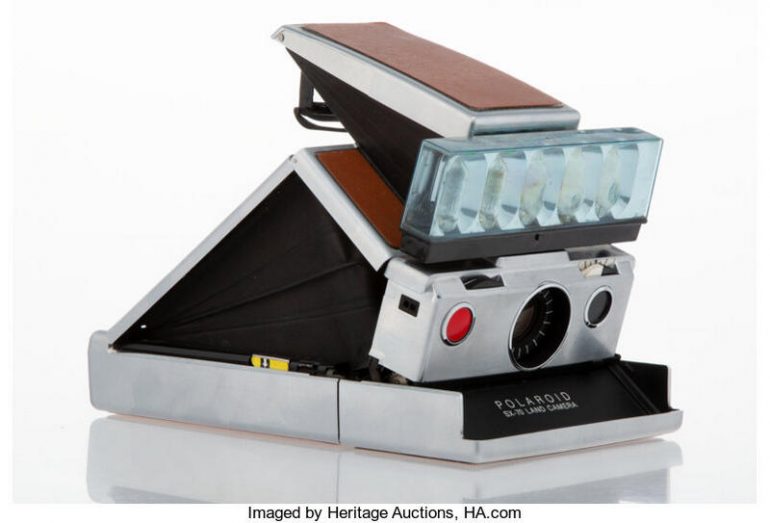 Nigel Russel, Director of Photography at Heritage Auctions, said, “Warhol was rarely without a camera, and his camera of choice was the Polaroid SX-70. He used it to take portraits of his friends and document his life.” the camera in question is chrome-plated with brown leather panels and comes with a partially used Flash Bar 10.

Tags from the story
Andy-Warhol, Cameras